Following the decision in WH Holding Limited and West Ham United Football Club Limited v E20 Stadium LLP,1 the Court of Appeal has recently considered the application of litigation privilege (and without prejudice privilege) in the context of a settlement in BGC Brokers LP v Tradition (UK) Ltd.2

The Court of Appeal clarified the application of both privileges in this context, reminding parties to be cautious when using previously privileged material for any purpose other than the conduct of litigation or without prejudice communications.

The Settlement Agreement included, in its schedules, copies of notes of Mr Cuddihy's meetings with BGC's solicitors and copies of the emails exchanged between his and BGC's solicitors on 16 and 17 October 2017. It also made reference to the email of 25 October 2017. The Settlement Agreement also included express wording purporting to confirm that privilege had not been waived in relation to the underlying communications.

This decision by the Court of Appeal confirms the position in relation to materials incorporated into settlement agreements, clarifying that if original communications subject to without prejudice or litigation privilege are incorporated into a settlement agreement, those versions will not be privileged and as such cannot be withheld from inspection by another party.

As the Court of Appeal noted in BGC, written or oral communications which are made for the purpose of a genuine attempt to compromise a dispute between the parties may not generally be admitted in evidence, either in the proceedings that they are attempting to settle or otherwise, as they are covered by without prejudice privilege.

The Court of Appeal was, therefore, clear that the issue before it was not whether the underlying documents were subject to without prejudice privilege; it was common ground that the meeting notes and emails were privileged. The question before the Court was whether those documents as part of the Settlement Agreement (included as schedules to it and referred to therein) were subject to without prejudice privilege.

Further, the Court held that the position was the same in relation to the email of 25 October 2017 which was referred to in the Settlement Agreement rather than scheduled to it. The Court found that the email had been incorporated into the Settlement Agreement and it was not possible for BGC to cherry pick those parts it claimed privilege over and those it did not. It followed that the incorporated email was a new communication made by way of the Settlement Agreement (on the same terms as the original email) and this new communication was not subject to without prejudice privilege. The policy principle behind this decision was the same as for the communications which were scheduled to the agreement; if the 25 October 2017 email was held to be without prejudice, it would not be possible for BGC to refer to the it should it need to bring proceedings against Mr Cuddihy for breach of the representations and/or warranties made therein.

The English Courts recognise that communications between parties or their solicitors and third parties for the purpose of obtaining information or advice in connection with litigation will be privileged, if all the following conditions are met:

(a) litigation was in progress or reasonably in contemplation;
(b) the communications must have been made for the sole or dominant purpose of conducting that litigation; and

(c) the proceedings in question must be adversarial, and not investigative or inquisitorial.4

Mr Cuddihy not be true and accurate; the dominant purpose was not to gather information, evidence or advice for the conduct of litigation reasonably in prospect.

The Court of Appeal therefore determined that litigation privilege did not apply to the Settlement Agreement, and as such there was no need for the Court to consider what it held to be complex issues around the requirement of confidentiality for litigation privilege, particularly in the context of communications between two parties to a litigation excluding other parties to the same litigation. Issues of common interest privilege were also raised in this regard. The Court left these issues asides until a case where "their resolution matters."

The decision in BGC is primarily a restatement of existing principles of privilege, albeit applied in a relatively novel situation. In light of the decision, parties should be cautious when entering into settlement agreements with some but not all parties to ongoing litigation in circumstances where material which is otherwise privileged is to be incorporated into a settlement agreement. This is the case whether the underlying materials are included in the body of the agreement or in schedules to the agreement, or even if they are only incorporated by reference.

It is also clear from the BGC judgment that even including express provisions in order to seek to preserve privilege in those documents will not necessarily be effective; any claim to privilege in a settlement agreement will be assessed on its own merits.

Click here to download 'BGC v Tradition: Court of Appeal continues to limit the scope of privilege in relation to settlements' PDF. 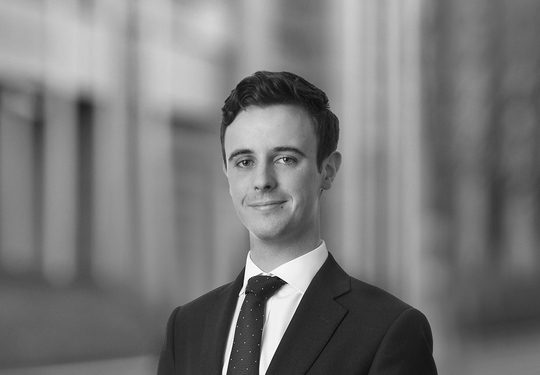