With the ever changing financing landscape and the variety of financing solutions and structures growing, White & Case has continued to deliver innovative solutions to our clients. Transactions we have recently advised on include those for TLBs, yankee loans, borrowing base facilities, pre-export financing, HY notes, private placements, a Schuldschein notes issue, ship financing, restructurings and leveraged buy-outs (including a take private). Structuring this broad array of transactions requires an expert understanding and depth of experience, not only of existing products and structures but in developing new ones to deal with regulatory developments, investor base changes and market movements. As can be expected, White & Case has been at the fore of developing solutions to the increasingly complex area of finance. Please see below more details of some recent transactions that White & Case has advised on.

• the deal was innovative as the revolving credit facility agreement and the senior secured floating rate notes, along with the additional debt issued, are regulated by two intercreditor agreements yet secured by the same security package (with different rankings)

• following a major acquisition by one of Cabot's subsidiaries of the Marlin Financial Group in February 2014, Cabot did not terminate the existing Marlin intercreditor agreement regulating the debt of the acquired Marlin Financial Group due to the existence of £150 million senior secured fixed rate notes issued by a Marlin company. Instead, Cabot amended it to align with its own conditions, meaning the consolidated group's financial indebtedness has since been regulated by two intercreditor agreements

• despite complex competing governing law requirements and the raising of capital via different debt products, White & Case crafted matching or complementary provisions across all of the debt instrument documentation to the satisfaction of all parties.

White & Case's strength in the hybrid mid-cap/large cap market is highlighted by our representation of the Iris Software group (an HgCapital portfolio company) in connection with its GBP430 million refinancing. Notable points include:

• mid-cap deal with a mix of large-cap deal terms highlighting how the lines are becoming blurred between deal terms on offer for mid-cap and large-cap transactions. Certain strong mid-cap credits (such as Iris) have attracted large-cap terms, sometimes more so than large-caps with a more challenging credit history. The traditional approach of looking solely at the value of the deal no longer applies

• a divergent lender group with a mix of credit funds and traditional mid-cap market bank lenders.

White & Case has acted on other deals involving financing arrangements for corporates, which have been structured on the basis of similarly "covenant loose" documentation.

White & Case's stronghold in Russia has been demonstrated by our representation of a number of Russian clients in recent times including Eurochem. Highlights from the Eurochem transaction include:

• one of the biggest pre-export financings in Russia.

White & Case has spent many years advising on the restructuring of Kaupthing hf., which became effective from December 23, 2015. Highlights include:

• with liabilities of more than US$45 billion and creditors in more than 100 countries, Kaupthing hf. is one of the largest ever bank insolvencies

• the successful restructuring enabled the distribution of billions of euros in cash, as well as other instruments, to senior unsecured creditors

• it also facilitated those creditors taking control of the company and its remaining assets. Completing the restructuring before the end of 2015 also ensured that Kaupthing was not subject to an Icelandic stability tax on its assets, preserving value for creditors.

White & Case advised the steering committee on the restructuring of TORM AS, a Danish listed shipping company. Highlights include:

• the provision of a new US $75m working capital facility.

2016 continues to be another year of innovation and diversity in financing structures, which will be necessary to deal with events such as the collapse of oil and gas prices and the slowdown in M&A activity. This will undoubtedly provide interesting opportunities for issuers, borrowers, sponsors, investors, banks and direct lenders alike. 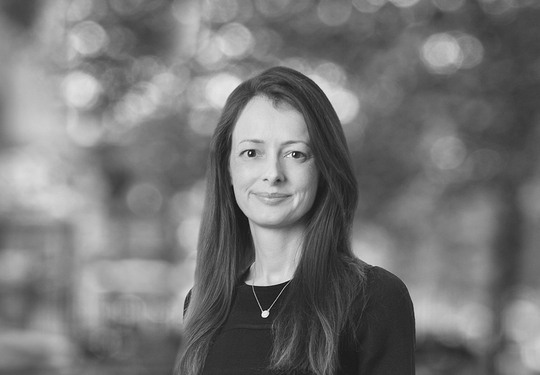