ECJ clarifies the scope of standstill obligations in merger control

In an important judgment rendered on 31 May 2018, the European Court of Justice (ECJ) ruled that the standstill obligation in the EU Merger Regulation, which prohibits the implementation of a concentration before its clearance by the Commission, only applies to conduct contributing to a change of control over the target. In the case at hand, which concerned Ernst & Young’s acquisition of KPMG Denmark, the Court held that KPMG Denmark’s termination of its cooperation agreement with KPMG International did not contribute to a change of control over KPMG Denmark and therefore did not violate the standstill obligation, despite the fact that it took place before the Danish Competition Authority had cleared the transaction.

The case is significant because:

In November 2013, KPMG Denmark (KPMG DK) and Ernst & Young (EY) announced their intention to merge their Danish auditing businesses to form a new firm within EY’s global network. As prescribed in the merger agreement, immediately after signing, KPMG DK put in a notice to terminate its cooperation agreement with KPMG International, effective as of September 2014. Subsequent to the notice, KPMG International established a new auditing business in Denmark.

The transaction was cleared by the Danish Competition and Consumer Authority (DCCA) in May 2014. However, almost seven months after the clearance decision, in December 2014, the DCCA adopted a decision finding that the termination of KPMG DK’s cooperation agreement with KPMG International constituted unlawful pre-implementation of the merger. The DCCA’s rationale for its decision was that the notice to terminate was (i) merger-specific, (ii) irreversible, and (iii) had potential effects on the market.

In June 2015, EY appealed the DCCA decision before the Danish Maritime and Commercial Court (DMCC). Because Danish merger control rules are based on EU rules, the DMCC decided to make a preliminary reference to the ECJ, essentially asking the ECJ to provide guidance on the scope of Article 7(1) of the EU Merger Regulation (EUMR), which provides that a concentration cannot be implemented before it has been approved (the so-called “standstill obligation”). The DMCC also asked whether the fact that the conduct at stake had had effects on the market was of relevance for the analysis.

The case is remarkable in that it is one of the rare cases in which the ECJ has been called upon to interpret the scope of the standstill obligation under the EUMR. This is all the more important since, as the ECJ noted, Article 7(1) merely prohibits the parties from implementing a transaction prior to its notification and clearance, without providing guidance as to the circumstances in which a concentration would be deemed to be prematurely implemented by virtue of any actions carried out by the merging parties.

The ECJ started by noting that Article 7(1) limits the standstill obligation to "concentrations" as defined under Article 3 EUMR, i.e., to situations where there is a “change of control on a lasting basis” allowing an acquirer to exercise decisive influence over the target company.

Accordingly, the ECJ held that the standstill obligation only prohibits conduct contributing to lasting change of control over one of the undertakings concerned by the concentration. The ECJ added that even the partial implementation of a concentration falls within the scope of Article 7(1) EUMR.

Conversely, any act not contributing to the implementation of the concentration falls outside the prohibition set out in Article 7(1) EUMR. For example, the ECJ explained that preparatory or ancillary acts to the concentration, which do not lead to a change of control, do not fall within the scope of Article 7(1) EUMR. The fact that such acts may have effects on the market is irrelevant for the application of Article 7(1) EUMR. This is because the standstill obligation applies regardless of the effects of a transaction and exists precisely to ensure that the Commission can review transactions prior to their implementation. Furthermore, conduct which has no effects on the market may nonetheless contribute to a lasting change of control, i.e., to an implementation of a concentration, and therefore fall within the prohibition.

This means that conduct of the merging parties may breach (i) the standstill obligation if it contributes to a change of control prior to clearance by the Commission, or (ii) breach Article 101 TFEU if it does not lead to a change of control, but nevertheless restricts competition within the internal market. An example of the latter conduct could be an exchange of sensitive commercial information between two merging competitors.

In the case at hand, the ECJ found that the termination of the cooperation agreement with KPMG International, despite its conditional link with the transaction and its likely effects on the market, was not such as to lead to a change of control, as it did not allow EY to exercise decisive influence over KPMG DK prior to closing. While it will ultimately be a matter for the Danish Court to decide, the judgment of the ECJ thus clearly suggests that there was no violation of the standstill obligation in this case.

For merging parties – and their advisers – the case provides an interesting analytical framework, by distinguishing between what is a violation of the standstill obligation (any measure contributing to a lasting change of control prior to clearance) and what may be a violation of Article 101 TFEU (anticompetitive coordination prior to closing).

For all transactions, it is important to ensure that no action is taken by the acquirer providing it with premature control over the target. It is also important to ensure that transactional documents, such as GAP provisions in an SPA, do not go further than what is strictly necessary to preserve the legitimate interests of the buyer. Whilst GAP provisions that protect the value and the integrity of the target business between signing and closing are legitimate, provisions that allow the acquirer to exercise control, notably by requiring consent for matters that fall within the ordinary course of business, are not. What constitutes “ordinary course of business” will vary based on the business at stake. However, a helpful rule of thumb is to consider that any GAP provisions that are similar to typical minority shareholding protection rights should in principle not give rise to concern. Far-reaching GAP provisions in and of themselves, even if not exercised, can be viewed as providing control over the target.

For transactions involving two competitors, particular care should be given to avoiding premature commercial coordination or the exchange of sensitive information prior to closing, as this would expose the parties to a risk of violating Article 101 TFEU (with even higher fines than the violation of the standstill obligation). In transactions between non-competitors, preparatory steps towards integration are less likely to be an issue from this standpoint.

The case is also important as it comes amid intensified enforcement by the European Commission and national competition authorities against violations of the standstill obligations in merger control. Enforcement agencies used to focus on cases in which the parties had failed to notify a transaction or closed it before clearance. However, a recent trend has seen enforcers put a greater focus on inappropriate actions taking place between signing and closing, even where the mergers were ultimately cleared.

The two most recent and remarkable decisions concerned the Altice group, which was fined EUR 80 million on 8 November 2016 by the French Competition Authority in the context of its acquisition of SFR and OTL, and EUR 124.5 million on 24 April 2018 by the European Commission in the context of its acquisition of PT Portugal. In both cases, the fines were imposed just for breach of the standstill obligation, i.e., respectively, Article L. 430-8 of the French Commercial Code and Article 7(1) EUMR, and not for breaches of general competition rules. However, it is clear from reading the French decision and the EU press release that the decisions also covered conduct that did not contribute to a change of control. For example, the Commission noted that Altice sought and received detailed, commercially sensitive information about PT Portugal outside the framework of any confidentiality agreement. Likewise, the French competition authority criticized the merging parties for coordinating their market behaviour and exchanging sensitive information. In light of the ECJ judgment, one may wonder whether the Commission and the French competition authority did not overreach bearing in mind the legal basis chosen by them (i.e., the standstill obligation).

In this context, a key question now is whether the ruling of the ECJ will impact the manner in which similar cases will be conducted. In particular, it is unclear whether a “dual track” may be necessary in cases in which different types of behaviour took place that led to a change of control and commercial coordination. The ECJ judgment seems to leave little space for some sort of gun-jumping “catch-all” theory with a single legal basis. 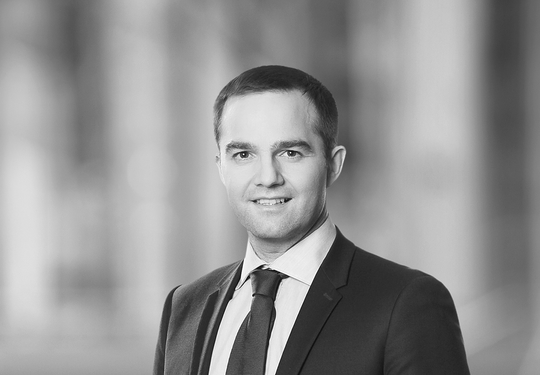