On July 18, 2017, the Ninth Regulation Amending the Foreign Trade and Payments Regulation (Neunte Verordnung zur Änderung der Außenwirtschaftsverordnung ("AWV")) entered into force. The federal government is thus responding to increased security concerns in connection with foreign direct investments in German technology companies. The revised AWV specifies German security interests to be reviewed by the Federal Ministry for Economic Affairs and Energy (Bundesministerium für Wirtschaft und Energie (BMWi)) as part of investment control and aligns the review procedure to the - from BMWi’s point of view - increased complexity of transactions.

There has been a surge in political initiatives for stronger investment control at the German and European level as a result of increased outbound M&A activities by Chinese investors since the German robot specialist KUKA AG was purchased by the Chinese company Midea in 2016. The federal government took up part of these initiatives in the amendment of the AWV which entered into force on July 18, 2017 and strengthened the review rights of the German Federal Ministry for Economic Affairs. In addition, the federal government broadened the notification requirements and extended the time limits for review. German investment control is directed towards acquirers from states outside the European Union and the European Free Trade Association (EFTA).

Prior to the recent AWV-amendment the German Federal Ministry for Economic Affairs already had review rights based on which the acquisition of domestic companies by foreign (non-EU) acquirers could be prohibited or certain restrictions could be imposed. The AWV distinguishes between a cross-sectoral review for all industries and a sector-specific review which applied only with respect to particularly sensitive industries, such as arms and military equipment and encryption technologies. The review standard for the sector-specific review has now been extended to key defense technologies (reconnaissance, sensor and protection technologies), but has otherwise not been changed.

Substantial changes have been made with respect to the cross-sectoral review. It is now possible to prohibit an acquisition if it is determined in the cross-sectoral review that the acquisition endangers the public order or security of the Federal Republic of Germany. The criterion "endangering the public order and security" has been specified in more detail in order to improve the protection of critical infrastructure. Thus, Germany's public order and security may now be endangered in particular in cases where shareholdings in any of the following companies are acquired:

From now on a review will be performed for companies from the above sectors in order to determine whether the investment (acquisition of a shareholding or assets) would endanger the public order or security; in this context any indirectly involved acquirers and the target company will in the future also be required to provide information to the BMWi. Therefore, these companies will now have to make a notification which was previously only required for a sector-specific review. This will make it more risky for foreign (non-EU) investors to acquire companies of this type. Nor can a review be avoided by setting up an acquisition vehicle within the European Union/EFTA. The amendments clarify that a direct investment made by a domestic acquisition vehicle would not prevent a review of the transaction under AWV (whether cross-sectoral or sector-specific).

2. Extension of Periods for Review

The periods for review are extended so as to enable the BMWi to review sensitive and complex transactions in more detail. From now on, sector-specific reviews will be completed within a review period of three months instead of one month. The applicable review periods for cross-sectoral reviews are extended as follows:

The running of the period is suspended in all cases where negotiations are conducted between BMWi and the companies involved on provisions to be incorporated into the contract or conditions that need to be fulfilled in order to ensure the public order and security, which means that the review procedure can take even longer.

Parallel to the amendment of the AWV the German government has started an initiative at the EU level together with Italy and France in order to bring about amendments of EU law. In February 2017 the ministers for economic affairs of Germany, France and Italy proposed to the European Commission that foreign investments should in the future only be permitted if reciprocity exists and that protection mechanism should be established for investments by state-owned investors. The EU Commission announced a corresponding legislative initiative as early as in February 2017, but a draft is not yet available. 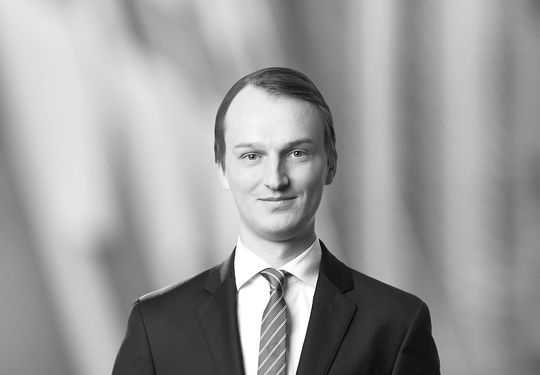