After months of public consultations and revision, the Singapore parliament passed the Companies (Amendment) Bill (the "Bill") on 10 March 2017 amending the Singapore Companies Act (the "Companies Act"). The Bill contains, among others, significant and novel changes to Singapore's insolvency laws. This is no doubt a giant step towards positioning Singapore as Asia Pacific's Debt Restructuring Hub with cross-border restructuring capabilities.

The Bill – a culmination of the recommendations of the Insolvency Law Review Committee and the reforms suggested by the Committee to Strengthen Singapore as an International Debt Restructuring Centre – introduces reforms to enhance the effectiveness and efficiency of the tools available for debt restructuring in Singapore. The Bill also draws on the experience of the insolvency regime in the United Kingdom and has adapted parts of the Chapter 11 of the United States Bankruptcy Code ("Chapter 11"). It is anticipated that the Bill's debt restructuring amendments to the Companies Act will create a conducive environment that encourages corporate rescue and rehabilitation. From a global perspective, the legislative changes seek to attract and improve the administration of cross-border insolvency cases and further enhance Singapore's position as a leading trade and investment hub. Apart from reforms relating to debt restructuring, the Bill also introduces amendments to reduce the regulatory burden of doing business in Singapore as well as providing a mechanism for foreign corporate entities to transfer their registration to Singapore.

This alert summaries the key debt restructuring amendment of the Bill with a special focus on the introduction of rescue financing in Singapore – the first of its kind in the region.

The rescue financing provisions are applicable to both scheme of arrangement and judicial management. Subject to certain conditions being met, the court can make an order that any rescue funding obtained by a company will:

(B) Scheme of arrangement

The Bill makes organic developments to the current legislative framework for schemes of arrangement enhancing its capabilities as a debt restructuring device. Key changes include:

Key amendments to the judicial management regime include:

The Bill generally abolishes the "ring-fencing" of a foreign company's assets that are located in Singapore on the winding-up of that company. If the company is a "relevant company3", the company's liquidator must first settle any debts incurred in Singapore, before paying the proceeds back to company’s place of incorporation.

The Bill introduces conditions that will make it easier for a foreign company to avail itself to the winding up, judicial management and scheme of arrangement regime in Singapore. This ties in nicely with the adoption of the UNCITRAL Model Law on Cross-Border insolvency (with various amendments) which allows insolvencies abroad to be recognised in Singapore in a more straightforward manner.

Rescue Financing and its Commercial Impact

Rescue financing consists of the provision to a distressed company of much needed funds for it to be able to restructure, as lenders are weary of lending to a company already in jeopardy. The conceptual basis of the rescue finance provisions as proposed by the Bill is similar to that of debtor-in-possession financing under Chapter 11. With the Bill coming into effect, Singapore pioneers the statutory recognition of rescue financing in debt restructuring in the Asia Pacific region. Further, by affording priority status to rescue financing, which is available to both local and foreign companies, it provides greater incentive for foreign companies to restructure their debts in Singapore. In time to come, once Singapore establishes itself as the regional centre for restructuring, it is likely to create an active market for the provision of rescue financing in Singapore, thereby generating more loan opportunities to lenders in Singapore.

The central tenet of the Bill is to enhance Singapore's capabilities as a business centre with multi-faceted capabilities. The introduction of debt restructuring amendments to the Companies Act not only seeks to attract restructuring work into Singapore but, as discussed above, incidentally creates other business opportunities.

Over the past few years, Singapore introduced many initiatives in order to establish itself as the leading financial centre of the Asia-Pacific region. The introduction of the Singapore International Commercial Court and the Singapore International Arbitration Centre has strengthened Singapore's capabilities in commercial dispute resolution. Together with the other amendments set out in the Bill, Singapore is positioning itself to be the leading business hub for all commercial activities in the region.

As at the date of this alert, we do not have any indication of when debt restructuring amendments in the Bill will come into effect.

1 "property" is defined very broadly to capture all assets (tangible or intangible) the company has.
2 "related company" includes a subsidiary, holding company or an ultimate holding company.
3 "relevant company" is defined to mean a foreign company falling within one of the listed types of companies set out in the Bill. 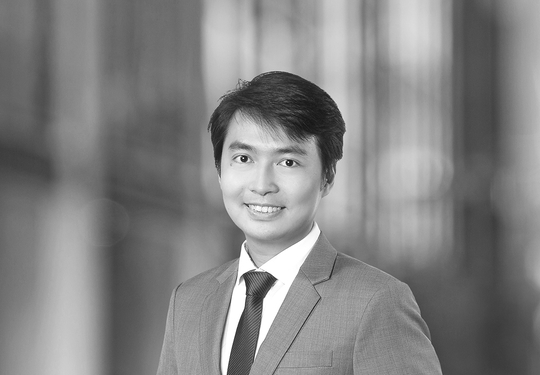