The Chancellor, Philip Hammond, has announced the Autumn Budget 2017. Alongside the headline-grabbing abolition of SDLT for first-time buyers on homes up to £300,000, and on the first £300,000 of properties up to £500,000, there were significant announcements in relation to the taxation of non-residents holding UK real estate, further BEPS-related changes and a boost for the North Sea oil and gas industry.

Our tax experts pick out below 5 key measures that will have a significant impact on businesses and wealthy individuals doing business in the UK.

The Government has announced that capital gains accrued by non-UK residents from April 2019 derived (directly or indirectly) from UK immoveable property will be chargeable to UK tax. This extends the regime already applicable to residential property to all UK real estate and, assuming that it is implemented as planned, will lead to a major change for offshore investors in UK infrastructure and real estate assets. Anti-forestalling measures are effective as of 22 November 2017. It is deeply frustrating not to have sight of draft legislation, and odd that this is introduced now with the Government wanting to encourage investment in infrastructure and housing in particular and with Brexit uncertainties remaining. The announcement is accompanied by a detailed Technical Note and a Consultation on certain aspects.

In a related change, the Government, following a consultation, has announced that all non-resident companies receiving taxable income from UK property are to be brought within the scope of the corporation tax regime with effect from April 2020. The Government's aim appears to be ensuring that all non-UK resident companies receiving taxable income from the UK are subject to the rules which apply generally for the purposes of corporation tax, including the limitation of corporate interest expense deductibility and loss relief rules. This could well be a major change for offshore investors in UK infrastructure and real estate assets, especially when coupled with the extension of UK capital gains tax on all UK real estate to non-residents.

The Government has announced that it intends to expand the circumstances in which the UK requires a withholding on account of tax from payments in respect of royalties made to non-residents. The Chancellor in his Budget speech mentioned specifically that this would apply to recipients in “low-tax” jurisdictions. We await the consultation document, due to be published on 1 December 2017, with interest (in particular, to see how it is proposed that this measure will interact with the UK’s double tax treaties with affected jurisdictions and how it is intended to fit with OECD/G20 global BEPS initiatives).

The Government has announced that, following a discussion document, it will legislate to introduce transferable tax history for oil and gas companies. Under the present regime, the ability of oil and gas operators to obtain tax relief for decommissioning costs depends on the extent to which the operators have historically paid tax over the life of the relevant asset. Enabling field operators to transfer the tax history of UK Continental Shelf (UKCS) assets along with the assets themselves will, the Government hopes, encourage investment in even late-life UKCS assets which might otherwise struggle to produce sufficient taxable income to enable access to relief for full decommissioning expenses after their transfer. The legislation, when published, is likely to be extremely complex.

The Government has confirmed that UK-headquartered banks are to be charged with bank levy with respect only to their UK balance sheet liabilities. This restriction of the scope of the levy will take effect for chargeable periods ending from 1 January 2021. This removes a disincentive for banks to remain headquartered in the UK, especially important in the light of the UK’s impending departure from the EU and the lack of clarity over transitional arrangements for UK financial institutions. 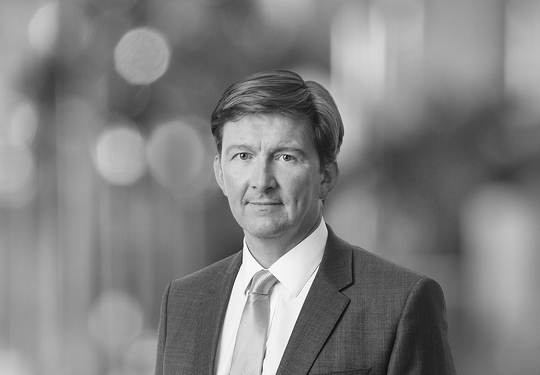