Justice Thomas: "Inter partes review is simply a reconsideration of [the patent] grant, and Congress has permissibly reserved the PTO’s authority to conduct that reconsideration. Thus, the PTO can do so without violating Article III."

On April 24, 2018, the Supreme Court of the United States issued a 7- 2 decision affirming the constitutionality of Inter Partes Review ("IPR") in Oil States Energy Services, LLC v. Greene's Energy Group, LLC.1 Justice Thomas wrote the opinion for the majority and Chief Justice Roberts and Justice Gorsuch dissented from the opinion.

The Supreme Court granted certiorari on just one issue: "whether inter partes review—an adversarial process used by the Patent and Trademark Office (PTO) to analyze the validity of existing patents—violates the Constitution by extinguishing private property rights through a non-Article III forum without a jury."

The first issue addressed by the Court is whether a patent is a public or private property right. The Court decided that patents are a public right and articulated two reasons why an IPR “falls squarely within the public-rights doctrine."2

First, the Court noted that the grant of a patent has long been recognized as a public right. The granting of patents can be done “without judicial determination" because the grant of a patent is an Article I power reserved for Congress and which Congress has authorized the Executive Branch to carry out.3 Thus, “[w]hen the PTO adjudicate[s] the patentability of inventions, it is exercising the executive power."4

Second, the Court further noted that an IPR "involves the same basic matter as the grant of a patent. So it, too, falls on the public-rights side of the line."5 In reaching this conclusion, the Court noted that PTO reserved the rights to reexamine patents and that patents remain subject to the PTO’s authority outside of Article III court.6 The Court analogized to the grant of toll bridge and railroad franchises of the past where Congress reserved rights after the grant of the franchise and was allowed to exercise them.7

The Court rejected all of Oil States’ positions and arguments. First, the Court noted that the precedent cited by Oil states acknowledged that patent rights are derived from statute and that none of “the precedents that Oil States cites foreclose the kind of post-issuance administrative review that Congress has authorized here." 8 Further, Oil States and the dissent argued that because patent validity had largely been challenged in common law courts, in England and the early United States, that Congress may not withdraw from judicial review matters that were subject to suit under the common law. However, the Court noted that the historical use of the “Privy Council" (chaired by royal advisors), in England, to adjudicate patents showed that history never placed questions of patent validity solely in the hands of suits under the common law.9 Finally, the Court rejected arguments that because IPRs share many of the characteristics and procedures with Article III courts, they violate Article III.10 The Court held that it "never adopted a ‘looks like’ test to determine if an adjudication has improperly occurred outside of an Article III court," and would not do so in this case.11

In addition to the Article III issue raised by Oil States, there was the issue as to whether the Seventh Amendment allowed patent rights to be extinguished without a jury. In a single paragraph, the Court held that because the patents represent a public right properly within the control Congress, which is free to assign adjudication of the matter to non-Article III courts, "the Seventh Amendment poses no independent bar."12

The Court explicitly "emphasize[d] the narrowness of [its] holding." The Court stated that its decision does not "address whether other patent matters, such as infringement actions, can be heard in a non-Article III forum."13 Further, the Court did not address issues that were not raised by Oil States. In particular, "Oil States does not challenge the retroactive application of inter partes review, even though that procedure was not in place when its patent issued. Nor has Oil States raised a due process challenge."14 The Court also added “[f]inally, our decision should not be misconstrued as suggesting that patents are not property for purposes of the Due Process Clause or the Takings Clause."15 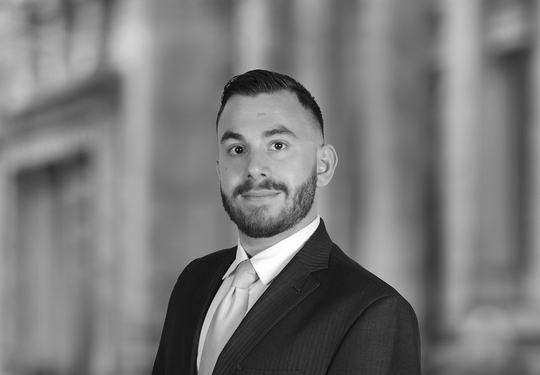