The U.S. Court of Appeals for the First Circuit's landmark In re: Asacol Antitrust Litigation decision holds that no class containing uninjured members can be certified unless, when moving for class certification, plaintiffs offer a manageable way for defendants to contest at trial whether their conduct injured individual class members.[1]

Asacol relies on binding U.S. Supreme Court precedent affirming that a defendant's due process rights and Seventh Amendment right to trial by jury cannot be violated so that a case may proceed as a class action. It also relies on the Rules Enabling Act's prohibition on using the Federal Rules of Civil Procedure to "abridge, enlarge, or modify any substantive right."[2]

Class actions do not give class members special rights, such as a free pass on proving elements of their claims that they would need to prove in individual suits. Thus, because injury is an element of an antitrust offense, a jury, not a claims administrator, must decide whether a defendant's conduct injured each member of a proposed class, just as it would in an individual suit.

For that reason, Asacol rejects the premise that courts may certify a class where the issue of injury to individual class members either will not be decided at all or will be decided only post-trial by a claims administrator relying on hearsay declarations submitted by the class members.

In a recent Law360 guest article, advocates for the plaintiffs bar wrote an article that cited just four trial court decisions and argued that "[m]ost courts to consider the [Asacol] decision have either sharply criticized it or rejected it."[3] This assertion is wrong. In fact, most decisions — 10 court decisions by our count, and of those, nine apparently overlooked by the authors — have followed Asacol, including one from the second highest court in the land, the U.S. Court of Appeals for the D.C. Circuit, and three from the U.S. District Court for the Southern District of New York.

While some lament that Asacol may lead to fewer certified classes, this concern for certain litigants does not justify lowering class certification standards, sweeping aside the U.S. Constitution or ignoring statutory commands.

Asacol's Focus on the Seventh Amendment, Due Process and Rules Enabling Act

Asacol involved indirect purchasers who claimed they were injured because they would have replaced their brand prescription purchases of Asacol-400 with less-expensive generics if not for the defendants' alleged antitrust violations.[4] The plaintiffs alleged that the defendant orchestrated a product hop, forcing patients to switch from Asacol-400 to one of two newer products, Asacol-HD or Delzicol.

The evidence showed, however, that at least 10% of the class members were uninjured brand loyalists — they would not have taken the generic because they preferred Asacol-400, Asacol-HD or Delzicol.[5]

The defendant identified additional uninjured groups, including those who (1) did not purchase both Asacol-400 and either Asacol-HD or Delzicol, and thus were not switched, (2) stopped taking Asacol before any generic could have entered, and (3) would not have switched to a generic because they had no copay and thus no incentive to switch.[6]

The Asacol plaintiffs offered no way to identify and remove these uninjured purchasers at trial. Nevertheless, the district court certified the class based on promises that class members could prove that they were injured by submitting post-trial, unchallenged affidavits swearing that they would have purchased the generic.[7]

The First Circuit rejected the notion that such post-trial claims administration procedures are constitutional and reversed the order certifying the class. Citing the Supreme Court's Tyson Foods Inc. v. Bouaphakeo decision, it held that inadmissible post-trial hearsay could not be used to prove liability and that the desire to proceed via a class action does not permit "jettisoning the rules of evidence and procedure, the Seventh Amendment, or the dictate of the Rules Enabling Act."[8]

In civil suits seeking recoveries of more than $20, the Seventh Amendment guarantees litigants the right of trial by jury. Asacol held that this right is violated by having a claims administrator, rather than a jury, decide facts necessary to prove an element of an offense, such as which class members are injured.[9] Defendants also have a due process right to litigate defenses to individual claims, even in the class action context, as the Supreme Court recognized in Wal-Mart Stores Inc. v. Dukes.[10]

Asacol found that this right would be violated if a claims administrator could decide which class members were injured, because the defendants would have no "meaningful opportunity to contest" injury to such class members.[11]

Finally, Asacol highlighted that Rule 23(b)(3) imposes an additional requirement: Plaintiffs must prove that common issues predominate over individual ones. For that reason, the mechanism plaintiffs offer for identifying and removing uninjured class members at trial while preserving defendants' constitutional rights must be administratively feasible, in that the need to litigate injury to individual class members will not "predominate and render an adjudication unmanageable."[12]

Further, plaintiffs cannot cover up their failure to propose such a mechanism by offering to reduce total claimed damages.[13] Rather, if plaintiffs fail to offer this manageable blueprint when they move for class certification, then certification must be denied.

Asacol's holding is precisely what precedent and constitutional principles require. In an individual antitrust suit, defendants may demand that a jury decide all facts necessary to establish each element of the claim, including whether their conduct injured the plaintiff. Asacol and Tyson Foods confirm that the Seventh Amendment does not permit a claims administrator to do so.

In addition, Asacol and Wal-Mart v. Dukes confirm that the due process clause and the Rules Enabling Act do not allow courts to prohibit defendants from raising defenses to the individual class members' claims, merely because plaintiffs would like to proceed in a class action.

Majority of Courts Have Followed the First Circuit's Lead

It is simply incorrect to contend that most courts have rejected or criticized Asacol. By our count, at least 10 decisions have followed it.

In the Rail Freight Fuel Surcharge Antitrust Litigation matter,[14] the D.C. Circuit affirmed the denial of class certification where at least 12.7% of the class's members were uninjured. Because the only way to decide liability to these members was through individualized adjudication of injury at trial, the D.C. Circuit held that common issues could not predominate, in violation of Rule 23(b)(3).

Citing Asacol, the D.C. Circuit explained that "any winnowing mechanism" to reduce the number of uninjured class members "must be truncated enough to ensure that the common issues predominate, yet robust enough to preserve the defendants' Seventh Amendment and due process rights to contest every element of liability and to present every colorable defense" at or before trial.[15]

Similarly, in Sandoe v. Boston Scientific Corp.,[16] the U.S. District Court for the District of Massachusetts case denied class certification, citing to Asacol and holding "a class cannot be certified without providing the defendant an opportunity to litigate its defenses." Class certification, the court explained, requires a "'reasonable and workable' plan for how the plaintiff will prove class membership in a manner that is protective of the defendant's rights and does not cause individual inquiries to 'overwhelm' common issues." Other decisions in the District of Massachusetts are in accord.[17]

Three cases in the Southern District of New York have followed Asacol in denying class certification. In the first, Hunter v. Time Warner Cable Inc.,[18] the plaintiffs alleged that they received unsolicited calls in violation of the Telephone Consumer Protection Act. After realizing that their mechanism for identifying recipients of these calls would not work, the plaintiffs suggested using class member affidavits instead.

Citing Asacol, the court held that this proposal would not overcome predominance concerns, because defendants "have a due process right to challenge the veracity of those affidavits at trial."[19]

Subsequently, the court reached a similar conclusion in Diverse Partners LP v. Agribank FCB.[20] There, relying on Asacol, the court found that because individual fact-finding was necessary to identify class members, the "complexity of determining class membership in this case makes clear that individual questions predominate," and thus Rule 23(b)(3) was not satisfied.[21]

Most recently, last month the Southern District of New York held that plaintiffs failed to satisfy Rule 23(b)(3)'s predominance requirement in the In re: Aluminum Warehousing Antitrust Litigation matter.[22] The plaintiffs, who were direct purchasers alleging a price fixing scheme in violation of the Sherman Act, relied on their expert's statistical modeling as proof of classwide injury.[23]

But the court found that the expert's modeling was flawed in many respects, notably because it yielded false positives and would include uninjured members in the class.[24] The court's June 23 ruling summarized the law in the circuits after Asacol, Rail Freight and the U.S. Court of Appeals for the Third Circuit's decision in Lamictal as follows: "There is no countervailing post-Comcast authority to these assembled precedents."[25]

Like the decisions discussed above, courts in the Third Circuit have readily adopted Asacol's holding. For example, in the In re: Thalomid and Revlimid Antitrust Litigation matter,[26] the U.S. District Court for the District of New Jersey, the court denied class certification where up to 10% of the class would not have purchased the allegedly delayed generic drug due to brand loyalty and thus was uninjured.

There, the court explained that certification could not be granted without "an appropriate common method of proving injury-in-fact given the presence of" brand loyal purchasers that preserved the defendant's rights to challenge injury-in-fact without causing "individual inquiries to overwhelm common issues."[27]

In June, in the In re: Niaspan Antitrust Litigation matter,[28] the U.S. District Court for the Eastern District of Pennsylvania also denied class certification on predominance grounds, relying in part on Asacol.

Lastly, while not citing Asacol, the Third Circuit in the In re: Lamictal Direct Purchaser Antitrust Litigation matter[29] reached a similar conclusion in vacating class certification. The Third Circuit found that the district court did not conduct a "rigorous analysis" of the evidence to ensure that Rule 23 was satisfied, but instead accepted average prices as the plaintiffs' proposed proof of injury to each class member, even though many members paid prices that deviated from the average and thus may not have been injured.

Because classwide averages masked material differences among class members, such averages were not common proof, and individualized inquiry of injury seemed necessary. This echoes Asacol's holding that where common proof fails to establish injury to all class members, a class cannot be certified unless plaintiffs offer a manageable way to litigate the issue of whether individual class members were injured, in a manner that protects defendants' substantive rights.

Most courts follow Asacol and recognize that Supreme Court precedent requires serious scrutiny of class action plaintiffs' proposed proof. Moving forward, class plaintiffs in antitrust cases will need to ensure that they have a manageable, administratively feasible method for identifying and excluding uninjured class members at or before trial. 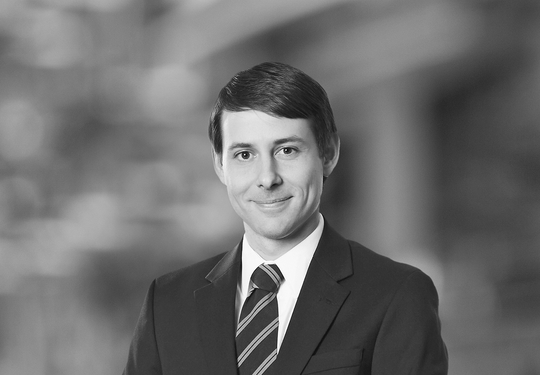 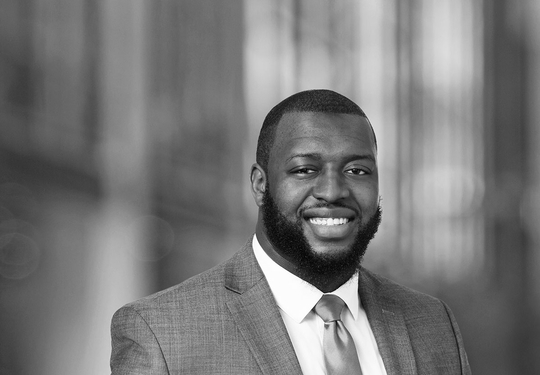