Navigating through construction disputes in India

Where large projects exist, disputes will often arise. The Indian construction sector is no exception, but the lack of a standard form contract and the option of several forms of dispute resolution means that resolving disputes can be complex.

Currently, standard form contracts are not widely used for Indian construction projects. The FIDIC, ICE, NEC, JCT and ACA forms are sometimes used and government authorities, such as the National Highways Authority of India (NHAI), use their own bespoke contract form that reflects their requirements, particularly for public-private partnerships.

Construction disputes in India can be—and in practice are—resolved by the full spectrum of dispute resolution methods, although arbitration is generally the preferred route.

In construction disputes, it is quite common for parties to refer their disagreement for adjudication by a dispute board first, although the decision of the dispute board is generally not binding. Consequently, subject to any contractual requirements, a party dissatisfied with a dispute board's decision may refer the matter to arbitration.

The Arbitration and Conciliation Act 1996, which was amended in 2015, 2019 and 2020, governs arbitrations seated in India and provides the framework for the enforcement of foreign arbitral awards. The act covers both domestic arbitration and international commercial arbitration involving at least one foreign party, and deals with matters such as the appointment of arbitrators, interim relief and set-aside proceedings.

In contrast, Indian parties have traditionally preferred ad hoc arbitration involving retired High Court or Supreme Court judges serving as arbitrators. However, to promote institutional arbitration in India, the Mumbai Centre for International Arbitration (MCIA) was established in 2016. Since then, its caseload has grown steadily year on year.

Forecasts predict that India will become the third-largest construction market globally by 2025.

Indian parties are also increasingly turning to SIAC to resolve disputes— almost two-thirds of the record 1,080 cases filed with SIAC in 2020 involved an Indian party.

Mediation in India falls into two categories: judicial and private. For construction disputes, judicial mediation is rare because usually one of the litigants is a state entity and courts are hesitant to get involved. Private mediation is also rare, and generally used only for low-value disputes.

In August 2019, India signed the Singapore Mediation Convention, which aims to facilitate the enforcement of mediated settlement agreements and may well lead to an increase in the use of mediation.

When it comes to litigation before the courts, the hierarchy of civil courts in India is broadly divided into local civil courts, regional High Courts and the Supreme Court of India.

India has also sought to establish "Special Courts" to deal with civil proceedings related to specific performance of construction contracts, sitting below the High Court within the court hierarchy. Their jurisdiction extends to all infrastructure projects within local territorial limits. So far, these Special Courts have been established in the states of Uttar Pradesh, Karnataka and Madhya Pradesh.

Foreign investors may be reluctant to agree to resolve disputes through litigation, due to the possibility of having to engage with an unfamiliar judicial process. They also often have concerns about the independence, impartiality and efficiency of the Indian court system.

The Indian construction disputes environment remains a patchwork, but there is steady progress toward system that provides better outcomes for users

Separately, recent amendments to the Specific Relief Act 1963 prohibit Indian courts from granting injunctive relief in civil proceedings for specific performance of infrastructure projects, where that injunctive relief would impede or delay the progress or completion of the project. This covers roads, bridges, shipyards, airports, public transport, water and sanitation, and other social and commercial infrastructure.

Meanwhile the National Highways Authority of India, the government agency that tenders public road construction projects, has set up a Conciliation Committee of Independent Experts (CCIE) to settle long standing road construction disputes that have been mired in litigation or arbitration for several years. Conciliation before the CCIE is consensual and, if it fails, then the parties are free to pursue arbitration or litigation.

The Indian construction disputes environment remains a patchwork, but there is steady progress toward a system that provides better outcomes for users. 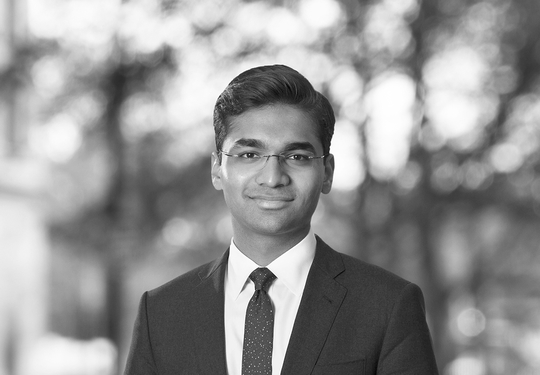