Imagine an agriculturally based society in which women, while legally permitted to own land, do so at a rate of only one percent. This is modern-day Kenya. Far from being an exception to the rule, it illustrates a dynamic that can be observed from the developing world to the G20: Legal reform can only go so far in reversing entrenched social norms.

Many studies show that when women have access to capital, the benefits flow to the whole family unit—and beyond it. This can have a powerful effect in changing social attitudes. When this happens, changes in the law begin to change lives.
Elena Millerman,
Partner, New York

This recognition was the impetus for a collaboration of White & Case, Goldman Sachs and Women's World Banking, a global NGO that works to provide low-income women around the world with the financial tools they need. The project looks at legal frameworks, social norms and business practices affecting women's access to capital and collateral to provide a more complete picture of conditions facing women entrepreneurs and to spur new ideas for the most constructive forms of intervention. "Our research is ultimately geared toward making a practical difference in the lives of women entrepreneurs around the world," says Ben Rader, General Counsel at Goldman Sachs Foundation.

In ways large and small, existing legal frameworks often serve to disempower women. For example, in Ecuador, if there is disagreement between a husband and wife about the use of marital property, the power of decision goes to the husband. Yet even when women enjoy recognized legal rights, social norms and business practices may hold them back. Credit registries that don't take microloans into account, for instance, can miss valuable data on women's creditworthiness.

New approaches to women's economic empowerment are sorely needed. Goldman Sachs estimates there is a US$285 billion credit gap for formal women-owned small and medium-sized enterprises worldwide. Former UN Secretary-General Ban Ki-moon has identified enfranchising women entrepreneurs as crucial to achieving the Global Goals: "If the world is to achieve the Sustainable Development Goals," Ki-Moon has said, "we need a quantum leap in women's economic empowerment."

Lawyers from White & Case and Goldman Sachs researched key legal principles in 14 countries, examining areas such as property and inheritance law. The methodology took a World Bank Group report—Women, Business and the Law 2016: Getting to Equal—as a starting point and went into greater detail. In the second stage of the project, Women's World Banking carried out a related set of studies, focused on social and cultural norms and business practices. The NGO examined conditions faced by women entrepreneurs seeking access to capital and collateral in Brazil, Kenya, India and the Philippines.

Goldman Sachs estimates there is a US$285 billion credit gap for formal women-owned small and medium-sized enterprises worldwide.

In New York, Partner Of Counsel Sylvia Chin, who has provided pro bono support to Women's World Banking almost from the time of its founding in 1979, comments on the complexity of the project: "As much as we might be tempted to look for overarching patterns across jurisdictions, the success of a project like this depends on our ability to recognize and address the distinct situation in each country. Political and cultural dynamics differ markedly from place to place—and so too, as a result, the constellation of challenges faced by women entrepreneurs. The obstacles encountered by Muslim women in the Philippines are not the same as those faced by women in rural Brazil. Having a scrupulous sense of these differences will allow Women's World Banking to develop culturally sensitive approaches in each locale, optimizing the impact of its initiatives."

Partner Elena Millerman in New York joined Sylvia in supervising the research. "Empowering women entrepreneurs has been shown to have a disproportionate impact on the health of society as a whole," Elena says. "Many studies show that when women have access to capital, the benefits flow to the whole family unit—and beyond it. This can have a powerful effect in changing social attitudes. When this happens, changes in the law begin to change lives."

Partner in Brussels and Global Pro Bono Practice Leader Jacquelyn MacLennan sums up the goals that have motivated this collaboration: "We want our research to serve as a resource for women entrepreneurs to know their rights; for financial institutions to increase investment and create innovative new products; and for governments, NGOs and the media to use to improve the laws and empower women fully in society."

17 | Partnerships for the Goals 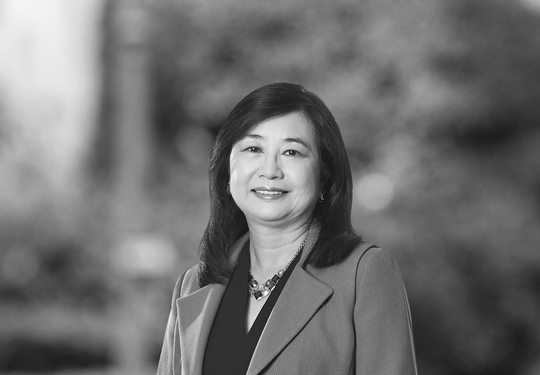 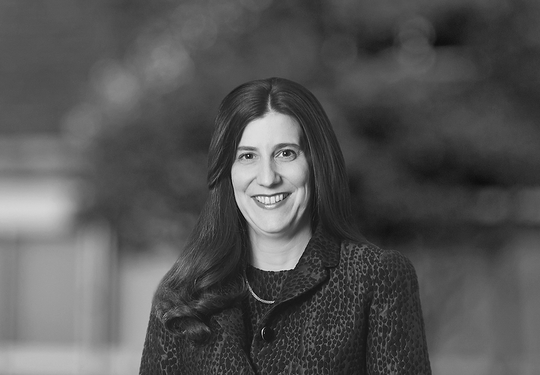