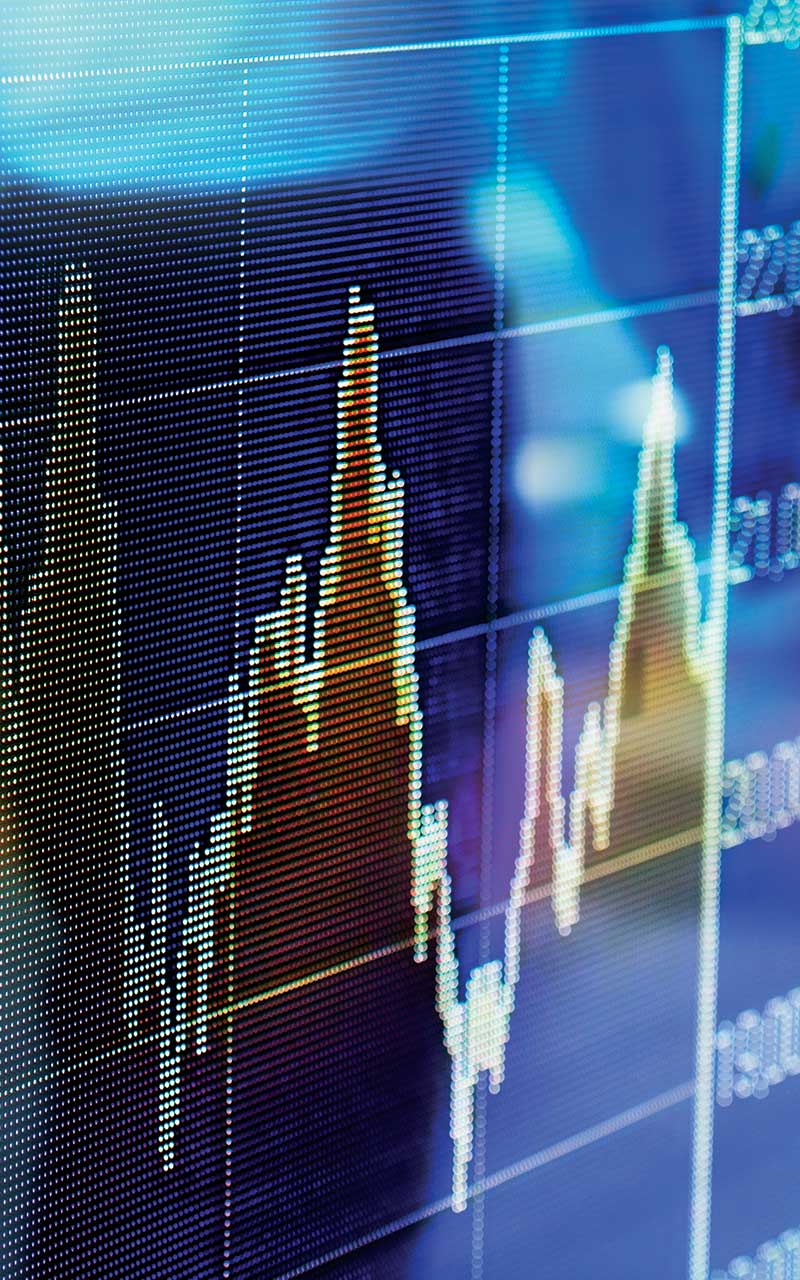 What sets us apart is our history of delivering groundbreaking capital markets advice in mature and growth markets, which translates to fresh thinking and original solutions. Over many years, we have built up considerable institutional knowledge, advising on thousands of securities transactions around the globe. We have advised on the first rescheduling of sovereign debt in recent history (Republic of Indonesia in 1975) and have since helped more than 60 sovereigns and state-owned enterprises resolve complex and often unique legal challenges. We represented Visa in connection with its record US$19.3 billion IPO and listing on the NYSE in 2008, which was the largest in US history at the time. White & Case has been instrumental in most major developments in relation to sustainable finance, including advising on the first-of-its-kind US$3 billion green securitization deal by Crédit Agricole in 2017. Recent highlight transactions include Saudi Aramco's debut bond offering, the Republic of Mozambique's sovereign debt restructuring, the largest-ever IPO of a software company on the London Stock Exchange, the largest-ever high-yield transaction in Africa and the largest-ever green bond offering in Brazil. We are at the forefront of market developments and are the sole legal knowledge partner to the G20 Sustainable Finance Study Group.

View all lawyers in Capital Markets

"White & Case boasts broad industry knowledge covering the whole range of capital markets transactions, with expertise spanning equity-related mandates and debt, as well as structured finance. The firm has impressive coverage of key Western European jurisdictions, with teams at the forefront of the markets in London, Paris and Milan supplemented by notable teams in Stockholm and Frankfurt. White & Case also benefits from strong links to emerging markets, advising on deals in Eastern Europe, Africa and Turkey. […] A source comments: "They are dedicated, brilliant at executing short deadlines and knowledgeable in both international and domestic law." Clients applaud the firm's "market presence and incredibly broad experience," further highlighting its "extremely good international network. You almost don't notice that there are still lawyers involved on the ground, because White & Case manages the process so well."
Chambers Global 2022 – Capital Markets: Europe-wide

"Continues to offer advice on complex debt and equity capital markets matters throughout the region, with expertise ranging from IPOs and secondary sales to rights issues and debt programmes."
Chambers Asia-Pacific 2022 – Capital Markets

"White & Case's team is highly skilled, is always ahead anticipating potential issues to clients and guarantees support with senior presence throughout the entire course of the deal."
Chambers Latin America 2022 – Capital Markets

The team is known for a wealth of expertise in advising clients on complex financings and a range of securitizations. Noted for the even breadth of experience across asset classes, regularly representing underwriters in sophisticated CLOs, and is highly regarded for its versatile whole business securitization practice. Benefits from the support of strong teams in other jurisdictions. Clients say of the attorneys: "They are very good at being creative and coming up with solutions, and they are also very commercial and know what to focus on."
Chambers USA Nationwide 2021 – Capital Markets: Securitization

Deal of the Year for Debt Capital Markets – The Government of Indonesia's issuance of a three-tranche US$2.5 billion Sukuk Wakala
In-House Community's Deals of the Year 2021

The Co-operative Bank's inaugural MREL-eligible debt offering
Represented The Co-operative Bank as issuer in connection with its issue of £200 million Fixed Rate Reset Callable Subordinated Tier 2 Notes due 2029. This bond is the first-of-its-kind in the UK, making the Co-op Bank the inaugural High Street lender to successfully issue MREL-eligible debt.

MGM China's debut US$1.5 billion senior notes offering
Represented the joint global coordinators and other initial purchasers in connection with MGM China Holdings Limited's debut 144A/Regulation S debt issuance of senior notes in an aggregate amount of US$1.5 billion, comprising two tranches, a five-year tranche of US$750 million, 5.375% senior notes due 2024 and a seven-year tranche.

Republic of Indonesia's US$2 billion dual tranche Green Sukuk offering
Represented the arrangers and managers in connection with the update of The Republic of Indonesia's Rule 144A/Reg S Trust Certificate Issuance Program and the subsequent US$2.0 billion dual tranche sukuk offering under the Program. The offering involved the issuance of a tranche of US$750 million and a tranche of US$1.25 billion Green Sukuk.

StoneCo US$1.4 billion SEC-registered IPO and NASDAQ listing
Represented the joint lead global coordinators and representatives of the underwriters and bookrunners in connection with the US$1.4 billion IPO of StoneCo Ltd. This is only the second NASDAQ IPO of a Brazilian company and the first such deal in the fintech space.

Loma Negra US$1.1 billion IPO and NYSE listing of American Depositary Shares
Represented Loma Negra C.I.A.S.A., the leading cement company in Argentina, as issuer, and the selling shareholder, Loma Negra Holding GmbH, in connection with the US$1.1 billion initial public offering of ordinary shares of Loma Negra and the listing of American Depositary Shares on the New York Stock Exchange. This IPO was the largest US IPO by a Latin American issuer in 2017 and the third-largest US IPO in history by an Argentine issuer.

Golden Nugget Inc. US$2.5 billion financing
Represented the joint bookrunners and initial purchasers in connection with a US$1.4 billion high yield senior notes offering by Golden Nugget Inc. The notes offering was part of a US$2.5 billion bank and bond financing to affect the business combination of Landry's and Golden Nugget, an operator of casinos, hospitality and entertainment venues, as well as a US$1.65 billion dividend recapitalization and refinancing of outstanding debt.

SESAC whole business securitization
Represented the initial purchaser in connection with the structuring of a whole business securitization by special purpose vehicle subsidiaries of SESAC Holdings, Inc. and the issuance and sale of US$530 million Series 2019-1 Class A-2 Notes. In connection with the issuance of the Series 2019-1 Class A-2 Notes, the co-issuers also entered into a revolving financing facility of Series 2019-1 variable funding senior secured notes, Class A-1, which allows for the drawing of up to US$30 million under the variable funding notes.

Avangrid green bond offering
Represented Avangrid, Inc., a sustainable energy and utility company with approximately US$33 billion in assets and operations in 24 states and a subsidiary of Spain's Iberdrola S.A., a worldwide leader in the energy industry, as issuer, in connection with the filing of its universal shelf registration statement and registered green bond offering of US$750 million notes. The company expects to use the net proceeds from the offering to finance and/or refinance green projects in the United States, including (i) investment in the construction and development of onshore and offshore wind and photovoltaic and concentrated solar power, solar renewable electricity production units and (ii) investment in transmission and distribution networks projects having the purpose of connecting renewable energy sources or reducing greenhouse gas emissions through installation of equipment that will improve system efficiency or energy use management. 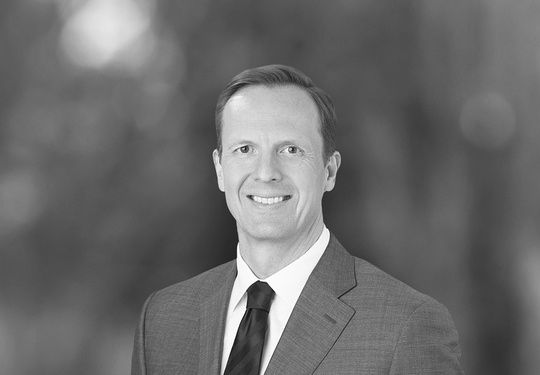