"Extend or pay" provisions are sometimes used in construction performance bonds and bank guarantees as a way of ensuring that performance security is provided for the period it is needed. Can a beneficiary be stopped from invoking an "extend or pay" provision if the procurer of it (e.g. the contractor) believes the beneficiary has no entitlement to do so? A Singapore case from January 2022 provides some insight into this important issue.

Sometimes the entitlement of a beneficiary to invoke an "extend or pay" provision may be contested by the party who provided the security. For example, where a project has been delayed and, in the contractor’s opinion, the delay is the responsibility of the employer, the contractor may take the view that the employer is not entitled to require the relevant bond or bank guarantee to be extended (at the expense of the contractor) because the need for the extension arises from employer-caused delay.

Range Construction Pte Ltd ("Range") was engaged as contractor by Goldbell Engineering Pte Ltd ("Goldbell") for the construction of a workshop and an ancillary office in Singapore.

In refusing to order an injunction, the court confirmed that Goldbell had in fact made a valid request under the "extend or pay" provision contained within the Bond. This was clear, as Goldbell had repeated the wording used in clause 6 in its Extend or Pay Request.

Upon receipt of the Extend or Pay Request and in accordance with clause 6 of the Bond, it was then up to Etiqa to choose whether to extend the validity of the Bond or to make payment of the secured sum to Goldbell. It was not open for Range to complain about the outcome of the "extend or pay" provision being operated, as this outcome reflected the allocation of risk that the parties had agreed by choosing to use this form of security and including the "extend or pay" provision.

"Extend or pay" provisions in performance bonds and bank guarantees can serve a valuable purpose, i.e. ensuring that a delayed project is adequately covered in terms of the performance security which is available to the employer. On the other hand, provisions of this nature are potentially open to abuse, or at least they may give rise to disagreement where (as in Goldbell) an employer wishes to extend a time-limited security, whereas the contractor may take the view that an extension of the security is unjustified in view of employer delay, unless the contractor is otherwise compensated for the cost of the security being extended.

Under the common law, the courts will intervene in certain circumstances to restrain an employer from making what appears to be an abusive demand for payment under a security such as a bond or bank guarantee.

Indeed, in Goldbell, the contractor sought to rely upon "unconscionability" as a basis for seeking to prevent Etiqa from making payment to Range. In refusing to grant an injunction on such a basis, the Singapore court made a critical distinction between:

The court reasoned that the criteria for preventing a demand on a bond (e.g. due to the demand being unconscionable) do not apply where an "extend or pay" provision is activated. This approach, if widely followed, highlights a significant risk for contractors who provide performance bonds and bank guarantees which contain "extend or pay" provisions. If the courts are unwilling (or at least reluctant) to interfere with a beneficiary’s requirement that the term of a bond be extended or payment be made of the amount of the bond, the capacity for abusive behaviour is extended.

1 The construction contract provided that the secured sum would be held as security by Goldbell until the expiry of the Bond (i.e. the period of extension as requested by Goldbell). 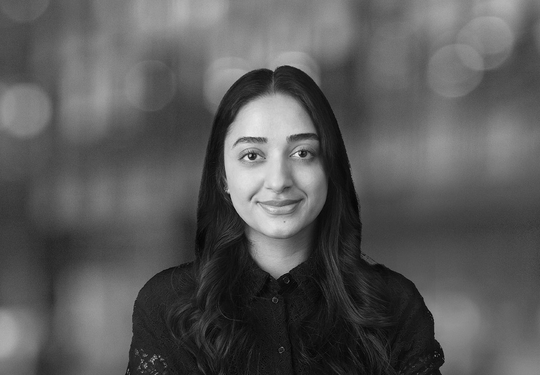