Descoping: Can the omission of works constitute a breach of contract?

A recent Scottish case considers the contractual power to omit works and highlights key principles applicable to the question of whether omitted works can be transferred to another contractor.

The descoping or omission of works (sometimes referred to as "negative variations") relates to the removal of part (or, on rare occasions, all) of the works awarded to a contractor or subcontractor, and is a common feature of construction contracts.

The contractual right to omit works grants employers and contractors flexibility over the scope of works in main contracts and subcontracts, respectively. However, it may also deprive the contractor or subcontractor of the "right" to make a profit on the omitted works.

The omission of work from one contractor for the purpose of giving the work to another contractor is a particularly problematic issue, especially where the contract does not expressly permit an omission to be made for this purpose, or does not provide for adequate compensation to the contractor whose work has been descoped.

The framework governing the right to descope works varies across the standard form contracts. Contract forms typically place some form of limitation on the extent to which works may be omitted.

Not all standard form contracts expressly empower omission of works for the purpose of giving the work to another contractor. Although clause 5.1.1 of the JCT Design and Build 2016 permits "the addition, omission or substitution of any work," it does not provide for the provision of the omitted work to other contractors. This raises the question: may omitted work be given to another contractor if a contract does not clearly provide for the right to do so? This was the issue that arose recently before the courts of Scotland.

The court followed the guidance provided in the English case of Abbey Developments Limited v. PP Brickwork Ltd [2003] EWHC 1987 (TCC), which involved a similar omission of work from one subcontractor and the engagement of an alternative subcontractor to carry out the omitted work. The applicable principles derived from this case law are that:

After applying these principles, the court held that the Contractor did not have a clear contractual entitlement to omit works and to transfer them to another subcontractor in these circumstances. Clause 14.3 of the Subcontract did not apply, since the project manager under the main contract had not issued a corresponding instruction to omit the descoped works.

Descoping work, whether by a negative variation or even a termination for convenience, may be an uncomplicated matter where the employer simply wants to omit the work in question. But where an employer wishes to descope work to give it to another contractor, the employer's conduct is often treated far more seriously in law, and may constitute a breach (as in Van Oord v. Dragados) or even a repudiation of the contract in question by the employer. 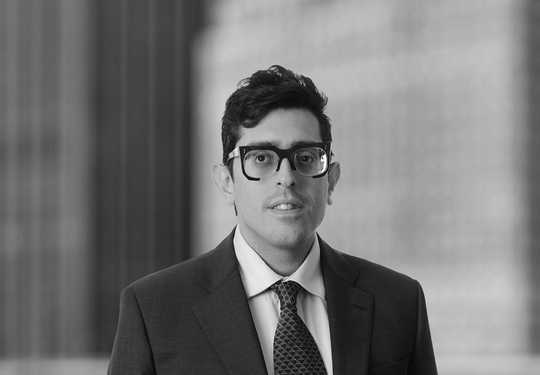