Interest related to leveraged capital reduction or dividend distribution not always tax deductible, according to the Supreme Court

The Supreme Court has ruled that interest on a loan contracted in order to carry out a capital reduction or a dividend distribution when the company lacks the liquidity to do so is not always deductible. It is crucial that the taxpayer is in a position to document clearly that the loan has been contracted with a view to generating or preserving taxable income, for instance because it allowed the taxpayer to preserve its income-generating assets.

In 2012, Nyrstar Belgium N.V. carried out a €350 million capital reduction and a €100 million dividend distribution. In order to finance that significant amount, the company was granted a €450 million loan from its Dutch mother company. In that context, the tax authorities refused the deduction of nearly €10 million in interest, considering that Nyrstar did not demonstrate that the interest expenses were incurred with a view to generating or preserving taxable income. That position was confirmed by the tribunal of first instance,1  followed by the Court of Appeal of Antwerp.2  The Supreme Court, in its decision, held that the question of whether the interest charges have been borne in order to obtain or maintain taxable income is a matter of fact, the burden of proof of which rests with the taxpayer. In casu, the evidence brought by the company was made of (i) the shareholders’ decision to reduce capital, “motivated by the alignment of the company’s equity with its current and future needs”, (ii) the loan agreement, which only states that it is intended for “general corporate purposes”, and (iii) the 2012 financial statement, which includes significant items of income-producing assets. The appellate judges considered these documents insufficient to meet the required standard of proof. In its decision of 19 March 2020,3  the Supreme Court confirmed the legality of the Court of Appeal’s decision. In that regard, one should bear in mind that the Supreme Court only assesses the legality of a decision, as opposed to the facts.

Importantly, the Supreme Court did not rule that the deduction of interest accrued on a loan taken out to finance a capital reduction or a dividend distribution must always be rejected. It rather affirmed that interest on such loan may qualify as deductible business expenses provided that the company proves that the conditions for the application of Article 49 of the Belgian income tax code (“BITC”) are met, i.e., that the interest charges have been borne or incurred for the purpose of obtaining or retaining taxable income. The Supreme Court also explicitly confirms that there is no rule that automatically allows for the deduction of interest and that, by verifying that the condition of intentionality was met, the appellate judges did not proceed to a forbidden “opportunity test” of the operating costs. The Supreme Court further clarifies that it is the interest charges that must meet the conditions of Article 49 BITC and not the capital reduction or the dividend distribution itself.

The commented decision thus confirms that, as with every business expense, interest expenses must meet the “purpose condition” in order to be tax deductible and the burden of that proof rests with the taxpayer. In that regard, expenses generally related to the existence and operation of the company, such as capital reduction and dividend distribution, are not necessarily deductible professional expenses. It is up to the company to demonstrate that the interest expenses were meant to obtain or maintain taxable income, for instance because it allowed the company to preserve the assets used to generate taxable income.

Interestingly, the Supreme Court further states that it is however not sufficient that the company does not have sufficient liquidity at the time that it has to make the payment in execution of the shareholders’ decision to reduce the capital or distribute a dividend. One could have thought that, absent sufficient liquidity, the operation would have necessarily entailed the loss of the company’s assets and that, therefore, the evidence that the company had no sufficient liquidity would per se involve that the loan was taken out in order to avoid the divestment of income-generating assets. As mentioned, the decision at hand validated the contrary: the insufficient level of liquidity does not imply that the costs associated with the loan taken out to compensate for that lack of liquidity have necessarily been incurred in order to obtain or maintain taxable income. Even though it is not disputed that Nyrstar did not have sufficient liquidity at the moment of the operation, the Court of Appeal thus held that “the company does not, however, provide evidence that the loan was actually entered into with a view to obtaining or maintaining its assets and that, consequently, the interest charges were incurred or borne with a view to obtaining or maintaining taxable income from these assets”. This statement seems to indicate that the company's explanation that the loan was actually used to maintain income-producing assets was insufficient, and that it is the prior intent to do so that should be supported by evidence.

Moreover, the Supreme Court confirms that the ruling of the appellate judges holding that the company does not demonstrate any intention to obtain or retain taxable income, does not necessarily imply that it should be the only intent. Paradoxically, the Court also validates that the appeal judges only required the evidence of a necessary link between the borrowing cost and the acquisition or retention of taxable income, and did not expect evidence of a subjective intent on the part of the claimant. That apparent contradiction may be appreciated in light of the Court of Appeal’s decision, according to which it could have been sufficient that the actual intention to obtain or maintain taxable income was demonstrated and not that actual income was obtained or retained by taking out the loan. In that context, the appellate judges ruled that “considering the financial importance of the loan and the related interest charges, it was at least advisable to document the alleged intention to obtain or retain taxable income. The documents at hand are extremely insufficient in this case to prove this actual intention”.

In view of the above, Nyrstar’s argument that, absent sufficient liquidity, interest on a loan taken out with a view to avoid the divestment of income-producing assets is tax deductible, could have been upheld by the courts had the company been able to demonstrate, on the basis of documentary evidence, that that was indeed its prior intention.

The decision of the Supreme Court, validating the legality of the decision of the Court of Appeal, confirms that the tax deductibility of interest expenses related to a capital reduction or a dividend distribution is a matter of fact. As with every business expense, it is up to the taxpayer to prove that such borrowing cost is borne or incurred in order to generate or preserve taxable income. In verifying the existence of such evidence, courts will not proceed to a forbidden opportunity test. It is therefore crucial for companies contemplating leveraged equity refinancing operations to thoroughly document, in the relevant corporate documentation, that the loan is taken out with specific intent to obtain or retain taxable income, be it by avoiding the sale or distribution in kind of income-generating assets. Precisely documenting the purpose of the loan will probably not prevent in all cases a challenge of the deductibility of the related interest by the tax authorities, but it should be sufficient to convince the courts that the purpose condition of Article 49 BITC is met. 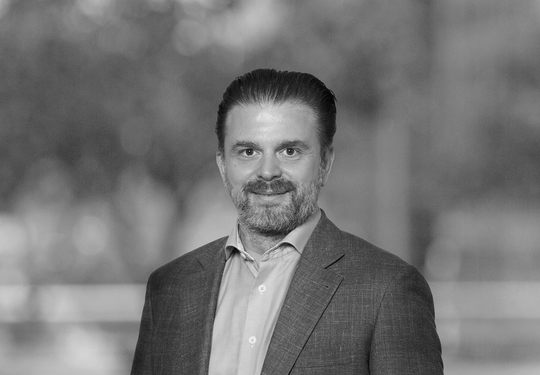