A key part of the interim payment process in construction projects is the issuing of payment notices by payee and payer alike. Two recent UK cases demonstrate a strict approach being taken by the courts to the validity of payment notices.

In the UK, the use of payment notices in relation to construction contracts is mandated by the Housing Grants, Construction and Regeneration Act 1996 (as amended) (the "Act"), which applies to construction contracts involving works performed within (but not outside) the UK. The Act operates so that a payer (e.g. an employer) is obliged to pay the full amount set out in a valid payment notice issued by a payee (e.g. a contractor) if the payer fails to serve a valid "pay less" notice in time. This may be the case even if the payee is not entitled under the contract to the full amount which it claims for the relevant work performed.

Similar legislation operates in a number of countries, including Singapore, Australia, New Zealand, Malaysia and Canada. The broad purpose of this legislation is to assist the cash flow of businesses that carry out construction work. The scheme of the legislation requires each party to a contract to issue payment claims and notices to each other, at particular times and giving particular details. If a notice is not issued validly, in accordance with the legislation, particular monetary consequences may follow.

The UK legislation lacks detail on the requirements for payment claims and notices under the Act, and when they will (and will not) be valid. Guidance from the courts on the application of these provisions is therefore welcome. Two recent cases shed light on how payment notice requirements will be interpreted.

This case concerned a dispute between Downs Road, the Employer, and Laxmanbhai, the Contractor, relating to the construction of residential units and associated works in London.

The court decided that the first notice was invalid because the sum stated as due (i.e. around £1) was not one that the Employer "genuinely considered" to be due, i.e. it was simply a nominal or holding amount. The covering email that accompanied the payment notice supported this conclusion, as did the fact that this was a practice that the Employer had repeatedly adopted in previous payment cycles. Furthermore, the Employer's payment notice failed to set out the basis of the Employer’s calculation, as it did not include any supporting material or an explanation as to how the Employer had arrived at its gross valuation.

This case concerned a dispute between the Contractor, D McLaughlin & Sons Ltd, and the Employer, East Ayrshire Council, relating to the construction of a school extension.

These two cases provide helpful guidance for parties to construction contracts on the content and timing requirements of payment notices.

First, it has been clarified that a requirement to specify the sum that a payer "considers" due requires the payer to genuinely consider the sum to be due. Given the difficulty in determining a party's subjective intent, the courts will assess the genuineness of a party's valuation by reference to objective facts that indicate whether a sum stated to be due is actually what the payer "considers" is due. In Downs Road, this was clearly not the position at all, as the Employer issued two different payment notices for different amounts, and the first notice (for around £1) could not rationally be viewed as a sum which the Employer "considered" was due.

Aside from the (extreme) circumstances in Downs Road, there are other situations in which an Employer's payment notice may be open to attack for not specifying the sum the Employer genuinely considers to be due. For example, where an Employer deliberately refuses to value, or deliberately devalues, items of work claimed by a Contractor as part of a commercial or negotiation strategy to force the Contractor into an unfavourable position for the purposes of settling the final account.

What, therefore, the Act and corresponding contractual provisions require is a bona fide assessment of a Contractor's payment claim. There is a similar requirement under forms of contract used internationally, e.g. the FIDIC Red and Yellow Books (1999 and 2017) require the Engineer to issue Interim Payment Certificates stating the amount that the Engineer "fairly determines to be due" to the Contractor. A failure by the Engineer to do so may have serious consequences for the Employer, including even the termination of the contract by the Contractor.

Secondly, where Contractors' payment claims are concerned, the failure to specify the correct due date in the payment notice may invalidate the notice. The Act requires Contractors' (and Employers') notices to specify the amount the Contractor "considers to be due or to have been due at the payment due date". If, therefore, a Contractor's payment claim states that it considers the sum of £X to be due as at date Y, when date Z was the true due date, the notice does not fulfil the requirements of the Act (and any contract that implements these requirements).

In many contracts it is made clear what the payment due date is (e.g. "the 28th day of each calendar month"), so there is no ambiguity. But if it is unclear, one possible solution is for Contractor and Employer to agree on what this date should be. Failing that, it may be sufficient to state that the notice is issued in respect of the due date of a particular application cycle, rather than specifying an actual date in the notice, provided it is otherwise clear and unambiguous that the payment notice relates to a specific due date. Such an approach was endorsed in the English case of Henia Investments Inc v Beck Interiors Ltd [2015] EWHC 2433 (TCC).

Above all, these cases reinforce the notion that at the outset of each project, employers, contractors and engineers alike need to set in place systems and procedures for making and processing interim payment applications in accordance with the contract and any applicable legislation. 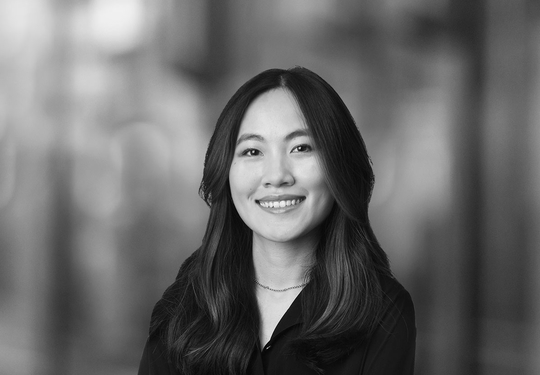