Multi-tiered dispute resolution: the use of conciliation

In the UK, disputes in the construction industry are rarely resolved through conciliation, with parties preferring recourse to adjudication, mediation, litigation or arbitration. However, a recent Australian case highlights that in other jurisdictions, the idea of conciliation is more prevalent.

Conciliation is a form of dispute resolution similar to mediation in which a neutral third party - a "conciliator" - is engaged by parties to help them reach a settlement to their dispute. In effect, the conciliation and mediation processes are the same. However, a mediator will generally facilitate discussions between parties and assist them in reaching a settlement together.

By contrast, where these discussions do not result in a settlement, a conciliator may pro-actively evaluate the position of each party and recommend settlement terms. The status of the conciliator's recommendation can vary from a mere suggestion to a final and binding decision. This is usually determined by the contract governing the dispute.

Construction and engineering contracts commonly provide for a multi-tiered approach to dispute resolution procedures, whereby each tier represents an escalation of the dispute. For example, in the 2017 FIDIC forms generally, the dispute resolution provisions require claims to be heard first by a project engineer, whose determination will be binding subject to any notice of dissatisfaction. In the event of such notice, a Dispute Avoidance / Adjudication Board ("DAAB") will hear the claim, first as an aid to the parties to avoid further escalation of the dispute (known as "avoidance of disputes"), and second as an adjudicator of the dispute. Following the steps with the DAAB, the parties must allow for a period of amicable settlement. Conciliation could satisfy both the "avoidance" step and the amicable settlement step. Finally, a claim may go on to arbitration if necessary. Arbitration should be the last step, reserved only for those claims that cannot be settled by the less invasive steps above.

A multi-tiered dispute resolution clause could also expressly include conciliation as one of its tiers, as the contract did in the recent Australian case of Tesseract International Pty Ltd v Pascale Construction Pty Ltd.1  Tesseract involved a contract for the design for the construction of a warehouse, where the multi-tiered dispute resolution clause provided for consecutive conciliation and arbitration processes. Both the conciliation and the arbitration processes were stated to be determinative and binding.

On the second argument, the contract did not clearly set out how the processes of conciliation and arbitration were interlinked, with tension arising as both were said to be determinative and binding. The court therefore construed the dispute resolution provisions such that conciliation was to be binding, subject to arbitration, thus removing any alleged uncertainty.

The use of multi-tiered dispute resolution clauses can be beneficial to parties. It may lead to a saving of time and cost, and preserve commercial relationships by filtering out those disputes that can be more readily resolved and allowing only the most contentious disputes to continue to arbitration. However, the Tesseract case demonstrates that poorly drafted dispute resolution clauses do pose a risk to parties. Clauses should be clear as regards the various steps and their mandatory nature or otherwise.

The Use of Conciliation in the Construction Industry

The contract in the Tesseract case purported to require the parties to engage in conciliation as a first step to resolving any disputes. The contract provisions, however, more closely resembled a process of expert determination, with the parties submitting documents to and attending meetings with the conciliator before a decision was made.

The benefits of conciliation as compared with other some adversarial forms of dispute resolution (such as arbitration and litigation) are similar to those factors often cited in favour of mediation:

Given these benefits, it is not surprising that in certain jurisdictions conciliation is widely used. For example, in Ireland, many standard form construction and engineering contracts require conciliation as a first step towards resolving disputes.

In addition, conciliation may offer an acceptable alternative to the sometimes controversial "med-arb" procedure, in which an arbitrator also acts at some point during the proceedings as a mediator. "Med-arb" can create difficulties from a "due process" perspective, especially if a mediator engages in "without prejudice" discussions with the parties and then (if a settlement is not achieved) rules in any final arbitral award after having received "without prejudice" information." Conciliation, as a separate process to arbitration, may provide a way of avoiding this problematic aspect of the "med-arb" procedure, because "due process" requirements do not apply in conciliation beyond what the parties may have agreed.

Finally, we note that the recent Singapore Convention on Mediation enables the international enforcement of settlement agreements which arise out of mediation. There are currently 53 signatories to the Convention, including the US and China (but not, at present, the UK). The Convention defines "Mediation" broadly as a process in which "parties attempt to reach an amicable settlement of their dispute with the assistance of a third person or persons ("the mediator") lacking the authority to impose a solution upon the parties to the dispute."

In many cases, the conciliation process will satisfy this definition if the conciliator's decision is non-binding. Global cooperation to ensure the enforceability of settlements may tackle a perceived disadvantage of both conciliation and mediation, and may result in a resurgence of both processes in the UK. 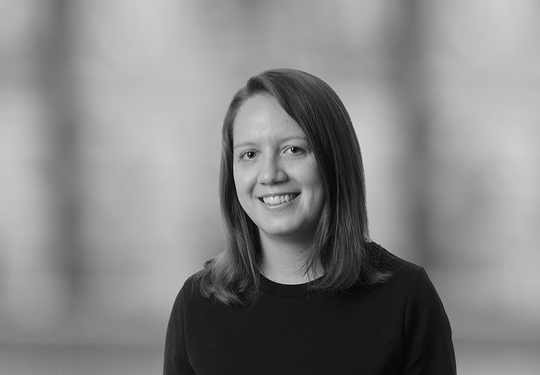