Thomas advises sponsors, lenders and other investors (including investment banks, funds and institutional investors) in complex, and many times cutting-edge, project and structured ﬁnance transactions, PPP transactions and on other ﬁnancing arrangements across a number of emerging markets, and primarily in Latin America and the Caribbean.

Limited Recourse Financing for Port in Turkey
Representation of UBS AG London Branch, as sole global coordinator and sole structuring advisor, initial purchaser and joint bookrunner, and Merrill Lynch International, as initial purchaser and joint bookrunner, in a private placement of US$370 million in aggregate principal amount of 9.50% senior secured notes due 2036 by Limak İskenderun Uluslararası Liman İşletmeciliği A.Ş. (LimakPort). The proceeds are to be used in connection with the expansion and operation of the international multi-purpose conventional and container cargo port located on the Mediterranean Sea in southeastern Turkey.

USD PPA Financing in Brazil
Representation of Atlas Renewable Energy, as sponsor, and certain of its affiliates, as borrower and guarantors, in connection with a breakthrough US Dollar financing the proceeds of which will be used to develop the 187 MWp New Juazeiro solar power project.

Electricity Tariff Stabilization Securitization in Chile
Representation of a group of independent power generators in Chile, including Aela Generación, Cerro Dominador, Chungungo, Empresa Eléctrica Carén, GM Holdings and Santiago Solar, in connection with closing a receivables purchase and sale facility to monetize receivables with a face value of approximately US$185 million.

PMGD Portfolio Financing in Chile
Representation of Solek Holding SE and certain of its subsidiaries in a senior secured credit facility the proceeds of which will be used to develop PMGD projects with an aggregate installed capacity of 110MW.

Atlas Renewable Energy (Chile)
Representation of Atlas Renewable Energy, as sponsor in connection with its US$253 million issuance of notes in the form of a private placement under Section 4(a)(2) and Regulation D of the Securities Act of 1933. The innovative transaction is the largest solar PV green private placement in Latin America to date. The proceeds of the notes are expected to be used to (i) develop and construct a 244 MWp solar project and (ii) refinance an existing 70 MWp solar project, both of which are located in Chile.

Rutas 2 and 7 Project
Representation of Sacyr Concesiones S.L. and Ocho A S.A., as sponsors, Rutas del Este S.A., as borrower, and Rutas 2 and 7 Finance Limited, as issuer, in the US$458 million zero coupon Rule 144A/Regulation S bond arranged by Goldman Sachs & Co. LLC, acting as sole global coordinator and a US$200 million working capital and long-term project ﬁnance facilities provided by the Inter- American Development Bank, in each case for the design, construction, operation and maintenance of the 2 and 7 Road Project in Paraguay.

Salaverry Port Project
Representation of Trabajos Marítimos S.A., as sponsor, and Salaverry Terminal Internacional S.A. (STI), as borrower, in connection with limited recourse financing the proceeds of which will be used to expand the Salaverry Multipurpose Port in Peru.

LNG to Power Project
Representation of Invenergy and Energía del Paciﬁco, Ltda. de C.V., as sponsor and borrower respectively, in the development and ﬁnancing of a 378 MW power plant in El Salvador and its related infrastructure, including a ﬂoating storage and regasiﬁcation unit (FSRU) permanently moored through a modiﬁed spread mooring system for liqueﬁed natural gas (LNG) delivery, storage, and regasiﬁcation, as well as a natural gas pipeline running from the FSRU to the power plant.

Atlas Renewable Energy (Uruguay)
Representation of Atlas Renewable Energy in connection with its US$114.4 million, long-term financing for two solar power projects in Uruguay. The two projects use 238,720 solar panel modules with an installed capacity of 75.8MWp. Atlas estimates the plants will remove 55,500 tons of carbon dioxide emissions annually and power close to 50,000 homes.

La Virgen Hydroelectric Power Project
Representation of Corporación Andina de Fomento and DEG – Deutsche Investitions- Und Entwicklungsgesellschaft MBH in connection with the long-term project financing for a hydroelectric power project in Peru with an installed capacity of 84 MW and a 63 km transmission line in the province of Junin, Peru.

La Jacinta Solar Farm
Representation of Invenergy LLC in the purchase of the 64 MW La Jacinta Solar Farm in Uruguay from Fotowatio Renewable Ventures, and an innovative US$68 million hybrid A Loan and B Bond refinancing with the participation of IDB Invest. The A/B structure combines traditional A Loan bank financing with a US$64.75 million B Bond private placement under Section 4(a)(2) and Regulation D of the Securities Act of 1933.

Next Generation Partner, The Legal 500 Latin America, Banking and Finance, 2019

Next Generation Partner, The Legal 500 Latin America, Projects and Energy, 2019 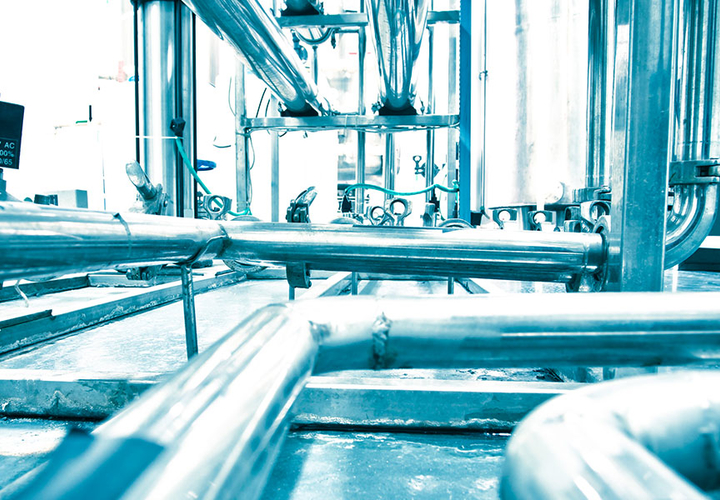