Challenge to the court's jurisdiction on the grounds of state immunity: confirmation of the English court's powers under s103(5) of the Arbitration Act

In its recent decision in (1) Hulley Enterprises Limited, (2) Yukos Universal Limited, (3) Veteran Petroleum Limited v The Russian Federation,1 the High Court concluded that where a party has challenged the jurisdiction of the court under the State Immunity Act 1978 ("the SIA"), the English courts do not have the power under s103(5) of the Arbitration Act 1996 (the "Arbitration Act") to order an adjournment of or grant security in aid of proceedings for recognition or enforcement of an arbitral award.

In his judgment, Mr Justice Henshaw reaffirmed the well-established principle that state immunity is a preliminary issue, which must be decided before any other issues in the case. He clarified that any exercise of powers under s103(5) would constitute the assertion of adjudicative jurisdiction over a state in circumstances where the court has not yet determined such jurisdiction to exist.

This does not, of course, leave the court without any power to stay proceedings in which state immunity is asserted; the court can exercise its general case management powers in determining when and how the challenge to state immunity should be heard.

The case arose as part of the ongoing Yukos Oil saga. In July 2014, an arbitral tribunal constituted by the Permanent Court of Arbitration and seated at The Hague (the "Tribunal") found that Russia had breached the Energy Charter Treaty in respect of its actions towards the Yukos Oil Company. The Tribunal awarded the Claimants (the "Yukos Shareholders") a combined total (across three awards) of approximately US$ 50 billion in compensation, plus interest (the "Awards"), making this the largest arbitration award in history.

Russia applied for annulment of the Awards at their seat in The Hague in early 2015, while the Yukos Shareholders commenced enforcement proceedings around the world, including in France, the U.S., England and Belgium.

In England, the Yukos Shareholders made an application for recognition and enforcement of the Awards under s101 of the Arbitration Act. Russia challenged the jurisdiction of the English court under s.9 of the SIA, claiming that that English court did not have jurisdiction over it because there was no valid arbitration agreement concluded between the parties.

On 20 April 2016, Russia was successful before the District Court of The Hague and the Awards were set aside. The worldwide enforcement proceedings were either stayed or discontinued, with the proceedings in England being stayed by a consent order of Mr Justice Leggatt (as he was then).

In the meantime, on 6 July 2020, the Yukos Shareholders applied to lift the stay of the recognition and enforcement proceedings in England, and requested, in the alternative, that should the court decide to continue the stay, it also exercise its powers to grant security under s103(5) of the Arbitration Act, and order Russia to pay security in the amount of US$ 7 billion – which would have been the largest recorded order for security ever made by the English courts.

Russia objected to the lifting of the stay arguing, inter alia, that (i) it was more efficient to await the outcome of the proceedings in the Netherlands, (ii) its appeal to the Dutch Supreme Court has a good prospect of success, and (iii) it would suffer prejudice if the proceedings were allowed to continue. It objected to the grant of security on the basis that the court did not have the power under s103(5) of the Arbitration Act to grant security where there was an as yet undecided jurisdiction challenge under the SIA.

The High Court's Decision on the court's powers under s103(5)

The Yukos Shareholders' application was heard by Henshaw J, who concluded that the stay should be maintained until such time as the outcome of the Dutch proceedings is known.

Much of Henshaw J's decision is specific to the facts of the case, and discusses well-established law. Of broader relevance is the court's approach to the application of the court's powers under s103(5) of the Arbitration Act when a jurisdiction challenge has been brought by a state under the SIA.

"Where an application for the setting aside or suspension of the award has been made to such a competent authority as is mentioned in subsection (2)(f), the court before which the award is sought to be relied upon may, if it considers it proper, adjourn the decision on the recognition or enforcement of the award.

It may also on the application of the party claiming recognition or enforcement of the award order the other party to give suitable security."

During the hearing, the Yukos Shareholders submitted that the English court had jurisdiction to require security under s103(5) as a form of its case management powers; they further submitted that the court should use that same power (under s103(5)) in deciding when to hear a state's application under the SIA. The Yukos Shareholders distinguished between the power to adjourn and grant security under s103(5) and the powers to order money to be paid into court or to grant a freezing injunction, accepting in relation to the latter two that case law established that the court does not have power to make such orders against a state until such time as jurisdiction has been established.

Russia disagreed. It asserted that state immunity is a threshold issue, to be decided before any part of the substantive action can be heard or proceed. As such, whether or not Russia was immune from suit had to be decided before any power under s103(5) of the Arbitration Act could be exercised. In support of this, Russia noted that it had not yet challenged the recognition and enforcement of the Awards; it only had asserted immunity under the SIA, which had to be determined before the recognition and enforcement proceedings could be decided.

Agreeing with Russia's position, Henshaw J held that any exercise of powers under s103 would constitute the assertion of adjudicative jurisdiction over Russia in circumstances where the court had not yet determined such jurisdiction to exist. Given this, there could be no question of the exercise of such powers unless and until Russia's claim to state immunity had been determined. He noted in particular that:

The decision confirms that the court does not have the power to order a stay, and security in support of that stay, under s103(5) where a state has a pending challenge to the court's jurisdiction under s.9 of the SIA.

The circumstances that led to the court considering this are unusual; as Henshaw J himself noted, it is unsurprising that there is no recorded example of an order for security under s103(5) being refused on the grounds of sovereign immunity, because a state requesting an adjournment under s103(5) would risk being deemed to have taken a step in the proceedings other than for the purposes of claiming immunity (which might constitute a waiver of such immunity under s2(3)(b) of the SIA).

The judgment is therefore helpful in clarifying the scope of the court's powers when a state asserts immunity - the court can exercise its general case management powers, but cannot exercise any power under s103(5) of the Arbitration Act, as such power has not yet arisen. States must therefore be prudent in ensuring they do not make any request for an adjournment under s103(5) of the Arbitration Act, as doing so would risk a waiver of sovereign immunity.

The authors would like to thank trainee Jasmine Mann for her assistance in the drafting of this article.

2 The decision is expected later this year (subject to a potential reference to the European Court of Justice). 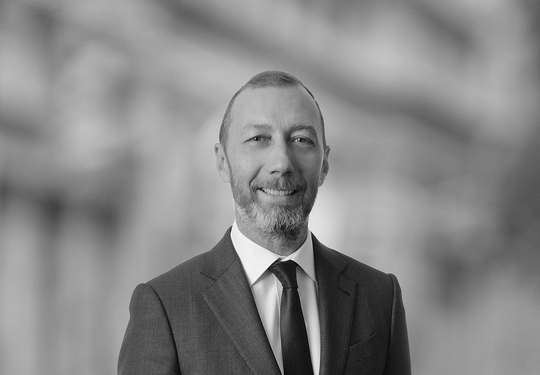 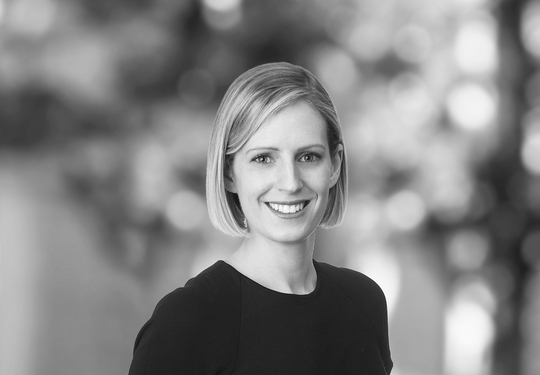