Liquidated damages and penalties in Singapore

Liquidated damages provisions in contracts are unenforceable if they constitute a "penalty". The past few years have seen subtle but important shifts in how the concept of a penalty is defined. A recent decision from the Singapore Court of Appeal gives insight into the approach taken in that country.

Leiman v Noble Resources Ltd [2020] SGCA 52 (28 May 2020) concerned the terms on which a senior executive (Mr Leiman) left his former employer (Noble). The parties had entered into a Settlement Agreement to address the terms of Mr Leiman's departure from the Noble group. While the case raised several issues, an argument was raised as to whether clause 3(c) of the Settlement Agreement was an unenforceable penalty, insofar as it purported to forfeit the unexercised Share Options that had vested in Mr Leiman. The clause provided as follows:

3. Severance Payments and Benefits
(c) [Mr Leiman] shall be entitled to exercise the outstanding 7,727,272 options he holds in the Noble Group Limited Share Option Schedule 2004 vesting on 2nd April 2012 as well as all options vested to date but unexercised, in each case provided he does so exercise on or prior to 2nd April 2013 and provided that prior to exercise he has not acted in any way to the detriment of Noble and the [R&O Committee] of Noble shall make a final determination in the event of any dispute.

Noble's position was that Mr Leiman had, subsequent to leaving Noble, acted "to the detriment of Noble", meaning that his share options were forfeited. Mr Leiman rejected that suggestion, and challenged the enforceability of the forfeiture provision on the basis that it was a penalty. Noble countered by contending that clause 3(c) could not be a penalty, because a penalty only arises where there is a breach of contract (i.e. a breach of a 'primary obligation') that gives rise to a 'secondary obligation' to pay damages. Clause 3(c), however, did not require a breach of contract to be activated, therefore (Noble argued) the law of penalties did not apply.

The rule against penalties

In considering this particular issue, the Singapore Court of Appeal affirmed that the Singaporean position concerning penalty clauses and liquidated damages is embodied in the principles set out in the House of Lords decision of Dunlop Pneumatic Tyre Ltd v New Garage & Motor Co Ltd [1915] AC 79. In that case, Lord Dunedin had held that a liquidated damages provision is not a penalty where it is a genuine pre-estimate of damage. To ascertain whether the sum stipulated is a penalty, a court will consider the terms and the circumstances of each contract at the time it was entered into. Various factors may be relevant in determining whether a clause is a penalty, including:

A century later, the UK Supreme Court finessed this test in the case of Cavendish Square Holdings BV v Makdessi [2015] UKSC 47. There, the Supreme Court said that the question of whether a contractual provision operated as a penalty was to be considered by asking "whether the impugned provision is a secondary obligation which imposes a detriment on the contract-breaker out of all proportion to any legitimate interest of the innocent party in the enforcement of the primary obligation". There is a question (ultimately undecided in Leiman) as to whether this test, which takes account of the "legitimate interests" of the person seeking to rely upon a clause, applies in Singapore. There was another question, which arose in Leiman, of whether the rule against penalties could apply even if there was not a "breach of contract" (i.e. a breach of a"primary obligation").

On this latter point, the Singapore Court of Appeal held that "the rule against penalties applies only to clauses that impose secondary obligations". To determine whether there was a breach of a "primary obligation", the Court looked at the substance, not the form, of the provision in question. The Court said that it would be guided by:

Applying this approach, the Court concluded that cl 3(c) was a primary obligation, which did not give rise to a secondary obligation if Mr Leiman "acted in any way to the detriment of Noble" once he had left Noble. The clause gave Mr Leiman "enhanced rights" if he was a "good leaver", but did not seek to penalise him (such as by requiring him to pay a sum of money) if he was not a "good leaver". Ensuring that he was a "good leaver" was regarded by the Court as a legitimate commercial purpose. Accordingly, the clause could not be struck down as a penalty.

Leiman provides helpful guidance on whether a clause will be unenforceable under the rule against penalties. Although the case does not reformulate the test in Singapore for penalties, two aspects of the Court's approach are significant.

First, the Court focused on the substance rather than the form of the contractual provision in question. This indicates that there is no bulletproof way (e.g. by the contract stipulating that a fixed sum payable for breach of contract is not a penalty) to avoid the application of the penalties doctrine.

Secondly, the Court gave close attention to the nature of the transaction, the background as known to the parties when they entered into the contract, and in light of that whether there was an "independent commercial purpose" to the provision in question. In this context, the court also considered whether the party seeking to enforce it would, by doing so, be given effect to a "legitimate commercial interest", as opposed simply to punishing the party in default in a heavy-handed and indiscriminate way.

What this suggests is that the position in Singapore is likely to be close to that which now applies in England.

One of the vital functions of liquidated damages provisions is to give contracting parties certainty as to their risk exposure. The common law will respect the parties' agreed-risk allocation, and generally seek to uphold rather than strike down liquidated damages clauses. The balance that the common law seeks to strike is between on the one hand the protection of the parties' agreement and legitimate commercial interests, and on the other hand protection against provisions which are punitive or oppressive in their operation. 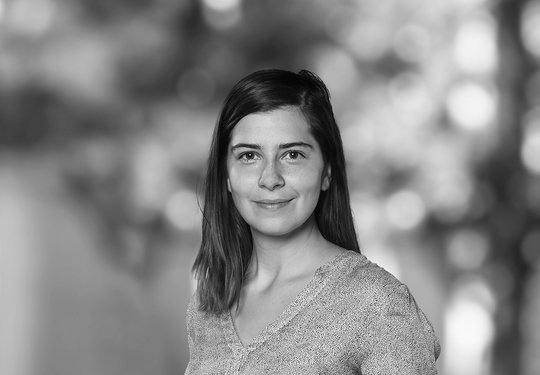