On 2 September 2021, the Minister for Energy and Emissions Reduction tabled two Bills in the Australian Parliament that will, if enacted, regulate the development and operation of offshore wind and other renewable energy in the 'Commonwealth offshore area' in Australia.

This comes only a few weeks after the Blue Economy Cooperative Research Centre published a report that found Australia has very high quality and abundant offshore wind resources close to the existing transmission grid. The report concluded that more than 2,000 GW could potentially be installed within 100km of current substations.

The proposed legislation has the potential to catalyse investment in offshore wind and other emerging renewable technologies, such as wave and tidal, by providing a clear pathway to evaluate and develop offshore renewable energy projects in Australia. This clarity has been lacking up to now.

The Offshore Electricity Infrastructure Bill (Bill) is at the heart of a package of proposed legislation to regulate offshore renewable energy in Australia's territorial seas and exclusive economic zone that fall under the jurisdiction of the Commonwealth of Australia (Commonwealth offshore area).

Who will administer the new legislation?

The new legislation would fall within the portfolio of the Minister for Energy and Emissions Reduction. The Minister would be responsible for making many key decisions under the new legislation, such as granting licences to evaluate or develop offshore renewable energy projects. However, the Bill also proposes to give important roles to two other regulators.

Presently, there is no clear pathway for a developer to secure rights to occupy and develop the sea and seabed for an offshore renewable energy and electricity transmission project. The Bill proposes to address this by establishing a declaration and licensing regime that applies to the Commonwealth offshore area.

The mechanics of how the licensing regime operates is proposed to be set out in a licensing scheme included in Regulations, which will cover matters such as the offering and granting of licences, the transfer of licences, changing control of licence holders and management plans.

The key aspects of the regime included in the Bill are described below.

The Bill proposes that licences to assess and develop offshore renewable energy projects can only be issued in respect of areas that have been declared by the Minister.

The Minister must publish notice of a proposal to declare an area, invite people to make submissions within at least 60 days after the notice is published, and consider any submissions before making a declaration. The Minister must also consider how offshore renewable energy infrastructure could affect other marine users and interests, and consult with the Defence Minister and the Minister responsible for the Navigation Act 2012 (Cth).

It is proposed that the Minister can only make a declaration if satisfied the area is suitable for offshore renewable energy infrastructure, and the Bill leaves open the possibility that the Regulations will prescribe a maximum size for a declared area. A declaration can be subject to conditions, and the Minister would also have the power to vary or revoke a declaration.

There are four proposed types of licences:

A pre-condition to undertaking activities under any licence is the management plan for the licence, and the provision of financial security. These matters are discussed in further detail later.

To be granted a licence, the applicant must meet the merit criteria, which differ slightly depending on the licence sought.

At the feasibility licence stage, the merit criteria are satisfied if the applicant is likely to have, or is able to arrange to have, the technical and financial capability to carry out the project, and the proposed project is likely to be viable.

For commercial and transmission and infrastructure licence applications, the applicant must already have the technical and financial capability in place, and the project must be viable. Additional merit criteria may be included in Regulations.

How long do licences last?

All licences must have a term, which is able to be extended at the discretion of the Minister. The initial term for a feasibility licence is up to seven years, and for a commercial licence is up to 40 years.

The Bill does not fix a term for transmission and infrastructure licences, although the licensing scheme may set out how a licence term is to be determined.

Transfer and change in control of licences

The Bill proposes a regime for licences to be transferred from a licensee to another party. Applications would be made to the Offshore Infrastructure Registrar by either the transferor or the transferee of the licence, and the Minister would consider and determine the application in accordance with the licensing scheme. The Minister may transfer the licence if satisfied of various matters, including whether the transferee meets the relevant merit criteria for that licence. If a management plan is in force for the licence, the Minister may also require applicants to provide a financial security.

Unlike most environmental and resource laws, the Bill also proposes that a change in control of a licence must be approved by the Registrar.

The Registrar may consult with NOPSEMA or the Minister in deciding whether to approve the change in control, and must have regard to whether the licence holder would continue to meet the relevant merit criteria for the licence.

The Bill also proposes a tracing regime which allows for a change in control of a licence holder to be traced to a change in control of the companies, trusts or partnerships that control the licence holder. The Explanatory Memorandum explains that the tracing regime has two purposes – to provide government oversight of changes to companies or other entities that are not the immediate holder of the licence (such as a change to a holding company), and to prevent perverse behaviours that could arise if the legislation only provided for oversight of the immediate licence holder (such as, for example, setting up a shell company as licensee).

NOPSEMA will have the role of assessing and approving any management plans proposed by the licence holder for their licence.

A management plan is a plan for activities to be carried out under the licence. The Bill stipulates a range of matters that management plans need to address, such as how the licence holder is to carry out the project, comply with its statutory obligations to maintain and remove property and provide financial security, and comply with any obligations under the Environment Protection and Biodiversity Conservation Act 1999 (or regulations under that Act).

The proposed companion legislation to the Bill is the Offshore Electricity Infrastructure (Regulatory Levies) Bill 2021. Under this Bill, Regulations will be made that set out the levies to be paid by licence holders and by anyone else engaging in offshore infrastructure activity of a kind prescribed by the Regulations.

Protection of infrastructure, safety and other marine users

Offence to damage or interfere with offshore renewable energy infrastructure

The Bill includes a proposed offence to engage in conduct that results in damage or interference with any operations or activities in relation to an offshore renewable energy or electricity transmission infrastructure, or any vessel or structure (and any equipment attached to such a structure or vessel) in relation to the infrastructure.

The proposed maximum penalty for this offence is imprisonment for 10 years.

The Bill proposes that NOPSEMA may determine, by its own initiative or by application by a person, safety zones and protection zones in the Commonwealth offshore area. The Explanatory Memorandum for the Bill explains that the safety zones and protection zones are to "assure the safety of offshore workers and other users of the marine environment, and to protect [offshore renewable energy and electricity transmission infrastructure] from damage that may be caused by the actions of other marine users". Safety zones are intended to be temporary protection, whereas protection zones are longer term protection over specified areas for certain activities (e.g., protecting infrastructure from damage caused by activities such as anchoring or trawling).

A safety zone is defined as an area around the eligible infrastructure that must not be entered by vessels, or by particular kinds of vessels. The safety zone determination may extend to a distance of 500 metres around the infrastructure specified in the determination if the zone is entirely within the Commonwealth offshore area. Safety zones can be declared in respect of offshore renewable energy and electricity transmission infrastructure, as well as certain types of cables within the licence area. However, the Bill does not propose that safety zones can be declared in respect of cables that transmit electricity from the offshore renewable energy project to the shore.

There are offences for vessels entering safety zones and engaging in prohibited or restricted conduct in the protection zone.

Licensees prohibited from interfering with other marine interests

The Bill includes a provision that would prohibit licensees from interfering with navigation and a range of other rights and users of the marine environment any more than is reasonably necessary. The protected rights and users include native title rights and interests, fishing, conservation of resources, activities carried out under the Offshore Gas Act, and other lawful activities.

Application of the Work Health and Safety Act 2011

The Bill proposes to apply the Work Health and Safety Act 2011 (Cth) (WHS Act) to:

Rehabilitation, bond and security for decommissioning

The financial security must be sufficient to cover any costs, expenses and liabilities arising in connection with or as a result of decommissioning, removing equipment or property, and remediation of the licence area.

The Regulations may provide that this security is payable and refundable in stages. As such, it may be the case that the security attaches to certain infrastructure and is refunded once NOPSEMA is satisfied that no further costs are likely to arise in relation to that infrastructure.

The security will be paid into the Offshore Infrastructure Registrar Special Account. Once paid, the Commonwealth or NOPSEMA will be able to apply the security to any costs, expenses or liability they incur in relation to a licence. The kinds of costs that may be recovered will be specified in Regulations, but they may be broader than those that formed the basis of calculating the amount of security payable, and may include levy amounts due and payable to the Commonwealth.

The financial security will be retained until NOPSEMA is satisfied that it is no longer required, upon which it will be refunded to the licence-holder.

The Bill also gives NOPSEMA power to issue remedial directions to a licence-holder. NOPSEMA may require the person to provide for the conservation and protection of the natural resources in the licence; make good to seabed, subsoil or other environmental damage (whether inside or outside of the licence area); undertake assessments, monitoring and reporting, remove property, or make arrangements to comply with obligations under the Bill or their management plan.

NOPSEMA may also issue these directions to a person whose licence is surrendered or cancelled and require them to comply with the obligations under their licence or management plan immediately before the surrender or cancellation.

NOPSEMA is proposed to have broad enforcement powers under the Bill. In addition to the matters to be addressed by the management plan, NOPSEMA may also:

Importantly, contraventions against directions from the Regulator is an offence under the Bill and attract significant civil penalties.

Tabling of the two Bills is the first stage of the legislative process. The Bills will need to be passed by both Houses of the Australian Parliament, and a third Bill is expected that will make consequential amendments to other Commonwealth legislation. Finally, the Regulations will need to be made to give further detail on a number of key areas, including the licensing scheme, merit criteria and financial security. While it is likely to be some time until the new legislative regime comes into effect, it is an important step to enhance renewable electricity generation in Australia.

Sophia Cheng (White & Case, Graduate, Sydney) contributed to the development of this publication. 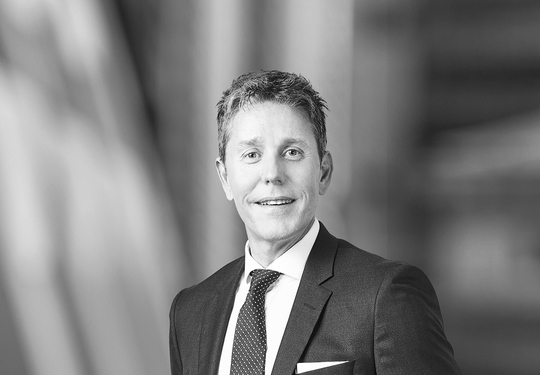 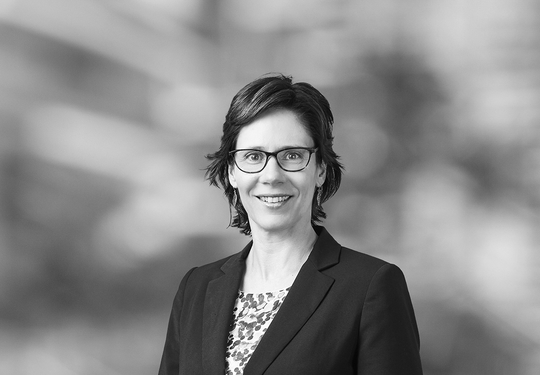 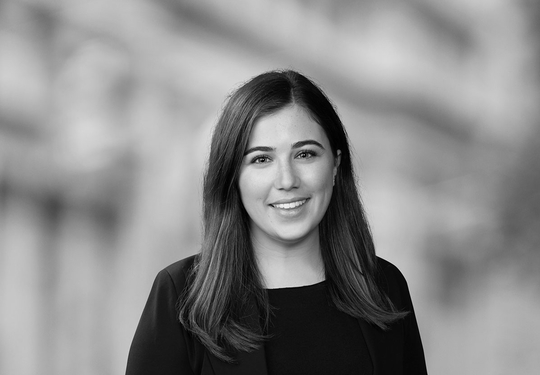