The week between Christmas and New Year is not, traditionally, a time when Ofgem pushes out consultations on licence modifications. Nevertheless, on 30 December 2021, just such a consultation appeared. Perhaps, given the year just passed, no-one should have been surprised that it related to Supplier of Last Resort ("SOLR") payment claims.

The energy sector was subject to "severe strain" over the second half of 2021, due to sustained price volatility. Supplier failures hit record levels (with likely more to come) and nearly 30 suppliers ceased trading in 2021. All but one of those failures resulted in Ofgem triggering the SOLR process, whereby the customers of the failed supplier are transferred to another supplier (the SOLR), thus ensuring continuity of supply.

The SOLR is allowed to claim certain of the additional costs which it incurs in taking on the customers of the failed supplier. These costs are spread across all energy consumers and are recovered via the network charges payable by all suppliers that use the electricity and gas networks (known as the "SOLR Levy"). Given the number of recent supplier failures, these network charges for the 2022/2023 financial year will increase significantly, due to SOLR Levies.

The process whereby a SOLR's claim for SOLR payment is approved, and ultimately paid, can be lengthy, extending sometimes to several years' duration. Ofgem has already moved to expedite the process, but even with a faster process, there is still potentially significant financial exposure involved in becoming a SOLR. Ofgem has therefore been looking at widening the ways in which suppliers may access the finance necessary to become a SOLR. Ofgem hopes that allowing third party financing could potentially smooth out the effect of the impending increases in SOLR Levy payments on consumer bills by spreading the costs over a longer period and, additionally, increase competition by enabling more suppliers to participate in SOLR processes.

Ofgem states in the 30 December consultation that it has been "scoping the viability" of various proposals relating to "mitigating the financial impact on customers… of the likely sharp [energy price] increases in April 2022". These proposals presumably include third party financing for SOLRs. One proposal, in particular, is described in some detail and can be summarised as a purchase by a third party of the rights of the SOLR to future SOLR payments, with the subsequent SOLR payments being made directly to that third party by the relevant network licensee rather than the SOLR. It is clear that this proposal has been discussed in some detail, and there is even a statement that one potential finance provider believes that it will be possible to put in place such an arrangement by the end of January 2022.

Ofgem is keen to point out that this is not the only possible option for external financing, and it stresses that any future arrangement (whether following the described model or not) will always need to satisfy Ofgem that customer interests are being protected (protection of customer interests being Ofgem's raison d'être).

This does prompt the conclusion that although the consultation itself is about a fairly narrow amendment to the licence conditions of suppliers and network operations, Ofgem seems to be saying that it is open to suggestions as to how third parties may support the SOLR process. (The licence modifications introduce the concept of an "LRSP Permitted Assignee" to whom SOLR Payments may be made. Embedded in this concept is the requirement that Ofgem consents to the LRSP Permitted Assignee. It is clear from the consultation document that this consent will encompass all aspects of any proposed third party financing arrangement.)

Timing is an interesting aspect. The licence modifications, which Ofgem believes are required to allow payments to be made to unlicensed persons would, if made, follow the standard time frame for licence modifications, which means they would not become effective until 56 days after publication by Ofgem of its decision to make those modifications. The consultation closes on 27 January 2022 and Ofgem must consider responses before it makes its decision. It is not clear how that timetable fits with the statement that Ofgem wants modifications in place in January so that the proposed sale/payment to third party arrangement can also be put in place in January. (The urgency arises because Ofgem must review the Retail Price Cap ("RPC") in February, to take effect in April. The RPC takes account of network charges, which include SOLR Levy payments, so if these can be reduced or deferred, it may help to keep the RPC down.)

The consultation document is something of a hybrid, covering as it does a relatively "dry" change to the administrative provisions of standard licence conditions and a more discursive exploration of potential financing options for future SOLRs. It does, however seem to open the possibility of new financing structures to support the SOLR process, and a willingness on the part of Ofgem to engage in discussions on the subject.

The consultation closes on 27 January 2022 and Ofgem is seeking responses from all interested parties, in particular, financiers. 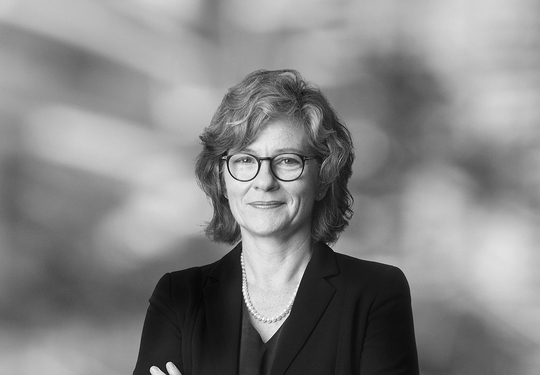