The Spanish Constitutional Court has recently issued a judgment that bolsters confidence in Spain as a place of arbitration. The Constitutional Court reinstated an arbitral award previously annulled by the Madrid High Court. It confirmed that the Spanish courts have limited power of review when seized with an action to annul an award, and must show strict deference to arbitration tribunals.

The judgment, released on 15 February 2021, concerned an appeal from a decision by the Madrid High Court to annul an arbitral award in a €600 million inheritance battle, on the grounds that the award: (i) was not sufficiently reasoned; (ii) did not adequately evaluate all the evidence; and (iii) failed to decide all questions raised in the arbitration. The High Court ruled that it violated the right to judicial protection under Art. 24(1) of the Spanish Constitution and was arbitrary, warranting its annulment on the ground that it violated Spanish public policy.

The Constitutional Court overturned the ruling and unanimously decided that the High Court of Madrid had erred in its decision to annul the award, which did not violate public policy. The Constitutional Court reasoned that when seized with an action for annulment, courts must treat arbitral awards as final decisions. When parties agree to binding arbitration, they remove jurisdiction away from the courts, and the judiciary must respect this decision; judicial review of such awards must therefore be minimal.

The Constitutional Court stressed that the court's role at the annulment stage is not to replace the arbitrator in the resolution of the dispute; the courts are not entitled to review the merits of the case when ruling on alleged breaches of public policy, and in no circumstances may they "re-judge" or conduct a de novo analysis of issues that have already been decided by the tribunal. An annulment action is not a second chance for the review of facts and rights decided in the award; nor is it a control mechanism for the correct application of jurisprudence.

The Court confirmed that the standard for the review of arbitral awards on public policy grounds is extremely narrow. The court's role is to verify that the arbitrators have respected due process and procedural guarantees. For a breach of due process to have occurred, the arbitral award must be either "arbitrary, illogical, absurd or irrational." Otherwise, it cannot be annulled on the basis of public policy. Further, the right to a reasoned award must be interpreted strictly. Simple reasoning, even if the court considers it to be incorrect, it cannot be annulled under public policy grounds. The right to judicial protection recognized in Art. 24(1) of the Spanish Constitution does not guarantee a correct legal interpretation and application of the law.

The recent jurisprudence from the Constitutional Court set important precedents regarding the appropriate level of judicial scrutiny in annulment actions in Spain, and highlights a strong pro-arbitration stance. Spain has a robust modern Arbitration Act (Law No. 60/2003 of 23 December), and has been a party to the New York Convention since 1977. Spain is also a signatory to the Washington Convention for the resolution of investment arbitration disputes, and a party to over 60 investment protection treaties in force with over 60 states. The latest ruling generates further confidence in Spain as a jurisdiction that is favorable for arbitration.

White & Case LLP is a leader in arbitration related to Spain, with a longstanding office in Madrid that is deeply integrated into our leading International Arbitration practice, in connection with matters spanning Latin America and the globe. 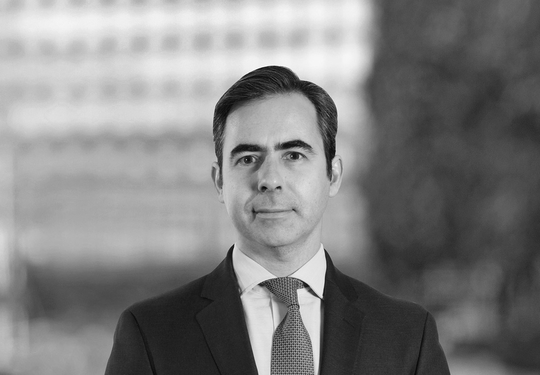