In line with the increased protectionism around foreign direct investments (FDI) in the past few years, the economic impact of COVID-19 led to a worldwide rapid expansion of existing regulations. The countries justify such expansion by the need to protect the expertise and intellectual property (especially in connection with the health/biotech sector) of homegrown companies from opportunistic takeovers in a context of depreciated valuations.

France is no exception to the reinforced control all around the EU resulting from the publication of European Commission's guidelines on the protection of Europe's strategic assets on March 25, 20201 calling on Member States to make use of all available mechanisms to protect critical health infrastructure and other critical sectors). Building on the significant development of its FDI screening framework in 2018 and 2019, the French government further expanded its scope to French biotech companies.

FDI in France have been regulated since the enactment of law n°66-1008 dated December 28, 1966 regarding foreign financial relations, supplemented by successive implementation decrees and ministerial orders2. Over the past few years, France has consistently strengthened and expanded the FDI control regime. Further to the decree dated November 29, 2018 and the law dated May 22, 2019 (PACTE), a decree and a ministerial order both dated December 31, 2019 have (i) expanded the list of "sensitive activities," (ii) refined the concept of foreign investors/investments for both European and non-European investors, and (iii) clarified the role of the French Ministry of Economy by introducing a two-step review process for qualifying investments.

Targets fall under the scope of the control regime when the following criteria are met:

The review process has also recently been clarified:

The ministerial order dated April 27, 2020, as completed last week by a decree and a ministerial order both dated July 22, 2020, has (i) temporarily lowered the screening thresholds for non-EU/EEA investors in listed companies falling under the scope of control from 25 percent to 10 percent of voting rights (such new provision being applicable until December 31, 2020 only), and (ii) perennially expanded the list of "sensitive activities" to include R&D related to biotechnologies.

Investments in certain activities deemed to be critical for public health protection were already subject to FDI screenings and prior authorization due to the nature of their end-products. However, investments in their R&D were not in themselves in the scope, the challenge of protecting public health being, in such regard, too distant and prospective. While this expansion may seem to only clarify (rather than expend) the previous regime (since biotechnologies, as long as used in the context of a "sensitive activity" (other than biotechnology itself), were already being encompassed by such broader activity5), this new regulation provides one significant change: Biotechnologies are not only those you may buy in the market, but also those at the R&D stage.

No legal definition is provided, which means that the new scope of screening is unclear. Absent any other guidelines, reference could be made to the OECD's definition, "biotechnology is defined as the application of science and technology to living organisms as well as parts, products and models thereof, to alter living or non-living materials for the production of knowledge, goods and services", as supplemented by an indicative list-based definition: technologies relying on DNA/RNA, proteins and other molecules, cell and tissue culture and engineering, process biotechnology techniques, gene and RNA vectors, bioinformatics and nanobiotechnology6.

In light of the difficulties encountered during the management of the COVID-19 outbreak, French authorities most likely aimed at enhancing control over FDI in companies whose activities are related to the COVID-19 vaccine research.

Another reason for the extension of the scope lies in the unprecedented volatility of stock markets and the fall of market capitalization in the early stage of the pandemic. French healthcare companies appeared to be potentially vulnerable to opportunistic foreign buyouts. Although the adverse impact on listed companies in this sector (as measured by the CAC Health Care Index7) was relatively limited compared to that on French companies in general (as measured by the CAC 40 Index, i.e., -13 percent vs. -27 percent), a vast majority of those companies have seen their stock values plummet.

Broad wording and absence of legal definition could result in a remarkable array of companies being scrutinized, including those whose business is not related to the healthcare sector per se. Such significant leeway for the evaluation of the scope of mandatory screenings may render the prior screening at the initiative of prospective investors to be a systematic feature of any investments in such areas.

The newly expanded regulatory environment will require that foreign (and in particular non-EU/EEA) potential investors navigate in an increasingly complex web of regulations. This new constraint might heavily weigh on venture capital deals to come in this sector.

However, although its precise impact is unclear, this expansion to biotech companies primarily means that the FDI control regime will apply to biotech deals, which fundamentally means, in a large majority of cases, prior authorizations rather than prohibitions.

The traditional FDI screening implementation policy will certainly provide a useful guideline and benchmark in the near future. Meanwhile, financial sponsors will need to factor the FDI issues into their risk assessment when thinking about French biotech companies, whether for an investment or an exit.

1https://trade.ec.europa.eu/doclib/docs/2020/march/tradoc_158676.pdf
2 The ensuing regime being codified in articles L. 151.1 to L. 151-7 and R. 151-1 to R. 153-17 of the French Code monétaire et financier.
3 Under article L. 233-3 of the French Code de commerce, "control" is defined as (i) the direct or indirect holding of a majority of voting rights, (ii) de facto control, and (iii) the authority to appoint or remove a majority of company's management or members of its board. Pursuant to the decree dated December 31, 2019, French authorities can further refer to paragraph III of article L. 430-1 of the French Code de commerce, i.e. the possibility of exercising decisive influence over the business of an entity, including (i) access and user rights with respect to all or a portion of the assets of the relevant entity, and (ii) contractual and other rights that confer a decisive influence over such entity's corporate bodies.
4 In such latter case, the foreign investor may be required to (i) guarantee the sustainability of the relevant activities in France, (ii) ensure that the French company's expertise is not leaked to foreign person, (iii) adapt the corporate governance of the French target, (iv) commit to reporting undertaking, or (v) even sell part of target's shares to a "friendly" investor approved by the French Ministry of Economy.
5 Artificial intelligence and robotics were already included in that list; medtech companies were consequently subject to prior authorization since these technologies are frequently part of it.
6 https://www.oecd-ilibrary.org/docserver/factbook-2013-63-en.pdf?expires=1595441191&id=id&accname=guest&checksum=32F1F31A88E463030BA9FCE080205783.
7 Index of 50 French listed companies active in the sectors of health care, e.g. diagnostic companies, medtech companies and biotech companies.
8 See for instance the special report to the French Parliament: http://www.assemblee-nationale.fr/12/rap-off/i2046-01.asp. 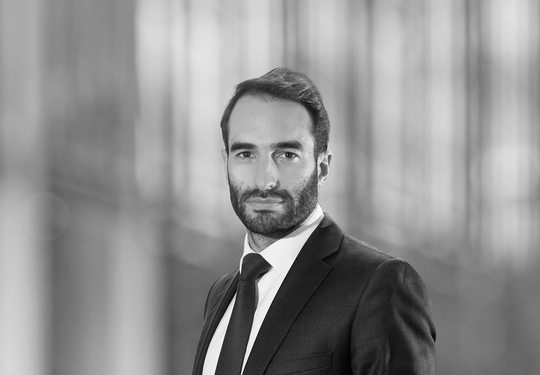 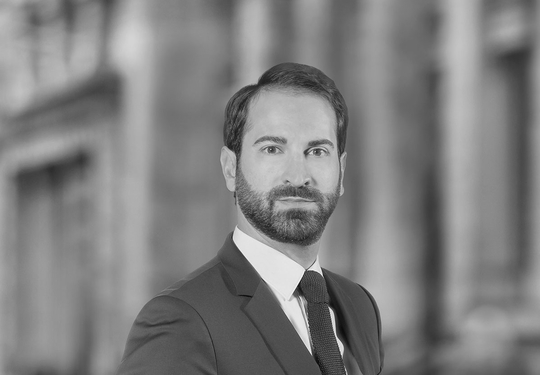