The member states of both the EMCCA and the WAEMU belong to the Organization for Harmonization of Business Law in Africa (OHADA)3, which has increasingly adopted a set of unified legislation, resulting in a reliable, more sophisticated legal framework for businesses involved in international project financings. The EMCCA has established a new foreign exchange regulation. In addition, WAEMU countries plan to replace the West African CFA franc, the common currency in use for the past 75 years4, with a new common currency called the Eco.

Here is how these reforms will affect international project finance transactions in West and Central Africa.

Since OHADA's creation in 19935, investors throughout West and Central Africa have been able to rely on a modern, unified legal framework for their project finance transactions.

OHADA legislation is a civil law legal system that aims to provide a common business and legal framework across all 17 member states, while enhancing the legal certainty and predictability of international transactions in the region. One important law affecting international project financing, the 2010 "Uniform Act Organizing Securities," created a uniform, modern security law for OHADA nations. It allowed the possibility of appointing a security agent, acting in its own name, on behalf of lenders, and reinforced lenders' rights by enabling them to use new, efficient security enforcement mechanisms, such as out-of-court appropriation ("pacte commissoire").

Other new and revised laws for the OHADA region followed, including:

A new "Uniform Act on Mediation," adopted in 2017, provides an enhanced legal framework for all aspects of mediation in OHADA's 17 member states. This new alternative dispute resolution mechanism aims to achieve more rapid and easier enforcement of agreements in the OHADA zone.

Although the sophistication and reliability of OHADA's legal regime in certain specific business law areas offers a degree of comfort to investors in the region, other aspects of transactions remain subject to the national laws of the relevant countries. For example, the determination of tax registration fees remains the strict prerogative of individual nations. Thus, the amount of tax registration fees varies from one member state to another, even in the same cross-border transaction. This encourages forum shopping and contradicts OHADA's goals of harmonizing business regulations.

The fact that OHADA members belong to different regional organizations is also a key point to take into account when carrying out an international project finance transaction. Benin, Burkina Faso, Côte d'Ivoire, Guinea-Bissau, Mali, Niger, Senegal and Togo belong to the WAEMU, while Cameroon, Central African Republic, Chad, Republic of Congo, Equatorial Guinea and Gabon are members of the EMCCA. This leads to the application of different rules pertaining to economic law and foreign exchange controls (See Figure 1). 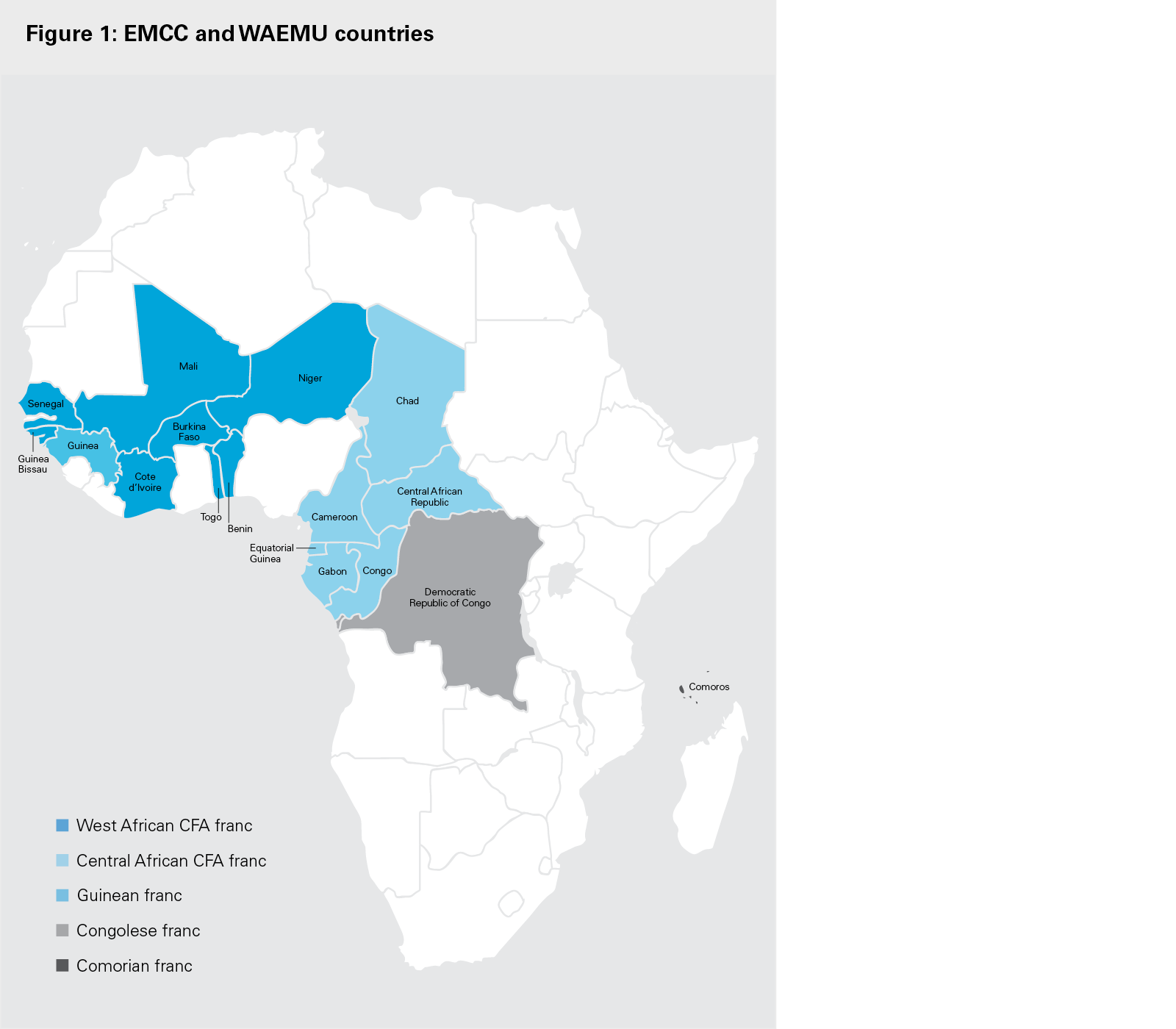 The current momentum towards currency reforms in the WAEMU and the EMCC may result in increased practice discrepancies within the OHADA zone, highlighting the need to analyze these reforms and assess their direct legal consequences on international project finance transactions.

Three sets of rules in the New FX Regulation are particularly relevant when carrying out an international project finance transaction.

One characteristic of project finance transactions is that they are generally conducted on a non-recourse basis. In practice, this means that lending banks can only rely on locally generated revenues—sometimes denominated in local currency—from the project to reimburse their loans.

In practice, the New FX Regulation turns the BEAC's policies regarding granting authorizations into one of the key parameters in gauging the bankability of an international project finance transaction.

Opening an onshore foreign currency bank account is now also subject to the prior authorization of the BEAC (under the former foreign exchange regulation, this authorization was granted by the Ministry of Finance of the relevant country).

The authorization is granted at the BEAC's discretion, upon request by applicants, and must be renewed every two years. In the absence or at the expiration of such authorization, the account must be closed, and the funds credited in the account will probably be transferred to the BEAC in exchange for Central African CFA francs (XAF).

The New FX Regulation requires exporting companies to repatriate their export proceeds within 150 days from the export date. Intermediation fees and other transaction-related fees may be deducted from the amount to be repatriated, up to a maximum of 10 percent of the total export proceeds for each repatriation.

From a foreign investor's point of view, the New FX Regulation's provisions appear stringent and cumbersome. Under this new paradigm, whether project financings will proceed smoothly and successfully will largely depend on how much pragmatism the BEAC is ready to demonstrate.

The Eco monetary union is intended to be implemented gradually, starting in 2020, to allow countries to achieve compliance with several convergence criteria, including limits on budget deficits, inflation and debt-to-gross domestic product ratios.

For the WAEMU countries, introducing the Eco also means the end of the CFA franc (XOF), which has become increasingly controversial in recent decades. Among the criticisms levied is that the CFA franc is an outdated remnant of the French colonial influence. In practice, this change implies the modification of several CFA franc-linked financial arrangements that WAEMU countries have in place with France.

Pursuant to the 1973 Cooperation Agreement and a 1973 operation account agreement between the WAEMU countries and France (subsequently amended in 2005 and 2014), the Central Bank of West African States (CBWAS) had to deposit 50 percent of its foreign exchange reserves into an account opened with the French Treasury (Trésor Français). In return, France ensured free convertibility of CFA francs (XOF) into French francs and later euros. This allowed CBWAS to benefit from unlimited advances by the French Treasury, provided that CBWAS complied with certain ratio requirements.

Following the signing of the 2019 Cooperation Reform Agreement, this account will be closed, and the funds will be repatriated to the CBWAS, which will be entitled to invest the foreign exchange reserves as it sees fit.

France will remain the guarantor of the Eco in the WAEMU countries, but free convertibility will instead be guaranteed through a credit line granted by France. The countries will also maintain a fixed rate of exchange between the Eco and the euro (EUR 1 = Eco 655.96).

France currently has representatives appointed to the CBWAS Board of Directors, the CBWAS Banking Commission and the CBWAS Monetary Policy Committee, in accordance with the provisions of the 1973 Cooperation Agreement, the CBWAS statutes and the WAEMU Banking Commission Agreement. According to different official French statements and the 2019 Cooperation Reform Agreement, after the reform, France may retain the right to appoint an independent member to the CBWAS Monetary Policy Committee in order to monitor reserves held by the CBWAS. A representative would be reintroduced if the reserves level falls below a certain threshold. However, as a general rule, France will no longer have representatives in the other governance bodies.

In May 2020, the French Council of Ministers (Conseil des Ministres) adopted a bill authorizing the approval of the 2019 Cooperation Reform Agreement. Next, the bill must be submitted to a vote by the French Parliament, then promulgated by the French President of the Republic before it enters into force. The 2019 Cooperation Reform Agreement has the merit of ending the CFA franc currency, while ensuring a smooth transition to the Eco.

However, with seven other countries that are not members of the WAEMU (Nigeria, Ghana, Gambia, Liberia, Guinea, Cape Verde and Sierra Leone) expected to join this monetary union, the 2019 Cooperation Reform Agreement can only be considered a temporary solution.

It remains unclear whether free convertibility and fixed parity—which are major variables in the context of international project finance transactions—will be maintained after the other ECOWAS members accede to the Eco monetary union. 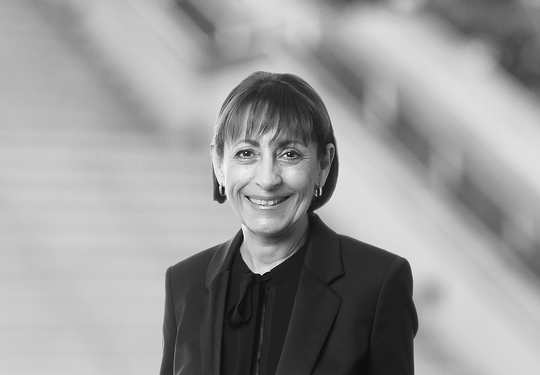 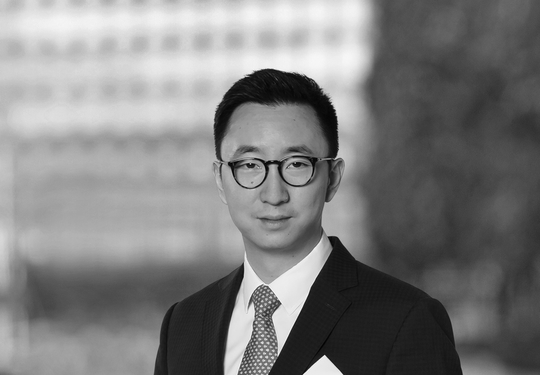