Merger filings were unconditionally approved by the SAO in 2019

Although deal flow has certainly been affected by the COVID-19 situation, resulting in the notification of a significantly lower number of transactions in 2020 and 2021 so far, this has not had a major impact on the merger clearance process or its timing.

From the substantive point of view, as in previous years, the AMO continues to be particularly diligent in its review of mergers in markets with a possible impact on consumers, such as retail and healthcare. To a certain extent, this corresponds with the enforcement priorities of the AMO published in April 2020, which included healthcare, e-commerce, the sale of motor vehicles and information systems.

The AMO also increased its focus on the review of aspects related to the ownership of data, including client databases and the competitive advantage that may accrue from gaining access to or the merging of significant data pools.

Apart from the above, the AMO continues to pursue gun-jumping cases even in less obvious contexts, such as the acquisition of minority non-controlling stakes as part of single transactions involving the subsequent acquisition of control. Gun-jumping also continues to be among the published enforcement priorities of the AMO.

The focus on gun-jumping is associated with another notable trend that sees the AMO increasingly scrutinizing the ownership background of parties to a transaction. This can happen when a transaction is repeated in a modified party set-up after the previous deal was blocked or about to be blocked. The AMO is also ready to act ex officio based on information published in the media and to obtain information from other public authorities, which may be important for its assessment of the case.

In addition, a revamp of the Slovak merger control regime has been approved and becomes effective on 1 June 2021. Among other goals, the AMO, as the main author of the new legislation, has introduced an abolition of the notification obligation regarding the establishment of foreign-to-foreign joint ventures not involving contribution of assets with activities in Slovakia and commencement of clearance periods only on the date on which the AMO deems the filing complete.

Careful preparation and an upfront assessment of effects is required for mergers in sectors with significant impact on consumers, or where a party holds extensive data involving more substantial overlaps. This includes an analysis of narrow local markets, which the AMO is likely to review. It may also be useful to consider the preparation of solid economic evidence to support the case.

The timing of reviews is generally predictable, following prescribed statutory deadlines once the AMO is satisfied with the completeness of the filing and has obtained sufficient understanding of the transaction and its impact through the pre-notification process.

Case handlers are generally cooperative, yet in complex, borderline cases it may still be difficult to predict the outcome, especially if the parties are not prepared to readily offer structural remedies. The AMO has traditionally been very reluctant to accept behavioral remedies.

Generally, in more complex cases, it is advisable to start the pre-notification as soon as possible, subject to a sufficient level of analysis and strategy preparation. Furthermore, if market research is anticipated, it may be worth trying to agree with the AMO to conduct the research, at least partially, in the pre-notification phase.

Given the increased focus of the AMO, as well as other competition authorities, on gun-jumping, substantial attention must be paid to the structuring of the transaction, including the formulation of pre-completion or interim covenants to prevent the emergence of control before obtaining merger clearance.

The AMO has increased its focus on the competition implications of merging or acquiring significant data sets including consumer databases. It dealt with them in a more or less comprehensive manner in multiple merger cases in 2019 and 2020 spanning diverse sectors.

Since gun-jumping remains a priority, the AMO has also confirmed that it is ready to pursue such cases in less obvious contexts, such as the acquisition of minority noncontrolling stakes as part of de facto single transactions involving the subsequent acquisition of control.

In general, self-instigated third-party interventions and challenges are very rare in Slovakia. More often, competitors voice their concerns over a particular case during market research, which is routinely conducted by the AMO, even in less problematic cases. Prohibition decisions and even conditional clearances are also relatively rare in Slovakia and in fact, no such decisions were issued in 2019, in 2020 or so far in 2021.

However, in an attempted acquisition of alternative postal operator Cromwell by Tatra Billing, PMK Invest and Copy General International, a prohibition decision was imminent before the parties withdrew the filing.

Although the details of the reasons that led to the finding of a threat of significant impediment to competition were not included in the termination decision, it appears that the merger raised horizontal concerns primarily on the printing and mailing markets, on which both Tatra Billing and Cromwell were active. Furthermore, apparently the parties were not ready to offer remedies and decided to withdraw the filing.

In any event, PMK Invest (together with Media IN) later applied for a clearance of the transaction without the participation of Tatra Billing, and this modified deal was cleared without remedies. Nevertheless, according to the decision, the AMO also scrutinized the buyers' ownership background to ensure that they were not connected to Tatra Billing.

Meanwhile, in the precedent-setting decision concerning Grafobal Group Development's acquisition of a 49 percent stake in a subsidiary of water utility company BVS, the AMO presented its view regarding the context in which the preparatory steps leading to a concentration may already constitute a premature implementation of a merger in breach of gun-jumping rules. This is of significant importance for both transactional and competition lawyers, who will need to take this into account when structuring transactions.

In brief, in the AMO's view, even the sole step of acquiring a minority, non-controlling stake preceding the subsequent full acquisition of control—for example, based on the fulfillment of precedent conditions may constitute a notifiable transaction if it can be proven that this step has a common economic aim of a subsequent acquisition of control, and therefore forms a single transaction.

However, a significant revamp of the Slovak merger control regime has been approved and becomes effective on 1 June 2021.

As indicated above, a revamp of the Slovak merger control rules has been approved in its final form and becomes effective on 1 June 2021 (further as the "New Competition Act"), which replaces the previous Act on the Protection of Competition, having been prepared in connection with the implementation of the European ECN+ directive (Directive (EU) 2019/1) aimed at making national competition authorities more effective enforcers.

Originally, the text of the draft suggested the introduction of far reaching changes (including a new notification threshold for catching off-radar transactions). However, some of those changes were dropped and only a few limited changes were kept. In this respect, the draft bill originally included a new notification threshold to cover off-radar transactions that could have had a significant impact on competition in Slovak markets, but this was removed due to numerous objections in the interdepartmental review. However, the AMO stated that it may introduce a somewhat similar amendment in the future.

Nevertheless, the New Competition Act includes the abolition of the notification obligation regarding the establishment of foreign-to-foreign joint ventures without activities in Slovakia.

The New Competition Act further introduces a mechanism subjecting a concentration that would not have met the notification thresholds due to a decrease in revenues in the relevant accounting period caused by COVID-19 to merger clearance, provided that the thresholds would have been met for an accounting period preceding the accounting period affected by the pandemic.

Furthermore, the review periods will begin only on the date on which the AMO deems the filing complete.

Apart from the merger control-related amendments, the New Competition Act also covers other major changes with respect to the liability regime, including the introduction of the concept of joint and several administrative liability for payment of the fine for the members of the undertaking's group subject to proceedings, and the possibility to impose sanctions on an undertaking-wide basis (in particular, in the merger control context).

Outside of the framework of the contemplated legislative changes, the predictability of the outcome of a review in more complex cases could be increased.

In particular, if there are any substantial concerns that may jeopardize a transaction's approval, such concerns should be clearly voiced and substantiated at the latest in the notification prepared by the AMO for the commencement of Phase II. Sometimes these notifications are too vague to allow parties to adequately predict the developments in the case and reconsider further approaches before the end of the proceeding.

Furthermore, the introduction of a fast-track dispute resolution procedure, at least with respect to procedural or less important substantive matters, would be much appreciated from a procedural efficiency point of view. This could be comparable to the role of a hearing officer in proceedings conducted by the European Commission.

Without such a fast-track procedure, notifying parties do not have an effective and timely way to address actions affecting their rights in the course of the clearance process when such protection is needed, taking into account the generally very challenging clearance deadlines imposed under transaction documentation. 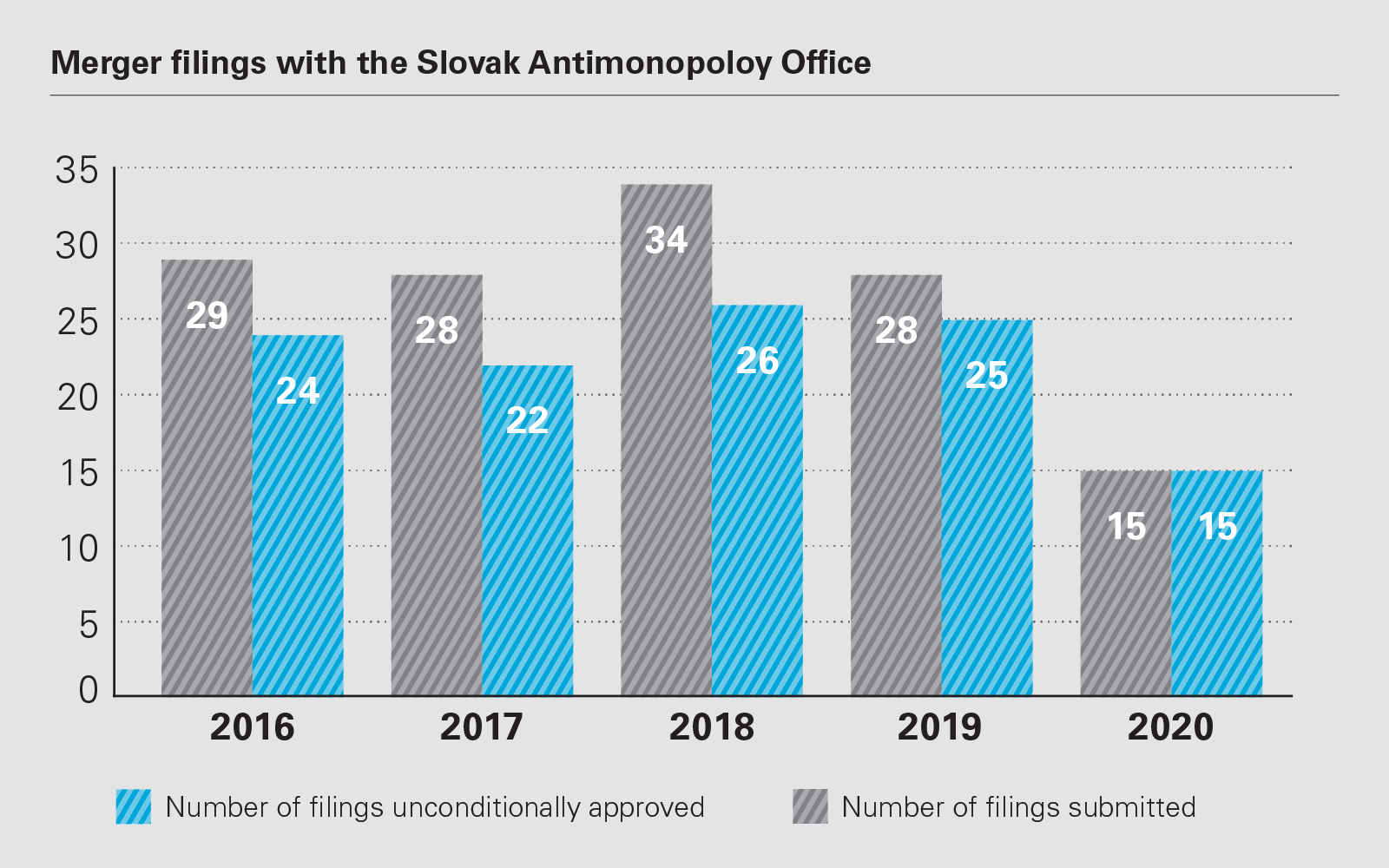 THE INSIDE TRACK QUESTIONS

Engage an experienced counsel who routinely handles and manages multijurisdictional mergers to prepare a solid multijurisdictional analysis to identify the affected jurisdictions and to define a commercial risk-based filing strategy. Give handling of the filing to a single managing counsel to ensure consistency and a uniform approach in the relevant jurisdictions.

The involvement of an experienced merger control adviser from the very beginning of the transaction certainly makes a difference. Moreover, crucial aspects also include a thorough preparation, including a review of approaches to similar cases in other jurisdictions, and prior consultation with economists specializing in competition law if the notification relates to a more complex case.

Counsel should also establish a good and proactive working relationship with the case team, devote time to describe the markets and the parties' activities in them—especially if the AMO does not know the relevant markets well—and be ready to push back on potentially unnecessary requests for information.

Although not entirely surprising, the gun-jumping decision in the Grafobal Group case showed that the AMO is up-to-speed with current merger control trends and serious about gun-jumping issues despite their novel contexts.

Martin Melicher (White & Case, Associate, Bratislava) contributed to the development of this publication. 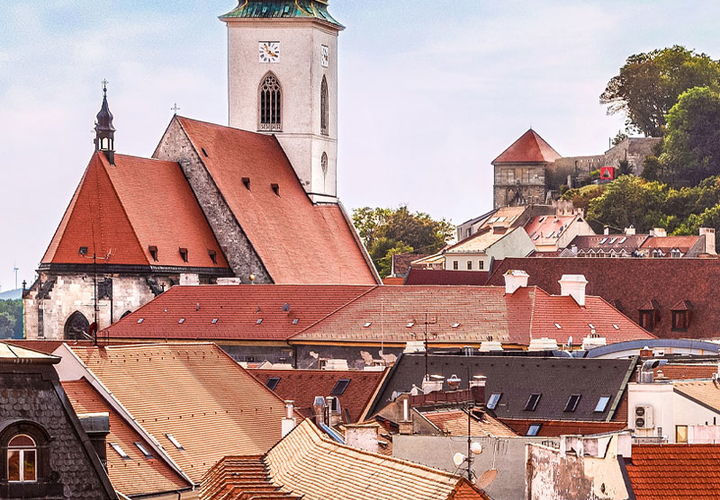