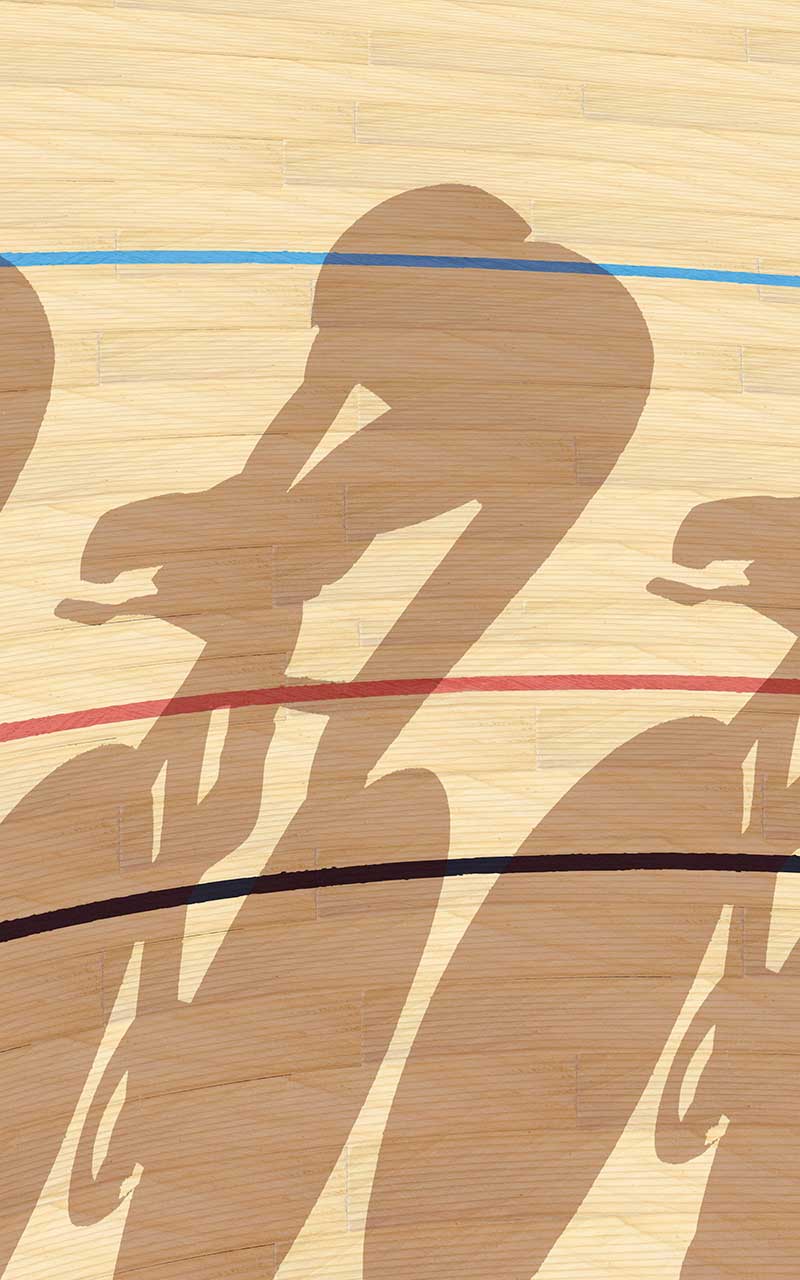 White & Case has one of the most globally recognized track records in antitrust law⁠—having handled many precedent-setting, industry-transforming competition matters of recent times.

One of the few antitrust teams situated across five continents with more than 315 lawyers in 28 offices and 19 countries, we bring an innovative and unified solution to the full range of competition issues in virtually all jurisdictions, focusing on merger clearance, cartel investigations, monopolization, class action defense, pharmaceutical antitrust litigation, state aid awards, foreign direct investment and compliance.

Clients choose us for:

Fact-intensive, bold and creative strategies are the core of our approach. We have a reputation for helping clients realize their business goals through:

We know how important it is to truly understand our clients' needs and how they operate. That's why we have spent years developing our expertise in numerous and varied industries so that we are familiar with our clients' company cultures and can effectively communicate and work as a unified team. Our signature strengths include pharmaceuticals & healthcare, technology, financial institutions, energy and private equity.

Our team includes some of the most highly regarded lawyers in the field, including former senior officials from the US Department of Justice (DOJ), the US Federal Trade Commission (FTC), the European Commission's Directorate-General for Competition and the Japan Fair Trade Commission (JFTC).

View more information on Due process

South America and Asia-Pacific: Overview of antitrust and merger regimes

Click here to view our Interactive guides to competition law enforcement and merger control activity in the Southeast Asia and Pacific region.

In the Middle East, we are the only firm to offer the strategic depth of a global practice combined with the local expertise of our lawyers throughout the region to deliver effective solutions and create innovative precedents. Click here to learn more about our Middle East capabilities.

View all lawyers in Antitrust/Competition

"The global Antitrust team at White & Case is second to none. They are a true one-stop shop, where the firm's offices work as one team trying to solve their clients' business needs."
The Legal 500 US 2021

"It has wide experience, deep bench strength and is able to expertly navigate the hurdles that foreign jurisdictions provide. Its ability to cover a vast geography ensures its clients receive Rolls-Royce service internationally."
Chambers USA 2021

"If you want fighters, White & Case is the firm to go to."
Global Competition Review 2019

Largest petrochemical merger in world history
Saudi Aramco, the world's largest oil producer, in its successful US$70 billion acquisition of SABIC. White & Case secured unconditional merger approvals for the deal in 25 jurisdictions, including the EU, China, India and Brazil.

First 4-to-3 mobile phone merger in Europe to be unconditionally approved
Deutsche Telekom on its merger in the Dutch mobile telecoms sector between Tele2Netherlands (Tele2 NL) and T-Mobile Netherlands, approved unconditionally after a Phase II investigation by the European Commission.

Leading case for the proposition that non-trivial number of uninjured class members bars class certification
Won reversal of class certification by the US Court of Appeals for the First Circuit in an antitrust monopolization case where plaintiffs challenged the development of a new phthalate-free version of its ulcerative colitis drug, Asacol®. The case turned on the inability of class action plaintiffs to discern which members of a class action were uninjured. The landmark ruling, premised on the Seventh Amendment, precludes the previously widespread use of post-trial affidavits in class actions as a substitute for fact-finding by juries. The Asacol ruling is widely cited as the gold standard on class certification and has broad implications far beyond its antitrust context.

Largest antitrust class action jury trial of 2013
Trial counsel to Toshiba in its complete victory in a 2013 US civil jury trial concerning price-fixing allegations in the liquid crystal display (LCD) market (N.D. Cal.). At trial, Toshiba faced price-fixing claims totaling US$2.3 billion brought by a large retailer plaintiff that previously had opted out of class proceedings against Toshiba and other LCD manufacturers. Following a six-week jury trial, the San Francisco jury unanimously returned a defense verdict for Toshiba in September 2013, finding that Toshiba did not participate in an LCD price-fixing conspiracy and therefore did not cause any damages to the plaintiff.

First Article 102 decision overturned since the 1970s
Servier, a French pharmaceutical company, in its challenge of a European Commission decision on patent settlement agreements in pharmaceutical markets. The EU General Court partially annulled the decision, notably overturning all findings of abuse of dominance under Article 102 TFEU, the first time that a Commission decision on this issue has been fully overturned since the 1970s, and reducing the fine by more than €100 million.

Rare excessive pricing case in the UK
Co-counsel in Pfizer's appeal of the UK Competition and Markets Authority's decision on excessive pricing before the UK Competition Appeal Tribunal. The UK CAT annulled the Decision on June 7, 2018 and reverted the case back to the CMA, which appealed to the Court of Appeal, which upheld the CAT's quashing of the CMA decision in March 2020.

Protecting constitutional rights in government amnesty agreements and first US federal court dismissal of a criminal cartel indictment
When the US Department of Justice Antitrust Division abruptly and unilaterally terminated an amnesty agreement with Stolt-Nielsen S.A. (the world's largest chemical tanker operator), White & Case defended Stolt against the resulting criminal antitrust indictment by bringing the fight back to the government. Arguing that the government violated Stolt's due process rights, White & Case convinced a federal court to dismiss the indictment in this landmark case, setting the precedent for defendants' rights in criminal amnesty agreements.

Protecting due process in dawn raids
On behalf of Nexans—and in an unprecedented move, never before attempted—White & Case challenged the European Commission's 2009 dawn raid on Nexans as a violation of Nexan's fundamental rights. Siding with White & Case, the General Court partially annulled the Commission's dawn raid decision—making history.

Protecting the right to confrontation in class actions
The First Circuit's groundbreaking ruling for Allergan/Warner Chilcott in the Asacol Antitrust Litigation advanced the protection of a defendant's constitutional rights in class actions, and has been relied on as precedent in the First Circuit and beyond to reject class certification where those rights are at stake.

A number of Romanian investors who succeeded in obtaining an award of damages of €82 million against Romania for a breach of a Bilateral Investment Treaty, but faced a European Commission decision that the payment of such damages constitutes illegal state aid that must be repaid. The EU General Court annulled the decision in full in June 2019.

Electricité de France (EDF) in a case before the European Courts relating to the Commission's preliminary assessment that investments made by EDF prior to market liberalization in Poland and its accession to the EU constituted illegal state aid.

Advising the European operations of a world-leading manufacturer of material handling equipment in relation to the distribution of its products via sales subsidiaries and independent distributors.

Major bottling company in developing a compliance program including carrying out mock dawn raids and follow-up antitrust due diligence. 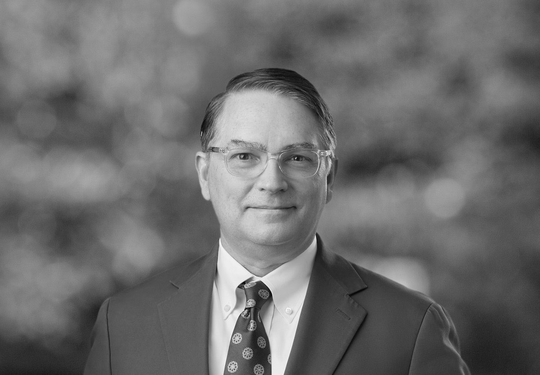 Antitrust scrutiny intensifies as DOJ and FTC step up enforcement
FTC Announces New Filing Fees Up to $2.25 Million and Annual Changes to US HSR Thresholds (2023)
EU Court of Justice confirms that the Intel effects-based approach applies to exclusive dealing and clarifies the narrow circumstances under which the conduct of distributors can engage the liability of a dominant company
White & Case Global Antitrust Merger StatPak
EU Court of Justice clarifies the scope of the essential facilities doctrine in Lithuanian Railways
New Year, New Venue Law: Newly Passed Law Means State Attorneys General Can Avoid Having Their Antitrust Cases Consolidated in Multidistrict Litigation
Four Takeaways From The FTC’s Unprecedented Crackdown On Noncompete Agreements
The Draft DMA Implementing Regulation – Balancing effectiveness with due process?
view all