Past and current investor-state disputes relating to the energy transition may provide valuable lessons for what lies ahead.

The global energy sector is transitioning from fossil fuels to increased use of renewable energy. This transition, driven partly by the Paris Agreement's goal to limit the global average temperature increase to 1.5°C above pre-industrial levels, entails risks and rewards for governments as well as investors.

On the one hand, the energy transition involves tremendous private investment. An estimated US$131 trillion will be needed by 2050 to limit the global temperature increase to 1.5ºC by the end of the century. Much of that investment will be cross-border.2 On the other hand, existing investments in the energy production and transmission sector, particularly carbon-intensive energy, face uncertainty as countries pass laws and regulations to facilitate the energy transition, including by phasing out fossil fuels.

Governments thus face potentially competing objectives: moving the energy transition forward and implementing the Nationally Determined Contributions (or NDCs) they have made under the Paris Agreement, while also respecting the rights of companies and investors that own assets impacted by the transition. The tension between these objectives has produced a host of investor-state disputes in recent years.

Energy transition disputes can arise from government measures to reduce or phase out fossil fuel production. In France, for instance, a bill proposed in 2017 contemplated prohibiting new exploration permits for fossil fuels and the extension of existing concessions. The Conseil d'État, France's highest administrative court and advisory body, considered whether the bill undermined the rights of concession holders under the French Constitution. Canadian company Vermilion argued that the bill was also contrary to France's obligations under the Energy Charter Treaty (ECT), including its obligation to protect investors' legitimate expectations as to the stability of the legal and commercial environment in which their investments were made. The Conseil d'État concluded that the legislation's objective—to end fossil fuel exploitation—was compatible with the French Constitution and France's obligations under European law (it did not comment on obligations under the ECT). But the Conseil proposed amendments, as the bill risked undermining the rights of concession holders by prohibiting extensions of existing concessions. The government heeded the Conseil's opinion: The law adopted in December 2017 allows the extension of concessions until 2040, as well as longer extensions if a concession holder can show that it will not have recovered its exploration and exploitation costs by 2040.3

Energy transition disputes have also arisen from legislation phasing out fossil fuels in electricity production, such as in the Netherlands, where German companies RWE and Uniper have contested a law phasing out coal power by 2030. In 2021, RWE brought the first-ever investment treaty arbitration against the Netherlands, under the ECT.4 Uniper, which opened a new coal plant in the Netherlands in 2016, also announced that it would seek compensation for the phase-out, both in domestic courts and before an arbitral tribunal under the ECT. Both RWE and Uniper assert that the phase-out law constitutes an expropriation of their investments.5 Uniper also argues that it had legitimate expectations in the stability of the Dutch legal framework based on national energy policies that purportedly stressed the importance of coal power plants at the time of Uniper's investment, before the Paris Agreement was concluded. The Dutch government has responded that investors could not legitimately expect that the Netherlands would refrain from taking measures aimed at reducing carbon emissions.6

A similar dispute unfolded in North America concerning the decision of Alberta Province, Canada, to phase out coal-generated electricity by 2030. US investor Westmoreland Mining Holdings (WMH) acquired coal mines in Alberta in or around 2013, when Canada's federal regulatory scheme contemplated a 50-year lifespan for coal-fired plants. After provincial elections in 2015, Alberta's incoming government adopted new climate change policies that included phasing out coal-generated electricity. In 2019, WMH commenced arbitration proceedings against Canada under the North American Free Trade Agreement (as it was then in force), claiming that the phase-out shortened the lifespan of its investment in violation of its legitimate expectations, and that Canada unfairly discriminated against WMH because Alberta agreed to compensate three Canadian companies, but not WMH.

Canada defended its phase-out in part by arguing that WMH could not have expected that the federal regulations regarding coal-powered energy would provide a "predictable future," as an informed investor would have known that the state was contemplating further emissions regulations.7 In January 2022, an arbitral tribunal dismissed WMH's claims for lack of jurisdiction, without ruling on the substance of the claims.8 Leaving aside this jurisdictional issue, the WMH dispute illustrates the increasing number of investor-state disputes in connection with regulatory measures designed to facilitate the energy transition. 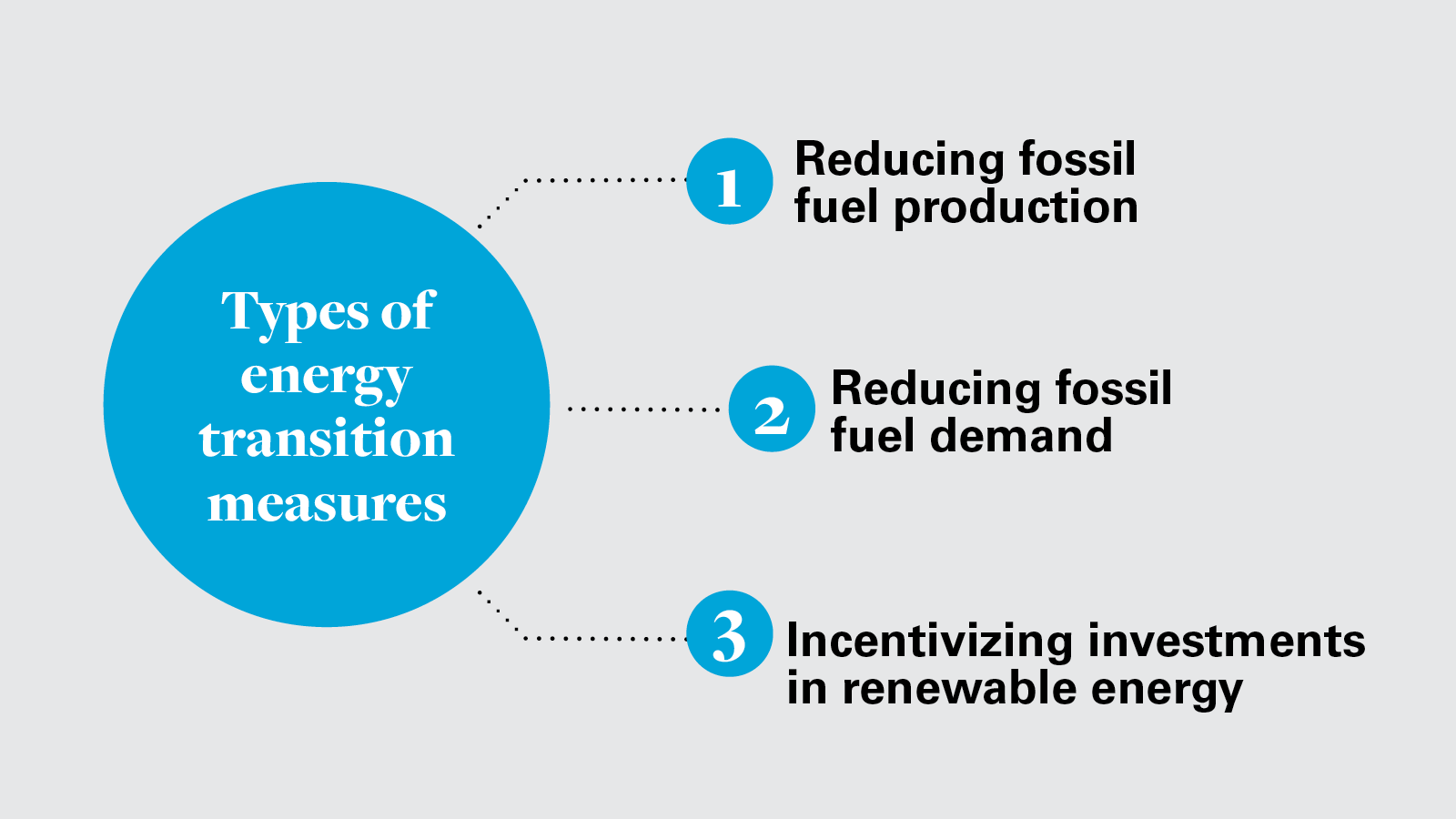 Governments are facilitating the energy transition by reducing demand for fossil fuels. The EU, for instance, has proposed emissions standards that will effectively ban new fossil fuel-powered cars by 2035. The EU's "Fit for 55" plan—cutting greenhouse gases by 55 percent by 2030, compared to 1990 levels—also calls for a carbon tax on cement and steel importers. China recently indicated it will adopt measures to reduce coal consumption.

Similar measures, aimed at reducing demand for products in the interest of public health, have given rise to disputes in other industries, such as Philip Morris' challenge of Uruguayan tobacco regulations. The regulations were designed to raise awareness of the health risks associated with cigarettes and, ultimately, reduce tobacco consumption. Philip Morris brought claims under Uruguay's investment treaty with Switzerland, arguing that the tobacco regulations violated various investment protections in that treaty.9 Uruguay defended the regulations, in part, by invoking the protection of public health.

An arbitral tribunal dismissed Philip Morris' investment treaty claims. The tribunal concluded that the regulations were a good faith exercise of Uruguay's right to take measures in the public interest; they were promulgated for valid public health reasons and, therefore, not arbitrary. The tribunal's majority held that "investment tribunals should pay great deference to governmental judgments of national needs in matters such as the protection of public health," and that "[i]n such cases respect is due to the discretionary exercise of sovereign power, not made irrationally and not exercised in bad faith . . . involving many complex factors."10

At the same time, the tribunal held that the impact of state measures on investors must be proportionate to the policy objectives pursued, and that Uruguay's tobacco regulations were in fact proportionate. According to the tribunal, cigarette manufacturers should expect "progressively more stringent [tobacco] regulation," given the "widely accepted articulations of international concern for . . . tobacco [use]."11

The Philip Morris case reflects the balancing exercise that arbitral tribunals tend to undertake when assessing whether a state's right to regulate in the public interest may violate investor protections under international treaties or contracts between investors and states. The outcome of this balancing exercise will depend on the facts of each case, including, for instance, any legitimate expectations that the state may have created on the investor's part as to the stability of the legal regime governing the investment.

Another tool that governments have to facilitate the energy transition is to incentivize investments in renewables. A common incentive regime adopted across the EU and elsewhere is feed-in-tariffs, or preferential prices that renewable electricity generators receive for the electricity they supply to the grid. Such incentive regimes have given rise to a host of investment arbitrations over the past decade.

Investors have brought some 50 investment treaty arbitrations against Spain alone, claiming billions of euros in compensation for changes to the country's incentive regime for renewables. Spain adopted a feed-in-tariff regime for renewables in 2007 and began rolling back some of the incentives of the regime three years later, in 2010; for instance, by capping the amount of electricity that could benefit from the feed-in-tariff. The government subsequently adopted further changes to its incentive regime, including the ability to review and adjust incentives periodically.

The arbitral tribunals hearing claims against Spain—all of them under the ECT—have acknowledged the rights of states to change laws and regulations, while at the same time highlighting limits to that power where such changes harm foreign investors. A recurring question for these tribunals has been whether the Spanish government gave specific commitments to investors, creating so-called legitimate expectations on the investors' part that would be protected under the ECT's "fair and equitable treatment" standard. In particular, tribunals have considered whether the legislation and regulation underlying Spain's renewables framework could give rise to such legitimate expectations. Tribunals have given diverging answers to this question, depending on their reading of the relevant Spanish laws and regulations, and the facts of each case.

Some tribunals have held that general legislative or regulatory provisions could not give rise to legitimate expectations as to the stability of the Spanish renewables framework. Rather, such expectations would have to emanate from specific undertakings made directly to investors by the state.12 Other tribunals have concluded that investors could derive legitimate expectations from certain legislative or regulatory provisions in Spain's renewables framework. These tribunals tended to highlight that Spain introduced its renewables regime to induce investment, including foreign investment.13 The tribunal in Cavalum, for instance, found that investors' right to earn a "reasonable rate of return" was "the cornerstone of the [Spanish] incentive regime" for solar energy, giving rise to legitimate expectations on the part of investors.14 Several other cases against Spain similarly revolved around the question whether changes to the country's renewables regime allowed investors to continue earning a reasonable rate of return.15

Spain's experience is not unique. Similar investment arbitrations have been brought or announced in response to changes to incentive regimes for renewable energy in other countries, including Italy, the Czech Republic and Ukraine. Hong Kong-based investors initiated the first-ever investment arbitration against Japan in early 2021, challenging modifications to a feed-in-tariff program introduced in 2012, including scale-backs of tariff rates. The changing operating environment reportedly prompted more than 250 solar companies to file for bankruptcy since 2018.16 Against this backdrop, the first case against Japan may foreshadow more to come.

The energy transition has given rise to a host of disputes, and many more are on the horizon. Measures that facilitate the transition—and risk creating disputes—are manifold, including laws and regulations aimed at restricting fossil fuel exploitation, reducing fossil fuel demand, phasing out fossil fuels, and incentivizing investments in renewable energy. These disputes can arise under national law, international investment treaties, and investor-state contracts. Courts and arbitral tribunals have recognized that while states enjoy regulatory powers to shape the energy transition, certain rights of investors must be respected—a balancing exercise that requires considering the circumstances of each case. As the energy transition accelerates, states and investors would be well-advised to contemplate this balance in assessing potential disputes. White & Case has extensive expertise in assisting clients in this process, including by analyzing rights and obligations under investment treaties, developing strategies to avoid disputes, preserving and enhancing claims and defenses, advising on amicable dispute resolution, and if necessary pursuing claims or defending them in international arbitration.