As part of our periodic updates, here is an overview of recent developments of relevance to participants in the real estate finance market across certain key jurisdictions in Europe.

The Finance Bill for 2018 has enacted a significant change with respect to wealth taxation in France. The Wealth Tax ("ISF") has been replaced by a new wealth tax assessed exclusively on real estate – the "IFI" (Impôt sur laFortune Immobilière). Non-resident individuals will be liable for IFI only on real estate owned directly or indirectly in France, whether the property is held through a company or a real estate company. This will particularly affect individuals who manage their estate through trusts investing in companies holding French real estate, although certain exceptions do apply. For more information on this, as well as other changes introduced by the Bill affecting real estate transactions, particularly in the case of high net worth individuals, see here.

Please see below in the Luxembourg section for further information.

In June, significant amendments were agreed to Germany’s real estate transfer tax (RETT) provisions with the aim of reducing tax avoidance measures, such as the "RETT blocker structures". These changes include reducing the ownership interest threshold for RETT (from 95% to 90%), extending the holding period during which the RETT payment is triggered (from 5 to 10 years) and expanding the taxable events relating to partnerships to also now apply to companies. Although the changes will still have significant implications on German real estate transactions, they are not as sizeable as earlier indications had suggested (where thresholds as low as 50% had been suggested). However, the 10-year holding period in particular is expected to cause issues for commercial real estate transactions, as it is uncommon for real estate assets to be held for such lengthy periods, especially for commercial activities where complex tax structures exist.

In June, draft legislation was proposed which seeks to levy a new capital gains tax on the sale of shares by a foreign shareholder of the shares it owns in a foreign company, which primarily holds real estate in Germany. Under current legislation, non-resident companies are only subject to German taxation if the company sold has its registered seat or place of effective management in Germany; and only then if at any point in time during the 365 days preceding the sale, it derived more than 50% of its value (directly or indirectly) from German real estate. The new proposals extend the taxation charge to the foreign entities.

Ordinarily, one would expect profit from the sale of shares to be taxable in the jurisdiction in which the shareholder resides, and therefore, the new legislation, if passed, will therefore have a significant impact on non-resident taxpayers wishing to sell shares in foreign property companies. Certain exemptions are expected to apply, but notwithstanding this, all shareholders of foreign real estate companies will be obliged to file tax returns in Germany creating an administrative burden even if no financial one.

In June, the German Federal Court of Justice (FCJ) held that a pre-formulated interest cap clause in variable-interest loans with consumers is invalid. Given that the case was not limited to consumer law (i.e., the basis of the decision was not consumer law), it is expected that the decision, by analogy, will also be extended to contracts between entrepreneurs – as is the case, with the FCJ decision on handling fees that was taken in July 2017.

To provide further detail, in this case, a bank charged an interest cap premium (otherwise known as an interest hedging fee) to ensure that interest could not rise above a certain agreed level. This fee was due once the contract was concluded; however, no corresponding refund (on a pro forma basis) was offered in the event of an early prepayment of the loan. The FCJ found that such fees were invalid as they constitute part of the interest payment but without being repayable pro rata on early terminations.

Interest caps are common features of real estate finance transactions and therefore participants should be aware of this issue when dealing with German counterparts. For more information on this, see here.

Earlier this year, France and Luxembourg agreed on a new bilateral tax treaty, which, if ratified, will widen the definitions of permanent establishment in respect of dependent agents, will widen the definition of resident as any person that is subject to tax in France or Luxembourg (in effect increasing the rate of tax for distribution made by French REITs to 30%), and will widen the definition of dividends to capture any payments qualified as deemed dividends to be subject to withholding tax. Potentially of most relevance to real estate transactions, capital gains made by a Luxembourg resident will be taxable in France if at any time in the year prior to the disposal the shares derived more than 50% of their value directly or indirectly from immovable property situated in France. The treaty could enter into force as early as 1 January 2019. For more information, see here.

Earlier this year, amendments were made to the Luxembourg Civil Code to modernise the rules applicable to commercial leases (i.e., leases of premises for commercial, industrial or craft activities). The amendments were aimed at creating a level playing field between landlords and tenants (by mainly granting additional rights to commercial tenants). The Luxembourg Civil Code now provides that:

On 7 November 2018, the Spanish Government announced that (on 8 November 2018) it will approve a royal decree law by means of which lenders will be liable for the payment of stamp duty if a mortgage is created, not borrowers. The new legislation shall be effective once published in the Spanish Official Gazette and will not apply retroactively. In Spain, stamp duty is a regional tax varying in range from 0.75% to 1.5% based on the maximum secured amount under the mortgage.

Considering the economic and social impact caused by these three rulings, on 16 October 2018, the Chairman of the Third Chamber of the Supreme Court decided (a) to halt any further decisions to be heard on similar matters; and (b) to reconsider whether to give effect to the change in case law effected by these three rulings. On 6 November 2018, the Plenary Session of the Third Chamber of the Supreme Court agreed by 15 votes to 13 to reinstate the previous position (notably that borrowers should be liable for the payment of stamp duty if a mortgage were to be created, not lenders), with the text of the rulings to be published shortly after this date. The initial three rulings from 16 October 2018 are not affected by this restatement of the original case law and remain effective; however, they are not to be used as precedents for other similar cases that follow. Subsequent to this, legislation has been announced (as noted above). 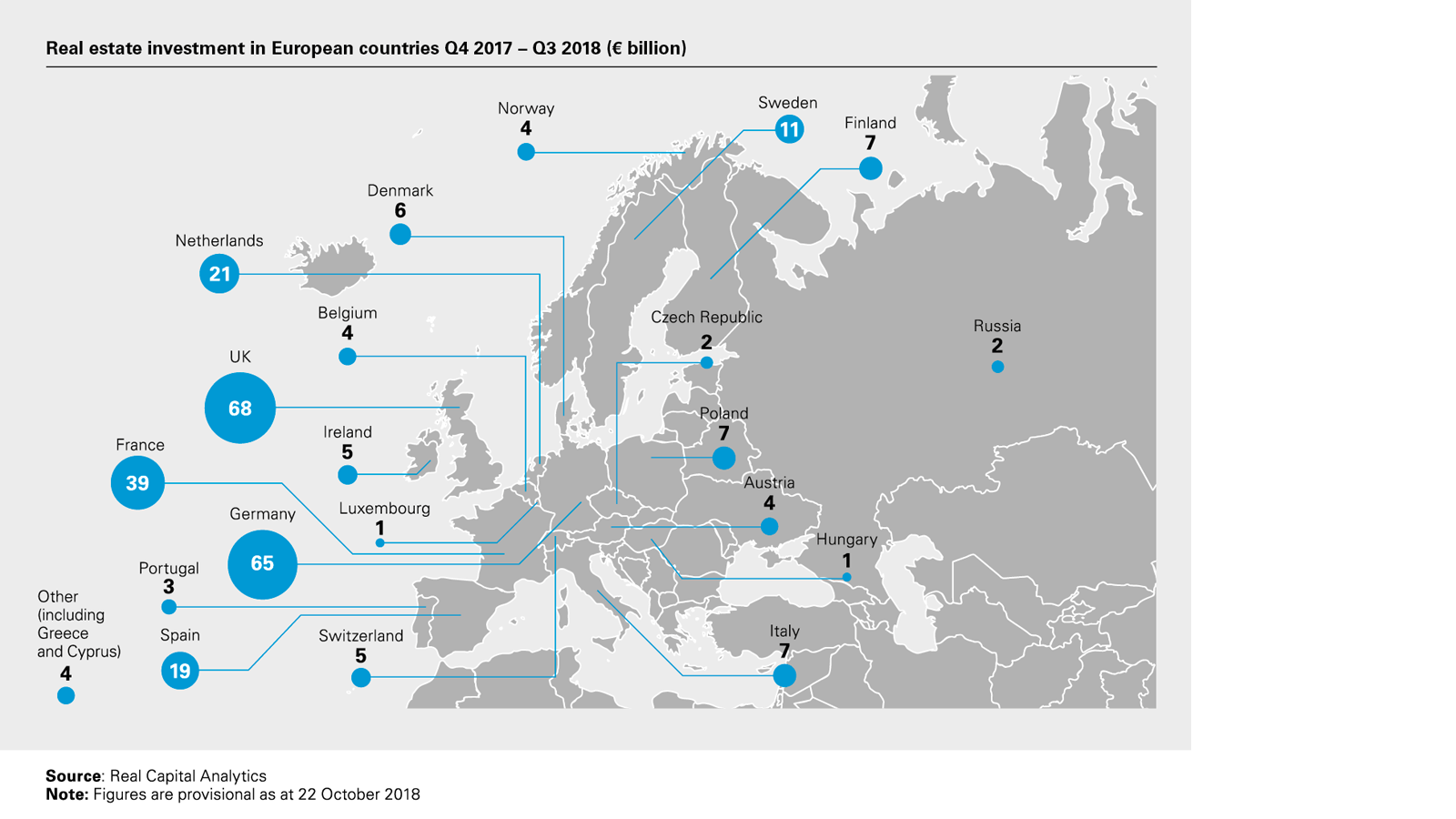 In July, the UK Government published draft legislation through which it intends to make significant changes to the capital gains taxation consequences for the disposal of UK real estate held by non-residents. Following consultation on its proposals, the legislation is intended to take effect from April 2019 and is likely to affect a number of structures currently used as part of real estate financing transactions and seeks to create a level playing field between residents and non-residents.

The effect of the changes means that both residential and commercial properties will be subject to capital gains tax (whereas previously only the sale of residential property would have attracted the charge) sold by a non-resident. It also seeks to apply to both direct (i.e., a non-resident disposing of the property itself), as well as indirect disposals, whereby the non-resident disposes of an interest in an entity which directly or indirectly derives at least 75% of its value from UK property at the time of disposal; with the non-resident being required to hold, along with its connected persons, at least 25% interest in that entity in the previous 2 years. The changes therefore seek to ensure that corporate vehicles are not used to bypass the effects of the legislative changes.

Moreover, from 2020, non-resident companies carrying on a UK property business (e.g., non-resident corporate landlords) will now be subject to corporation tax. The effect of this is that any rental income they receive will be subject to corporation tax, rather than income tax as currently the case. The effect of these two legislative changes will therefore not only impact disposals, by the ongoing business activities of these companies also.

In July, the UK Government confirmed legislative plans to introduce a public register of ownership for non-UK legal entities owning UK property, the first register of its kind in the world. If passed, all non-UK entities which own or wish to purchase land in the UK will be obligated to register with Companies House and identify and disclose their owners and controllers (which follows the regime for PSC registers in determining controllers and therefore mean that information on owners and controllers would be publicly available, and therefore easily accessible). Only upon successful completion of this registration, will that overseas entity be furnished with a unique ID that in turn will allow it to register the change of ownership with the land registry. This will create an additional administrative burden for non-UK resident entitles, with ongoing obligations to keep the information up-to-date. It could potentially also add to the time period for transactions if the overseas entity is not already registered with Companies House. If the inability to register as owner of the property with the land registry were not enough, it will be a criminal offence to fail to update the information with Companies House or supply false or misleading information. The register is likely to come into effect in 2021 and will no doubt aid in enforcing the new tax regime coming into effect (see above) and generally allow for greater transparency. The window is now closed for submitting views on the Bill, and we await further announcements on this in due course.

In July, HM Land Registry launched a new digital Local Land Charges service which will enable users to order Local Searches directly from the Land Registry website producing an instant online result. This will enable property transactions to be dealt with more expediently by reducing the delays caused by awaiting a response from the Local Authority; but also reduce costs for users. Although it is initially only being trialled with Warwick District Council, the system is intended to be used in 25 other Local Authorities across England. If extended to cover all local authorities, it could aid in a faster due diligence process on commercial real estate transactions.

As predicted in our previous alert, the challenging climate faced by UK retailers has led to an increase in company voluntary arrangements (CVAs), with companies taking advantage of the benefits the process offers. Most notably, since the release of our last alert, House of Fraser and Homebase have both had their CVAs approved. For more information on the House of Fraser CVA click here. 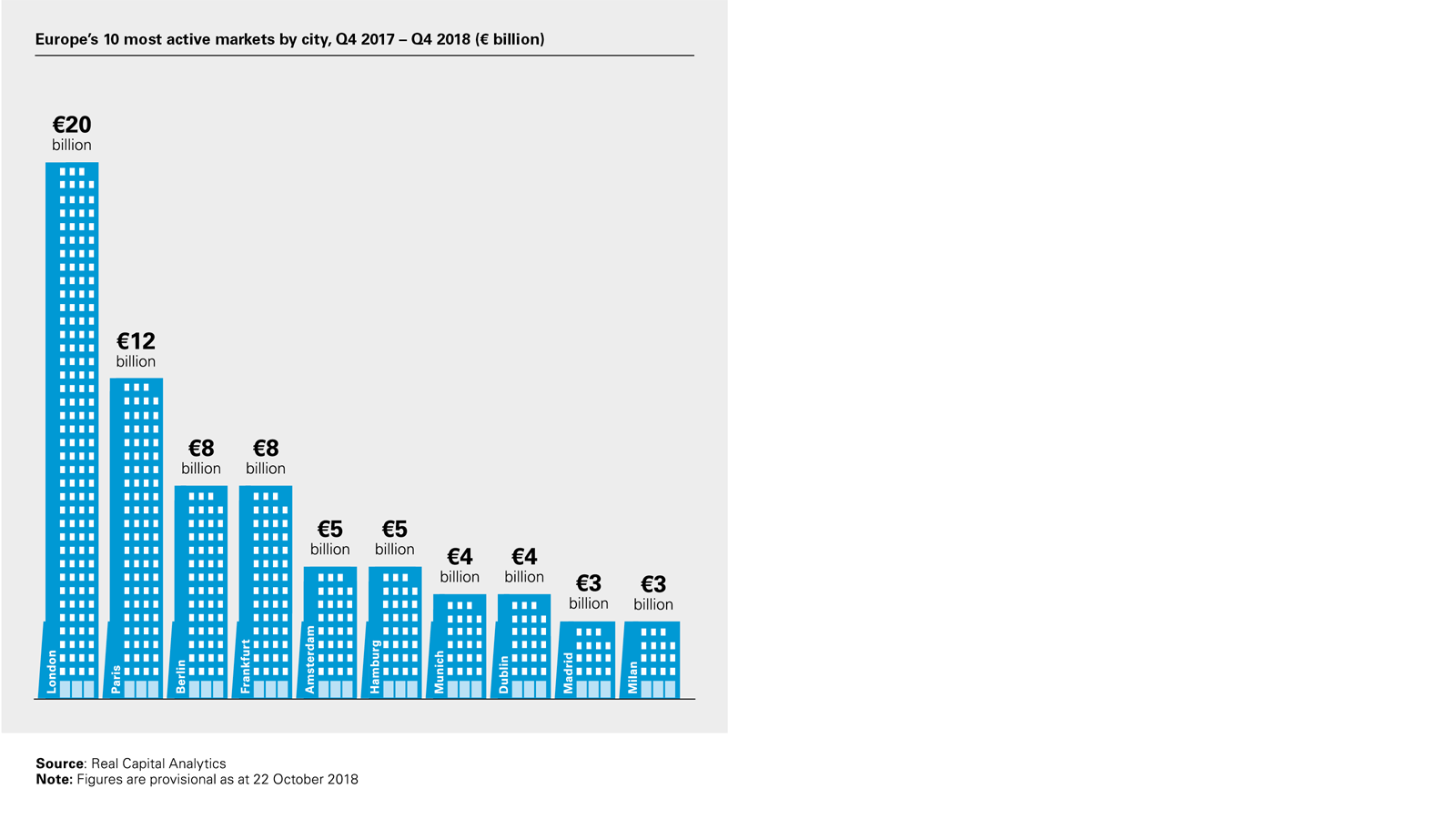 It has been well documented that in July 2017, the Financial Conduct Authority questioned the sustainability of LIBOR as a benchmark and recommended that LIBOR be phased out by 2021. Since then, work has commenced in earnest looking for replacement benchmarks for the five currencies for which LIBOR operates as a benchmark rate. In due course, loan agreements will need to be updated to reflect the new market approach to benchmarks. To ensure that these amendments do not require unanimous lender consent, the Loan Market Association published a revised Replacement of Screen Rate clause allowing participants to a loan agreement the option to lower the consent threshold required to make the necessary amendments to loan agreements. This was to provide further flexibility in light of uncertainty over the future of LIBOR and other benchmark rates and the related amendments needed beyond updating just the screen rate.

In 2015, the European Parliament and Council adopted the Fourth Anti- Money Laundering Directive which requires Member States to regulate the position with respect to beneficial owners, such that companies are required to identify and record details of their beneficial owners.