A dawning of a new African era

Welcome to the inaugural edition of Africa Focus. As a continent, Africa is projected by the IMF to be the world's second-fastest growing region from 2017 to 2020. In 2016, the McKinsey Global Institute forecast that business spending in Africa is expected to grow from US$2.6 trillion to US$3.5 trillion by 2025. Our intent with this publication is to contribute in a meaningful way to the debate on how to ignite economic development in Africa and to help fund the projected growth. In this edition, we focus particularly on funding Africa's infrastructure deficit.

In "Bridging the gap", we explore the range of funding sources used to finance infrastructure in Africa and some new options that are emerging. "Private equity in Africa: Emerging trends" looks at the increasing interest being shown by private equity houses in African infrastructure projects. "Anticipated trends in project finance" examines the implications for project finance in South Africa particularly following the debt rating downgrade from investment to speculative. "Arbitration in Africa: Managing risk in a growing market" explores arbitration as a mechanism for resolving disputes. "Project bonds in the OHADA region" describes how project bonds, which are commonly used to finance infrastructure in other parts of the world, have significant potential in Africa. It examines the conditions that would need to exist in the OHADA countries specifically for project bonds to be viable in those markets. Finally, "Sub-Saharan African power projects" examines the challenges involved in state support for project finance, especially in the light of IMF requirements.

We hope that you find Africa Focus interesting and that it challenges your thinking in a positive and constructive way. Bridging the infrastructure gap is crucial to Africa achieving its objectives for sustainable economic growth and the well-being of its people. We welcome any feedback you may have on this publication.

Bridging the gap: Sources of funding for infrastructure financing in Africa

A range of funding options is available for African infrastructure. Here are some examples, trends, advantages and challenges associated with each.

Private equity in Africa has come a long way since the 1990s. Here's what the African PE ecosystem looks like now.

Managing risk in a growing market.

Are project bonds an option for funding infrastructure development in the OHADA region?

Several options are available to mitigate counterparty credit risk, one of the most challenging aspects of project development and delivery.

Sources of funding for infrastructure financing in Africa

In October 2014, the Africa Development Bank noted that Africa's 'primary task' was to find ways to plug the annual infrastructure funding deficit. It is nearly a decade since they estimated the financing requirement to close the deficit amounts would be US$93 billion annually until 2020. Finding sources of funding to make up these estimated amounts is clearly key.

While investment in African infrastructure projects has been significant, it has been nowhere near the amounts detailed above. Sources of funding have evolved following the global financial crisis, and commodity price fluctuations have impacted the ability of many African nations to fund their infrastructure development out of national sources.

Private sector financing forms a large part of the answer in closing the funding gap in the form of private equity, debt and the relatively untapped resources of pension funds and capital markets. It now accounts for less than 50 per cent of external funding of African infrastructure products, and a wider range of instruments is being used than before. More sophisticated forms of finance that were previously restricted to developed economies are being deployed in many emerging markets, and Africa is no exception. In absolute and global terms, the amounts being invested may be relatively modest. In terms of the impacts that the investments are having on the target economies, though, they are anything but.

Within Africa, the number and type of projects vary by country, region and sector. South Africa and Nigeria are good examples of the more mature African countries when it comes to investment in and success of projects, and in 2016 South Africa had the highest number of projects in the continent. However, recent years have also seen the emergence of other developing economies in Africa (such as Rwanda) with previously low numbers of projects, which are expected to have much more increased activity and investment in the next five years. There are also, of course, variations by region. It was West Africa which had the highest number of projects (valued at US$120 billion) in total for 2016. Different regions also focus on different sectors, with 33.6 per cent of projects falling in the transport sector, followed by 22.4 per cent in real estate and 21 per cent in energy and power in 2016. All of these trends and variations play a part in deciding which sources of funding are the most suitable and where.

This paper explores the range of funding options available for African infrastructure, including trends, examples, advantages and challenges associated with each.

Sovereign debt remains a key source of infrastructure financing. A number of African countries have been seeking to find alternative financing measures and, after the global financial crisis in 2008, nearly half of all African countries issued sovereign bonds.

This was because bilateral loans and grants from Europe and the US had dwindled due to global debt problems. Demand for sovereign bonds, especially high-yielding African debt, is increasing with growing activity in debt capital markets across Africa. Sovereign guaranties have been used to protect investors but pose a challenge as many African governments continue to face issues over their creditworthiness and rating. 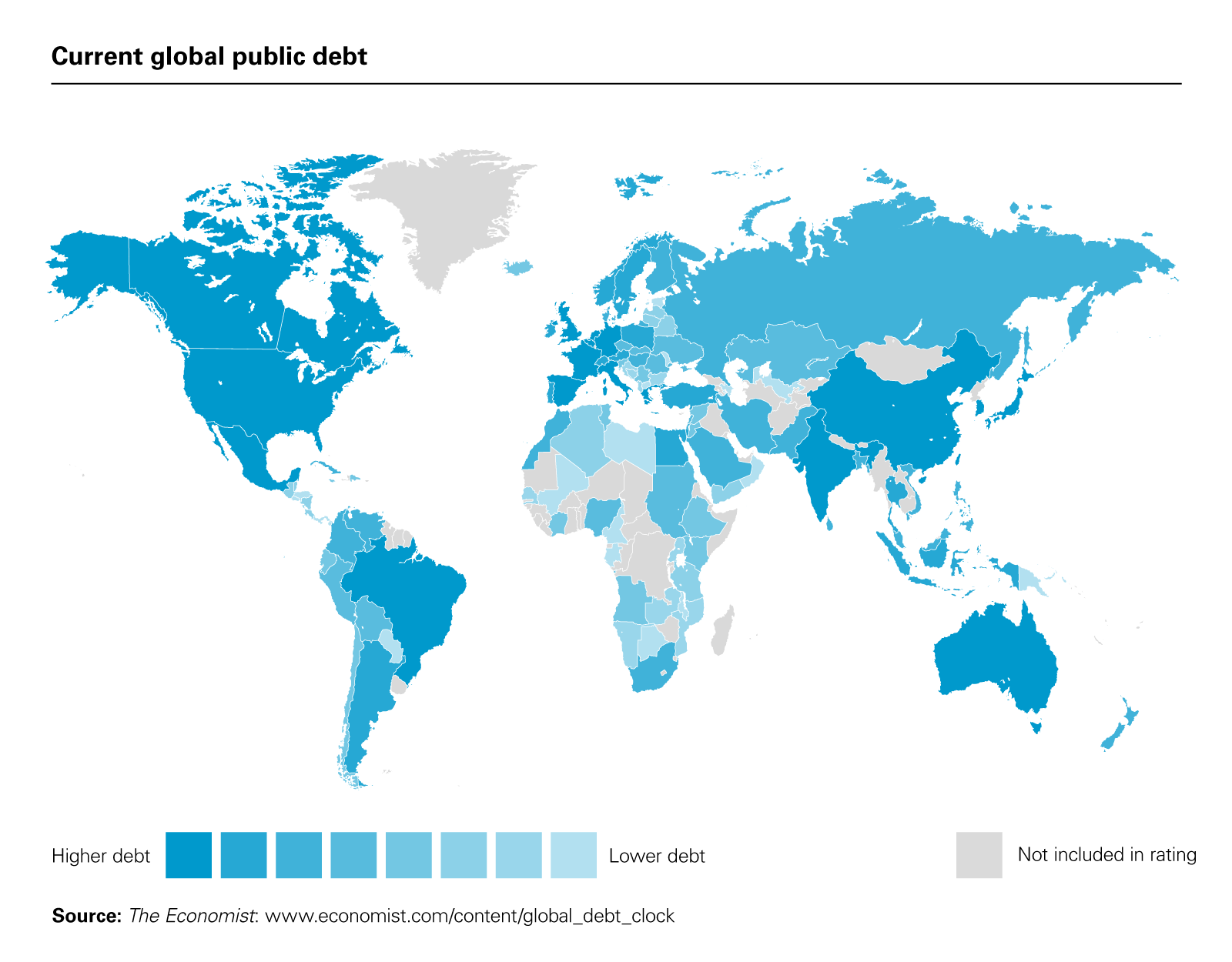 DFIs have long played an essential role in financing infrastructure in Africa with a combination of direct lender and soft and hard tools to attract private-sector investment. DFIs can lend directly to projects and also lend under A/B loan structures whereby they have been able to bring other DFIs and smaller commercial banks into the market, which otherwise may not have previously been able to sustain the associated project and jurisdictional risks.

Since DFIs have a long track record in funding projects that both encourage sustainable development and allow for economic returns on investment, they are persuasive and compelling partners for traditional lenders and are able to take significant political risk. They can offer tools that play a crucial role in risk mitigation in an area where political and economic instability are viewed as investment-hindering factors. DFI backing is still critical in many projects in order to provide confidence to other organisations to invest or for lenders to loan. Traditional DFIs such as the World Bank, the African Development Bank and the European Investment Bank remain important funders of Africa's infrastructure, and this trend is set to continue.

Commercial bank lending plays an important role in funding African infrastructure. It can take the form of local and international commercial bank loans. Since the global financial crisis, the European banks have become far less active, and South African as well as Chinese banks especially have been quick to fill the vacuum that they left. Difficulties with commercial bank debt include managing the liquidity requirements of Basel III and other market reforms which have made non-recourse lending, typical for infrastructure finance, very difficult. Lending in Africa is generally coupled with high levels of political risk and thus often prove 'unbankable' for commercial banks alone, therefore leaving commercial banks (and developers) to have to consider ECA or DFI/IFI support to manage the risk.

Banks are reducing their lending to meet new liquidity standards. The balance sheets of the World Bank and the African Development Bank do not have enough funding available to bridge Africa's infrastructure gap. Against that backdrop, capital markets are an obvious alternative. Except for South Africa, though, to date these have generally not been widely used as sources of project finance in Africa. Most African countries still do not even have their debt formally rated. Yet capital market funding can be ideal for infrastructure development in frontier markets. This is nothing new. For instance, the railways of 19thcentury America were funded largely by bonds. Markets do not impose funding conditionalities in the same way as multilateral development institutions. Properly designed to reduce risk to acceptable levels, the cost of financing through bonds is frequently less than through conventional bank lending.

Islamic banking is a form of financial intermediation based on profit and loss sharing and the avoidance of interest rate-based commitments and contracts that entail excessive risks and finance activities prohibited under Islamic principles. Both Kenya and South Africa, for instance, have introduced measures to encourage Islamic finance. Lessons on its application to infrastructure projects may be learned from projects in the Middle East or even further afield (e.g., Malaysia.)

Most major private equity firms include infrastructure funds in their portfolios, but very few infrastructure-focused funds exist in Africa. They could serve to bring much-needed regional expertise. Infrastructure-focused funds could also provide longer-term capital, helping to facilitate an exit for the initial project sponsor. In providing an alternative platform for liquidity, the funds could function as a synthetic capital market. Additionally, pension funds and other institutional investors find that long-term infrastructure investments tend to be a good fit.

SWFs are investment funds that:
• Are owned or managed by a government
• Are managed with long term perspective and
• Follow investment policies driven by national objectives such as economic stabilisation, diversification or investment for future generations

NEXT CHAPTER
Private equity in Africa