Israel's thriving start-up scene continues to draw attention from around the globe, resulting in record M&A deal activity in 2017.

Conclusion: Five trends to watch in the coming year

One of the most striking observations from this year's survey is the shift in expectations about which types of companies will drive M&A activity in the next year. In general, it is predicted that foreign buyers will be more active than domestic acquirers.

These views are consistent with market data, which shows a notable increase in inbound Israeli M&A activity in 2017. Domestic activity has been relatively flat for the past six years.

China set to re-enter the market

China's role in Israel M&A dropped considerably in 2017. In 2016, China had four of the top ten largest deals in Israel. But there was only one Chinese transaction in the top 20 deals in 2017: the US$112 million acquisition of a 65 percent stake in Servotronix Motion Control by Chinese appliances giant Midea Group.

This is likely due to changes in regulations in China. At the end of 2016, China tightened its rules pertaining to outbound investments in order to control currency movements and curb investments that the government deemed overly speculative.

However, in December 2017, regulators made a number of improvements to promote the continuous development of overseas investments by simplifying and clarifying certain procedural requirements. These changes, which came into effect in March 2018, should allow Chinese M&A activity to increase in Israel in the future. 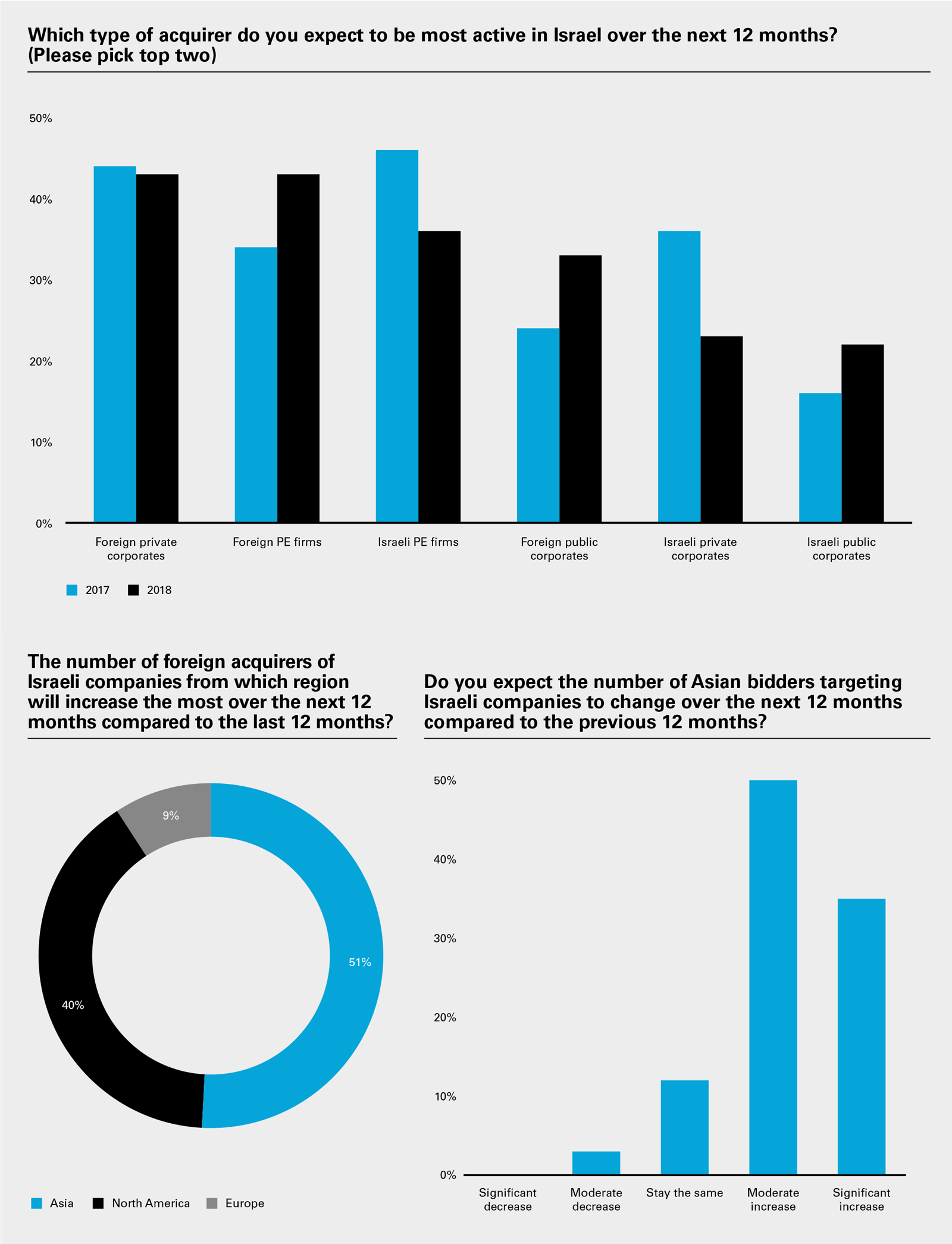