Halfway through 2018, the world's policy dramas and other disruptions show no sign of slowing. How will the latest global legal changes and market trends affect cross-border business and Taiwan in particular?

Even some obvious challenges still contain room for optimism. Prudent investment and supply chain strategies can reduce the impact of international trade upheavals on Taiwan-based exporters facing US and China trade policy changes. And Taiwanese businesses that understand shifting geopolitics and financing trends affecting deals in the Asia-Pacific region can unlock funding and capital opportunities.

Several US-centered developments also may be highly relevant for Taiwanese companies engaged in cross-border business. A rare court decision that clarified US merger control rules for vertical deals has provided judicial guidance for transactions involving companies with complementary businesses. A US clampdown on potential security threats is intensifying the scrutiny of cross-border M&A. And Taiwanese companies, already affected by US enforcement actions in recent years, can benefit from making sure all investment strategies and global operations include an assessment of the latest US economic sanctions and export control policies.

We hope you find this useful, and look forward to seeing Taiwanese businesses flourish worldwide in the months and years ahead.

By Fergus Smith and Mikio Kobayashi

By Noah A. Brumfield, Baldwin Cheng and Farhad Jalinous

By David Li and Baldwin Cheng

By Noah A. Brumfield and Charles Miller

A recent US district court decision rejecting a US government challenge to the AT&T/Time Warner merger provides judicial guidance for deals involving companies with complementary businesses.

Raising the bar for US security clearance of cross-border transactions

By Nicole Erb and Cristina Brayton-Lewis

The United States has long maintained economic sanctions and export controls that restrict transactions involving US-origin items or by US persons with certain parties or countries for foreign policy or national security reasons. In recent years, though, the US has increasingly relied upon existing and new laws to enforce US sanctions and export controls against non-US parties, effectively coercing non-US parties into upholding US foreign policy and national security interests abroad.

Since Taiwanese companies and individuals have been affected by such US enforcement actions in recent years, you should remain mindful of US export controls and economic sanctions as you devise investment strategies and conduct global operations.

Impact of US sanctions on Taiwanese businesses

In some cases, the jurisdictional nexus with the US can be less obvious.  In February 2017, US authorities concluded that a Taiwanese company had violated US sanctions by conducting a ship-to-ship transfer with a vessel owned by the National Iranian Tanker Company. The US authorities used the Taiwanese company's participation in a US bankruptcy proceeding as the jurisdictional hook where the vessel used in the Iran-related shipment was under the jurisdiction of the US bankruptcy court.

Recently, the US also has stepped up enforcement of so-called "secondary" sanctions, which can be enforced against non-US persons without any connection to the US or a US person.  Secondary sanctions target "sanctionable activities" by non-US persons outside the US, such as trade with North Korea or dealings with designated Iranian parties. US authorities do not have jurisdiction to impose civil or criminal monetary penalties for violations of secondary sanctions, because the violation, by definition, lacks a connection to the US or US persons.  But the enforcement measures can be just as serious, if not more so, than the imposition of monetary penalties.  US authorities can blacklist the foreign violator, thereby closing or restricting the violator's access to US commercial and financial markets. Secondary sanctions thus operate as a powerful deterrent against dealings by non-US persons with US-sanctioned countries or blocked parties, even in the absence of any US nexus.

Taiwanese companies are no strangers to the dragnet of US secondary sanctions. Earlier this year, the US authorities added a Taiwanese individual and two Taiwanese companies to the US sanctions list pursuant to the Countering America's Adversaries Through Sanctions Act of 2017 (CAATSA), effectively locking them out of the US financial system. US authorities alleged that these Taiwanese parties were engaged in North Korean coal export and oil import deals with entities in Russia.

US export controls restrict the export or re-export of items and technology, including:

In light of today's integrated global supply chain, US export controls pose a greater risk to non-US parties than ever before. The impact of the recent enforcement action against the Chinese technology company, ZTE, on Taiwanese companies exemplifies the extent of this risk. The US Commerce Department's Bureau of Industry and Security (BIS) imposed its largest-ever penalty on ZTE in connection with the shipment of items to Iran. This penalty, which was part of a criminal plea agreement, included the imposition of a "denial order" that would prohibit ZTE from being involved in any transactions involving items or technology exported from the US. After negotiations, ZTE reached a settlement with BIS and suspension of a new denial order on June 7, 2018.  The new denial order will not be lifted until ZTE pays the US$1 billion fine and places an additional US$400 million in an escrow account.

The road ahead is fraught with new risks

Notably, US lawmakers are attempting to block the new settlement with ZTE through legislative means as well as trying to push through more stringent export controls legislation.  For example, two pieces of pending legislation—titled the Foreign Investment Risk Review Modernization Act of 2018 and the Export Control Reform Act of 2018—seek to expand US export controls involving "foundational technologies," joint ventures involving non-US parties, and emerging and critical US technologies, including AI and machine learning, semiconductors, unmanned aerial vehicles and solar cells.

With so much at risk, Taiwanese companies should make sure their investment strategies always include an updated assessment of the latest US sanctions and export control policies. This is particularly important any time your business expands into new jurisdictions or engages with new individuals and entities. By addressing any gaps in advance of new investments or new contracts, Taiwanese companies can prevent issues that may otherwise derail a transaction. 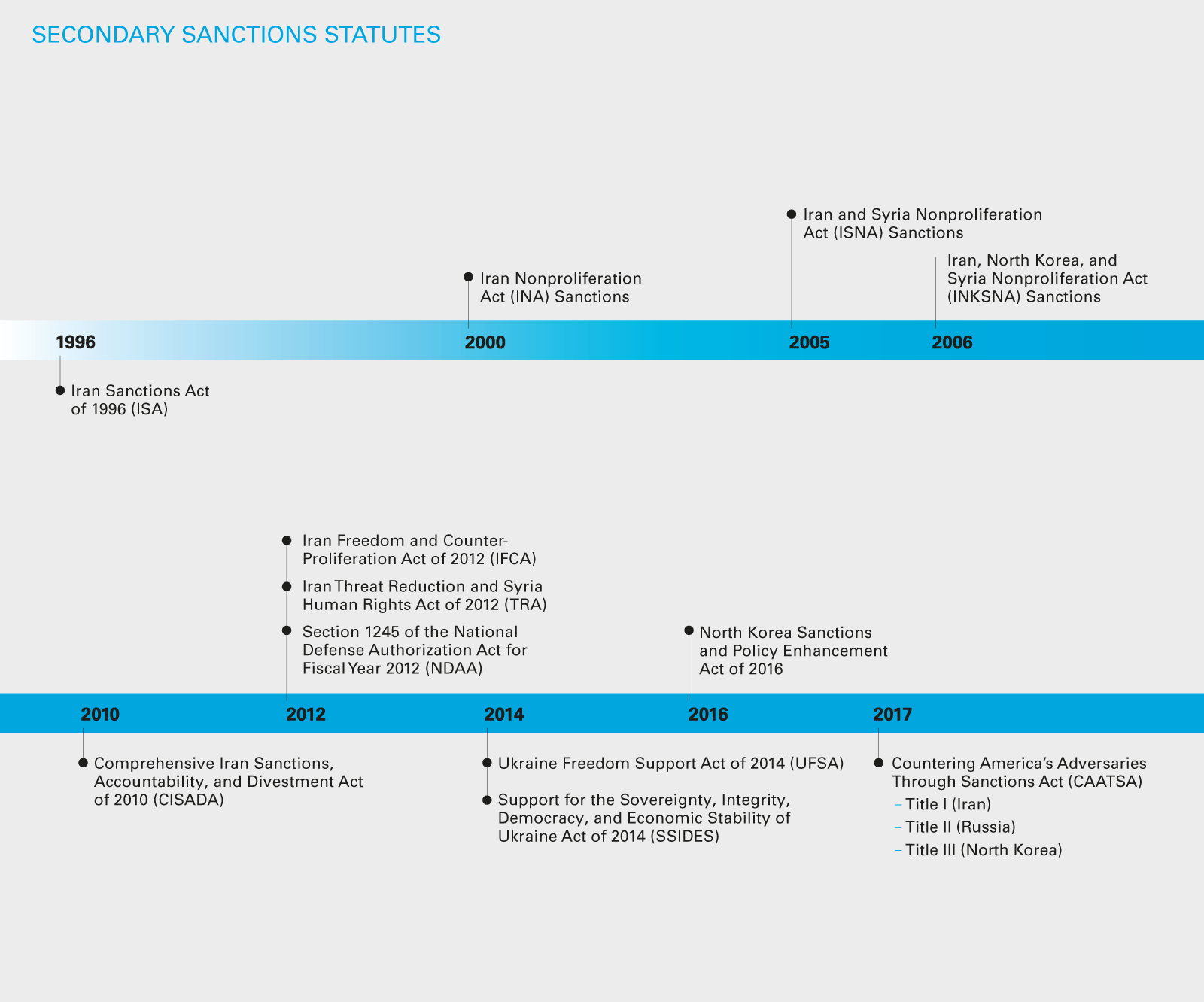