The fight against child prostitution is complex, partly because some of the victims don’t understand they are being abused. Often they don’t see themselves as victims of their pimp. Violence and drug use can make them fearful of or dependent on the people who exploit them, which means a criminal trial can be difficult.

For the past five years, 15 lawyers in our Paris office—supervised by partners Ludovic Malgrain and Bertrand Liard—have been helping young girls in France escape the world of child prostitution through our pro bono partnership with Agir Contre la Prostitution des Enfants (Act Against Child Prostitution/ACPE) and Alliance des Avocats pour les Droits de l’Homme (the Alliance of Lawyers for Human Rights/AADH).

Our lawyers take on three or four matters a year to assist the ACPE, the girls themselves and their families in the legal fight against the perpetrators of violence. Our work with the Alliance involves training lawyers to assist unaccompanied minors and victims of trafficking in France, help them apply for a residence permit, obtain support from social services, gain access to education and move toward a safer life. We also help them file complaints and prosecute those who have exploited them.

A start to a new life

“In some cases, the parents bring the case on behalf of their children; in others, we represent the children themselves. But either way, it is a heartbreaking situation,” said counsel Anastasia Pitchouguina, who has worked on several cases for the ACPE. “We help them in criminal proceedings so the victim’s word is taken into account during the trial, and so they can start a new life, knowing they no longer need to use their bodies to make money.”

Our work with the ACPE also includes cases linked to a local prostitution network.

“The gang typically preys on girls by getting them addicted to hard drugs, pressuring them to turn to prostitution to pay for their addiction, and locking them in apartments that have been converted into brothels,” added Anastasia. “In one case, the victim’s mother discovered her daughter was involved in prostitution when she saw her in online advertisements. We helped the parents bring a successful criminal case against the gang, which resulted in the girl breaking free of the world of child prostitution.” 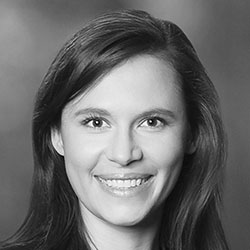 In one case, the victim’s mother discovered her daughter was involved in prostitution when she saw her in online advertisements. We helped the parents bring a successful criminal case against the gang, which resulted in the girl breaking free of the world of child prostitution.

The Paris office also provides legal support for several cases involving children trapped in Nigerian prostitution networks. The victims can be as young as 11 years old, having been sold by their families to work in Europe—often to pay off a debt. They have their passports taken away and are kept captive by a handler, known as a Mama, who prevents them from escaping.

“It is important that the Firm continue to be involved in cases of this nature because the cause is a righteous one and, from a legal point of view, the proceedings are long and complex so it is necessary to spend the time to ensure their validity,” said Ludovic Malgrain. “Personally, it is meaningful to assist isolated and vulnerable victims.”

Our pro bono work on these cases further contributes to the ongoing fight against child prostitution because money obtained in damages is used by the ACPE to set up prevention plans, raise awareness and make legislative progress to protect victims.

Read other articles in
Making rights a reality