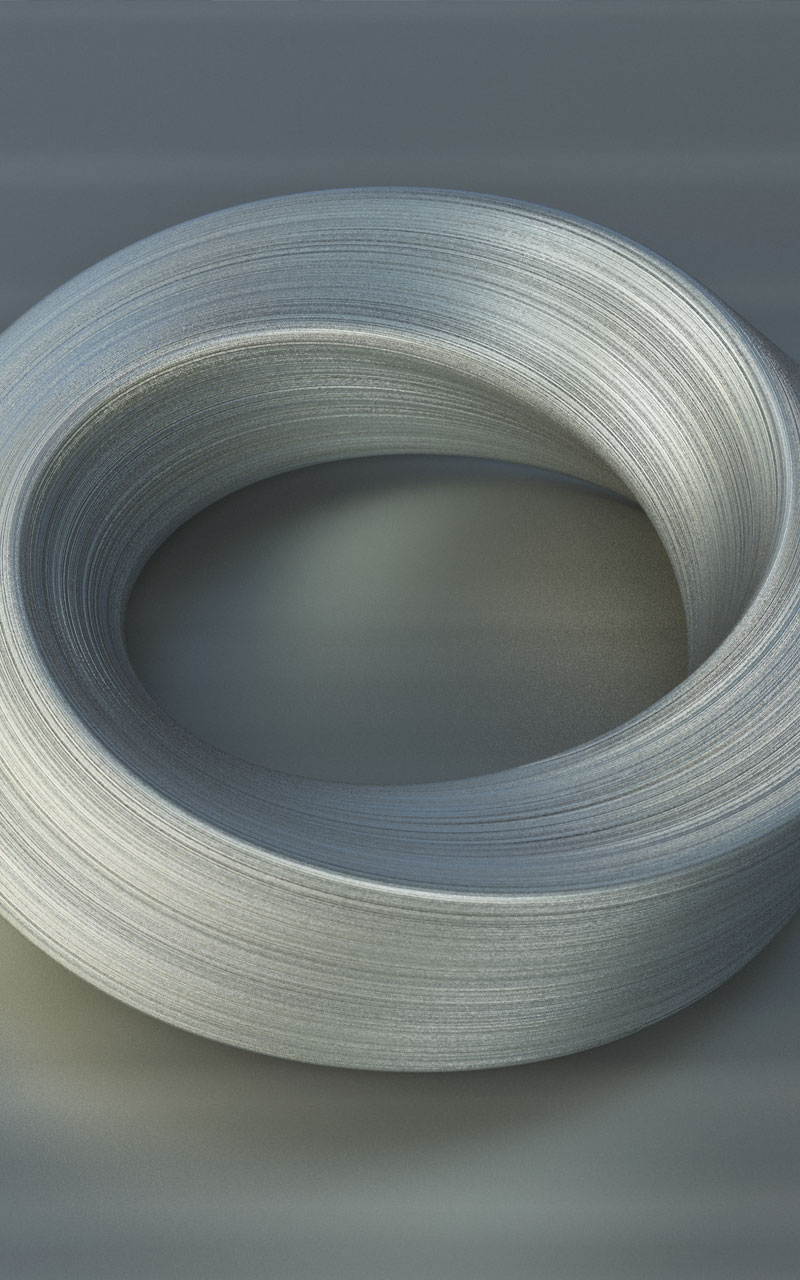 Clients turn to us to help them assess and overcome commercial, legal, regulatory and structural risks, while focusing on driving innovation and reducing costs. Our Technology Transactions Group, one of the largest of any global law firm, offers decades of knowledge and experience. Our work ranges from structuring, negotiating and implementing complex sourcing and strategic alliances to advising on cybersecurity, Big Data and data management concerns. We advise on pricing, performance and governance – all with a view to developing sustainable relationships that serve our clients' objectives.

Our lawyers have advised on many of the landmark sourcing arrangements undertaken to date. We have served as counsel to some of the world’s most prominent companies in connection with their information technology and sourcing needs. Clients benefit from our ability to support the implementation of enterprise-level cloud computing solutions and "As-a-Service" offerings in the financial services and other industries. We have also been a world leader in incorporating ITIL, SEI and other IT standards-based processes into our approach to IT transactions.

Putting our technology transactions experience to work for our clients

Clients benefit from our focus on the entire operating model, with an emphasis on the critical integration issues that exist in any multi-vendor environment. With that perspective, we help design pricing methodologies and performance regimes that provide agility and transparency and incentivize desired behaviors.

In working with our clients, we focus on governance rather than contract administration. We have developed panel governance systems and tools aimed at enhancing governance and cooperation between the customer and its suppliers in a multi-vendor IT environment. This not only increases cooperation and efficiency, but serves to 'future-proof' arrangements to accommodate unanticipated changes and developments in a systematic and disciplined manner.

Our support for technology transactions continues beyond the initial transaction. We advise our clients on successfully managing long-term relationships with suppliers, implementing sustainable governance models and resolving disputes. A focus on post-transaction execution enables our clients to optimize the arrangement and achieve value and cost-savings.

View all lawyers in Technology Transactions

White & Case LLP is a popular choice with clients who praise the firm's 'exceptional customer focus and speed of advice,' and its 'tremendous breadth of knowledge and skills'.
Legal 500 2022

Respectable transactional practice with considerable expertise in the technology and outsourcing sector, and experience acting for clients in the financial services, social media and biotechnology sectors.
Chambers USA 2022

Longstanding technology practice with the experience to handle both transactions such as M&A, IP licensing and strategic partnerships, and the development and acquisition of new tech projects.
Chambers 2022

"'[The White & Case] team has a strong understanding of in-house needs and the complexities involved with global technology companies. White & Case is able to consistently provide comprehensive goal-oriented advice that goes beyond just stellar legal counsel.'"
Client Testimonial – Legal 500 US 2021

Best Buy
We assisted Best Buy in re-sourcing its IT infrastructure services. As part of this global transformation initiative, we created the IT Cooperation Agreement (ICA), an innovative overarching framework that redefines the roles of customer and supplier and drives cooperation in a multi-vendor environment. Recognized by the Financial Times the ICA is signed by the customer and all panel suppliers to reflect that both parties have performance obligations in a sophisticated governance regime. It is separate and distinct from individual customer-supplier services agreements and enhances information-sharing and cooperation between suppliers (who are likely competitors). As a result, suppliers are better aligned to work together to resolve problems, proactively innovate and facilitate enterprise business objectives.

Coca-Cola
We advised Coca-Cola Enterprises (CCE) in an innovative pan-Atlantic deal with Capgemini in the F&A field involving a "nearshoring" component in Central America. In 2010, when The Coca-Cola Company (TCCC) purchased CCE's North American operations, many services migrated to TCCC. We helped to dismantle this complex transaction so that both CCE and TCCC retained the benefits of the original transaction, advising on all aspects of bifurcating the contract and schedules, including pricing and service-level regimes. Subsequently, we were engaged to provide ongoing sourcing advice on TCCC's relationship with Capgemini, and more generally on its other business process outsourcing (BPO) arrangements.

Deutsche Bank
We advised Deutsche Bank in the outsourcing of its asset management investment platform – one of the largest outsourcing deals of its kind – to BlackRock, a multinational investment management firm. The IT solution offered a highly scalable system with the ability to evolve with our client's needs. The transaction reduced our client's costs, improved operational efficiency and reduced risk across the company.

Softbank Corp.
We represented Softbank Corp.,as deal counsel, in connection with a 50-50 joint venture with PayPal Pte. Ltd., a Singapore-based PayPal and eBay group company, for the marketing/distribution in Japan of PayPal-branded products and services through a newly-formed kabushiki kaisha named "Nihon PayPal KK."

The joint venture will be implemented in phases, initially involving the introduction of PayPal Here, a global mobile payment solution enabling small Japanese businesses to accept credit/debit cards and PayPal payments through SoftBank-branded smartphones and other devices. Our work included drafting and negotiating all documentation as well as advising SoftBank on intellectual property issues and registration requirements.

LINE
We represented LINE in structuring and negotiating a global strategic alliance with Telefonica and Mozilla. In conjunction with Mozilla's introduction of the new Firefox OS mobile operating system, LINE will develop versions of its suite of social apps for that platform. Mozilla will provide global preferred promotion, including preferred placement in the Firefox OS Marketplace (the Firefox OS app store), and distribute the apps. Telefonica will pre-load the LINE apps on Firefox OS devices in new markets worldwide and provide preferred promotion in their marketing, promotions and customer interactions, whether in-store, media, online, blogs, etc. Telefonica will enjoy limited-term exclusivity to the Firefox OS platform.

Salesforce.com
We represented Salesforce.com in connection with a License and Strategic Alliance Agreement with Dun & Bradstreet and various amendments and relationship management to bring products to market. That agreement allowed for the creation of a new "Data-as-a-Service" offering called Data.com. The Data.com offering effectively merged the crowd-sourced contact information database of Salesforce.com's legacy Jigsaw-branded business with Dun & Bradstreet's company-level information database, allowing Data.com customers to build and maintain up-to-date individual customer profiles with current corporate competitive intelligence. The offering, which leverages Salesforce.com's cloud-based technologies, has been so successful that within the last year it was elevated to Salesforce.com's highest level suite of enterprise Customer Relationship Management (CRM) offerings.

Altria Group, Inc.
We represented Altria Group, Inc. (Altria) in negotiating a strategic alliance through a series of agreements with Philip Morris International Inc. (PMI), pursuant to which PMI will be licensing and distributing Altria's vapor technology-based e-cigarettes outside of the United States, while Altria will be licensing and distributing PMI's alternative heated tobacco e-cigarette product within the United States. Leveraging our prior experience in agriculture and electronics, we led a multijurisdictional team in structuring the relationship and closing this transaction for Altria. Our team's ability to understand the technology and handle the intellectual property and corporate matters at issue, together with an understanding of the relevant supply and distribution concerns, was indispensable.

Royal Bank of Canada (RBC)
We are representing RBC in connection with a transformational outsourcing with FIS. RBC is establishing a "completely virtual" bank in the US following the divestiture of its US retail operations to PNC in a US$3.4 billion deal. FIS (with its subsidiary Capco) has been selected as a major supplier for the new virtual bank and will also be responsible for integrating with other suppliers as well as RBC’s Canadian operation.  As a result of this work, begun in 2013, we were also retained by RBC to advise on a number of other sourcing relationships (up to 90 contracts) required in order to "stand up" the new virtual bank. 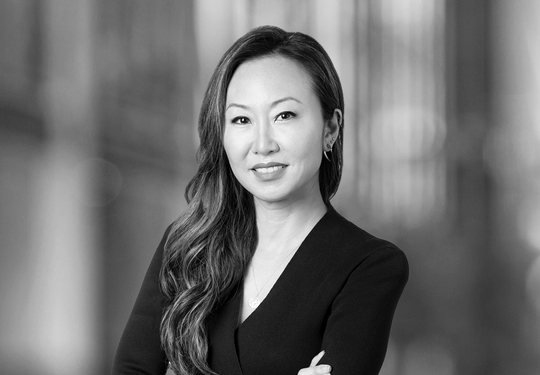