Bibiana is a member of our Capital Markets practice with extensive experience in capital markets and debt finance transactions involving Latin American companies. She represents corporates and financial institutions in a wide range of capital markets and debt finance transactions, including registered public offerings, Rule 144A and Regulation S offerings, and private placements.

Before being promoted to partner, Bibiana was ranked as an "Associate to Watch" by Chambers Latin America for Banking & Finance Latin America-wide.

Prior to joining White & Case, Bibiana was an associate at a leading Colombian firm, where she practiced in a range of areas including mergers and acquisitions, securities offerings, bank financings, project finance, foreign investment and general corporate matters.

Her key recent transactions include:

Representation of Corporación Quiport S.A. ("Quiport") and its shareholders CCR S.A. (Brazil), Odinsa S.A. (Colombia) and HAS Development Corporation (USA) in connection with the first international bond supported by the credit of a corporate entity out of Ecuador. Quiport is the concessionaire that operates, maintains and develops the Mariscal Sucre International Airport in Quito, the largest airport in Ecuador in terms of passenger traffic.

Representation of Votorantim S.A. (VSA) (the holding company of one of the largest private Brazilian industrial conglomerates) and its subsidiary Votorantim Cimentos S.A. (Voto Cimentos) (the sixth largest cement company in the world (excluding Chinese companies) and the largest cement producer in Brazil) in connection with their respective five-year unsecured revolving credit facilities in an aggregate amount of US$700 million.

Representation of Merrill Lynch and BTG as international placement agents in an offering of common shares of Grupo Energía Bogotá S.A. ESP (GEB) by the District Capital of Bogotá, its controlling shareholder, through the BVC (Colombian Stock Exchange). The District Capital of Bogotá offered common shares representing 10.4% of the total outstanding shares of GEB in a global offering, which included an international offering pursuant to Rule 144A/Regulation S through which non-Colombian investors could bid to participate in the global offering. The global offering was conducted as part of a “democratization” process in Colombia under Law 226 of 1995 in Colombia.

Representation of Fibria Overseas Finance Ltd. in connection with its first green bond offering of 4.000% notes due 2025 in an aggregate principal amount of US$600 million, pursuant to an automatic shelf registration statement on Form F-3. The notes were guaranteed by Fibria Celulose S.A., the world’s largest producer of market pulp.

Representation of VM Holding S.A., as issuer, in connection with its inaugural offering in the international capital markets of US$700 million aggregate principal amount of its 5.375% senior notes due 2027 through a Rule 144A/Regulation S issuance. VM Holding S.A. is the fourth largest producer of zinc content in the world and the holding company of the metals and mining operations of the Votorantim Group.

Representation of Colombia Telecomunicaciones S.A. ESP (ColTel), the second-largest integrated fixed-line and mobile telecommunications provider in Colombia, and the Colombian affiliate of Spain's Telefónica S.A., in the offering of its US$500 million Subordinated Perpetual Notes (the Hybrid Notes). The Hybrid Notes are the first international hybrid bond issued by a Colombian corporate issuer.

Representation of a group of international and Brazilian lenders on the restructuring of US$425 million of the indebtedness of S/A Usina Coruripe Açúcar e Álcool, a Brazilian sugar and ethanol producer. A portion of this indebtedness was restructured through a New York law-governed amended and restated secured export prepayment facility agreement in an aggregate principal amount of US$228.1 million and the remaining US$196.9 million was restructured through the execution of several secured bilateral export facilities under Brazilian law. 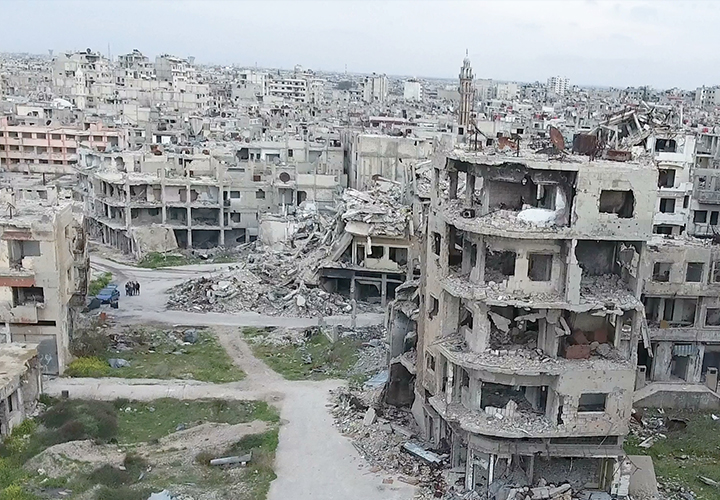 Partners for peace
view all