Mariel's experience includes corporate governance matters consistent in providing expert input on regulatory and market/country risks, as well as specialized knowledge in the process of obtaining regulatory authorizations for the establishment, operation and mergers and acquisitions of financial institutions in Mexico.

Clients who have benefit from Mariel's experience include major financial institutions and corporations, such as Grupo Financiero Banorte in its merger with Grupo Financiero Interacciones to form the second largest financial group in Mexico, BlackRock in its acquisition of Citibank's US$31 billion asset management business in Mexico, and foreign financial institutions (including Shinhan Bank and KEB Hana Bank) in the process of obtaining their respective licenses to incorporate a subsidiary multiple banking institution in Mexico, among others.

Since 2019, Mariel has been based in New York  as part of the Mergers and Acquisitions Practice Group, where she has been focused on the representation of corporate clients, private equity funds and SPACs, in connection with domestic and global mergers, acquisitions and equity investments.

The most recent representative transactions Mariel has participated in, include:

Aeroméxico. Securitization of Collection Rights from Tickets, 2019
Mariel represented Aerovías de México, S.A. de C.V. (Aeroméxico) in the securitization of collection rights derived from airline ticket sales paid through credit cards and processed by BBVA, Banorte, Citibanamex and Santander (as acquirers). Mariel also represented Aeroméxico in the registration of an issuance program of trust debt certificates (certificados bursátiles fiduciarios) for a maximum amount of MXN 7 billion (approximately US$363.7 million) and the first issuance under such program for an amount of MXN 2.7 billion (approximately US$137.8 million).

BlackRock. Acquisition of Citibanamex Asset Management Business, 2018
Mariel represented BlackRock, Inc. in the process of obtaining all regulatory authorizations and approvals needed in connection with the acquisition of the asset management business of Citibanamex, a subsidiary of Citigroup Inc., by BlackRock.

KEB Hana Bank. Authorization to incorporate a Multiple Banking Institution in Mexico, 2017
Mariel represented KEB Hana Bank, the largest banking institution in South Korea, in the process of obtaining a license to incorporate a subsidiary multiple banking institution in Mexico. The authorization was granted by the Board of Governors of the Mexican National Banking and Securities Commission with the favorable opinion of the Central Bank. This is the second license granted to a Korean bank to establish a banking subsidiary in Mexico.

FINCA International LLC Disposition of Mexican Assets, 2016
Mariel represented FINCA International LLC in the disposition of its Mexican assets, including the sale of 100 percent of FINCA's Mexican micro-finance business. This transaction involved the implementation of an intricate cross-border acquisition structure, which entailed a complex security interest structure under Mexican law to guarantee the multi-installment payment of the purchase price by purchaser Te Creemos Holding.

BNP Paribas MXN 700 Million CB, 2016
Representation of BNP Paribas Personal Finance, (BNPPPF) as issuer and BNP Paribas as guarantor in the first reopening of the second Mexican pesos-denominated issuance (BNPPPF 16) of BNPPPF's debt securities in the form of CBs (certificados bursátiles) for a total amount of MXN 700 million (approximately US$38 million), publicly offered in the Mexican securities market and issued under its locally registered CB program at a floating interest rate (TIIE) plus 0.45 basis points and maturing in June 2018. The proceeds will be used by BNPPPF for general corporate matters; in particular, granting loans to its clients.

Comisión Federal de Electricidad US$700 Million Notes Issuance and Offering, 2015
Mariel was part of the team that acted as Mexican counsel representing BBVA Securities Inc., Merrill Lynch, Pierce, Fenner & Smith Incorporated and Goldman, Sachs & Co. as joint lead managers and joint bookrunners in the issuance and offering of Comisión Federal de Electricidad (CFE), the national electricity company of Mexico (100 percent owned by the Mexican government) of US$700 million 4.875% notes due 2045, under Rule 144A and Regulation S of the US Securities Act of 1933. CFE's bond issue was listed on the Luxembourg Stock Exchange and traded on the Euro MTF market. The proceeds of the bond issue will be used by CFE for working capital and general corporate purposes in accordance with Mexican laws and regulations.

MXN 10 Billion Debt Certificate Issuances by Comisión Federal de Electricidad, 2015
Mariel represented Comisión Federal de Electricidad (CFE) in the seventh issuance (CFE 15) and the first reopening of the sixth issuance (CFE 14-2) of CFE's debt certificates (certificados bursátiles) under its MXN 100 billion (approximately US$6.5 billion) program as recurrent issuer registered in Mexico and authorized by Mexico's National Banking and Securities Commission (CNBV). The aggregate amount of both issuances was MXN 10 billion (approximately US$650 million). The debt certificates were fully registered with the CNBV and listed on the Mexican Stock Exchange. The reopening of the sixth issuance had a Mexican tranche and an international tranche; approximately 80 percent of the debt certificates were sold in Mexico and cleared through Indeval (Mexican securities clearinghouse), and 20 percent were sold outside of Mexico in reliance on rule 144A and Regulation S under the US Securities Act and cleared through Euroclear and Clearstream. 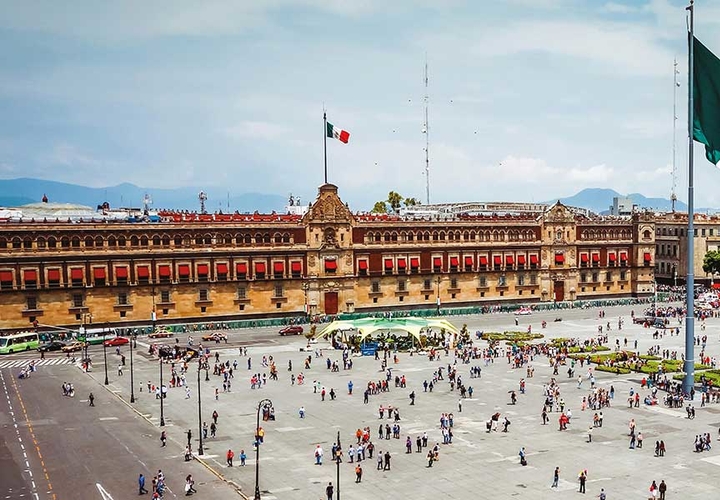 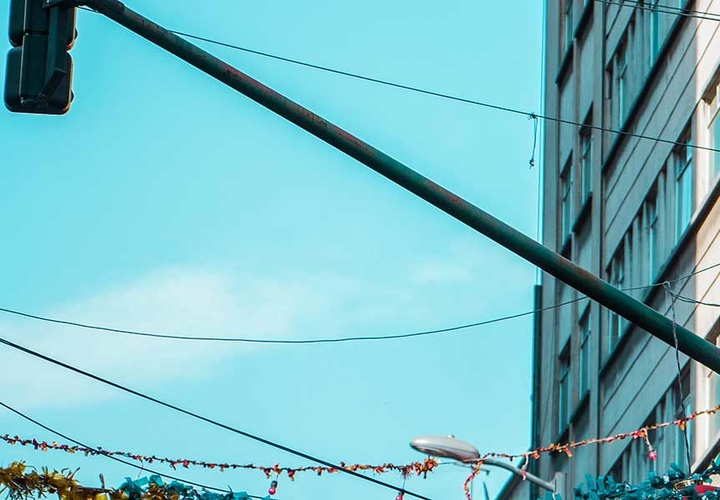 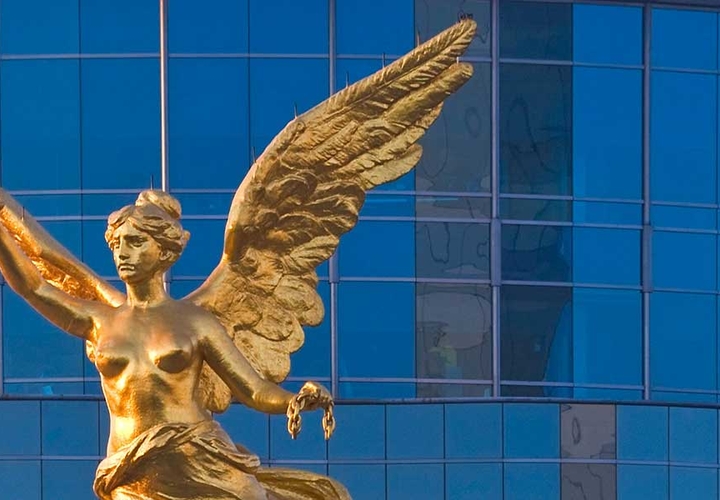 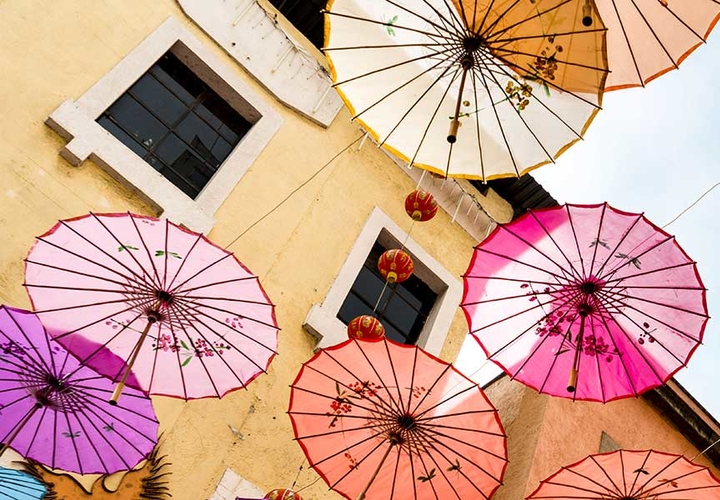 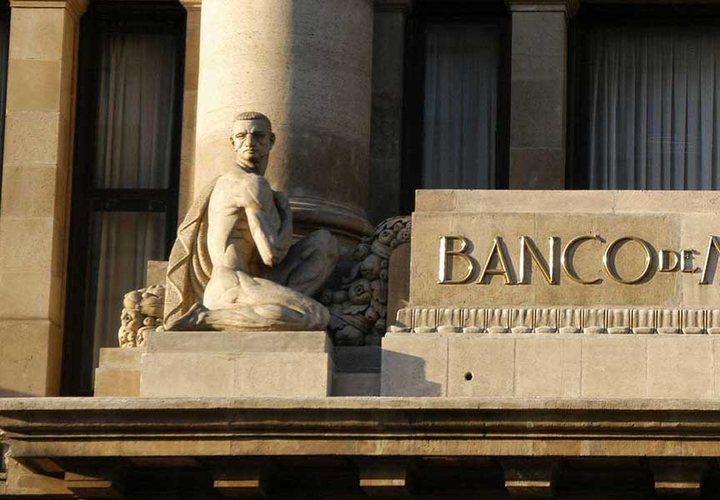 Challenges and Creativity: Establishing a Foreign-Owned Bank Subsidiary in Mexico
view all