Philip is ranked as a ‘Star Individual’ by Chambers & Partners for Projects & Energy, where he is recognised as “a ‘legendary figure’ in the project finance world […] He is well respected by all counterparties and is able to deliver commercially sensible solutions.”
Chambers UK 2020

Philip Stopford is a senior partner in the Firm's Project Development and Finance Group and is based in the London office.

Acclaimed by respected professional directories as a leading figure in this field, he is a valued counsel to major clients seeking to develop and execute large-scale projects worth up to tens of billions of US dollars. Philip has a particularly strong track record of helping clients to structure multisourced financings involving commercial banks and export credit agencies in developed and emerging markets.

Philip's reputation is based on a track record of more than 40 years, handling high-profile projects and transactions in territories across much of the globe under both English and New York law. Adept at steering clients through the legal intricacies of complex and cross-border undertakings, he offers the benefit of his extensive experience preparing concession agreements, tender documents, construction, finance and security documents, as well as the drafting and negotiation of all other necessary contracts. He developed the structure and financing for the industry-changing and award-winning Qatargas LNG projects.

Committed to helping his clients to achieve their business objectives regardless of scale or complexity, Philip has developed his experience at White & Case while living and working in the USA, Hong Kong, Indonesia, Germany and the UK. He also led the Firm's efforts in opening its Cairo office in 2016, where he previously served as Executive Partner. He has represented developers, contractors and lenders in a range of intricately structured project financings involving LNG plants, upstream and downstream oil and gas facilities, refineries, mining & metals, motorways and power facilities and under a number of different structures, including BOT, BOO, trustee borrowings and other limited recourse financings.

Kazakhstan Petrochemical project
Representation of the sponsors in connection with the US$4 billion development and financing of a petrochemical facility in Kazakhstan.

Tahrir Petrochemical Complex in Egypt
Representation of Tahrir Petrochemicals Company in connection with the development and financing of a US$9 billion petrochemical complex in Egypt, including proposed financing from US Ex-Im, UKEF, HERMES, OPIC and EDC. This work follows our representation of the sponsor on the development and financing of a nitric acid and ammonium nitrate complex, as well as an ammonia complex at the Suez Industrial Area on the Gulf of Suez in Egypt.

Upstream Development and Financing
Representation of the Operator in connection with the structuring, development and financing of natural gas fields in the Levant Basin.

Ayoun Moussa Coal Fired Power Plant
Representation of the sponsor in connection with the development and financing of a 2640 MW coal fired power project to be located at Ayoun Moussa on the Sinai Peninsula, Egypt.

Sadara Petrochemical Project
Representation of the Saudi Arabian Oil Company (Saudi Aramco) in connection with the US$20 billion Sadara Chemical Project in Jubail, a joint venture with The Dow Chemical Company. The transaction included raising US$12.5 billion from multiple financing sources, including from COFACE (of France), Euler Hermes (of Germany), FIEM (of Spain), K-Exim and K-sure (both of Korea), UK Export Finance and US Ex-Im Bank, and is the largest-ever project financing in the chemicals sector. This transaction was recognised as "Project Finance & Infrastructure Deal of the Year" and "Saudi Arabia Deal of the Year" by Islamic Finance News (2014) as well as "Middle East Petrochemical Deal of the Year" by Project Finance International (2014).

Nord Stream Pipeline Project
Representation of the joint venture project company Nord Stream AG, and the sponsors in connection with the €9 billion development and financing of the Nord Stream pipeline project.

Qatalum
Representation of QatarEnergy and Hydro Aluminium AS in connection with the US$4.7 billion financing and development of a world-class aluminium smelter with initial capacity of 585,000 metric tonnes of primary aluminium per year, and facilities including a 1250 MW captive power plant, a modern casthouse, carbon plant and a new port for unloading raw materials, located in the Messaieed Industrial Area, south of Doha. 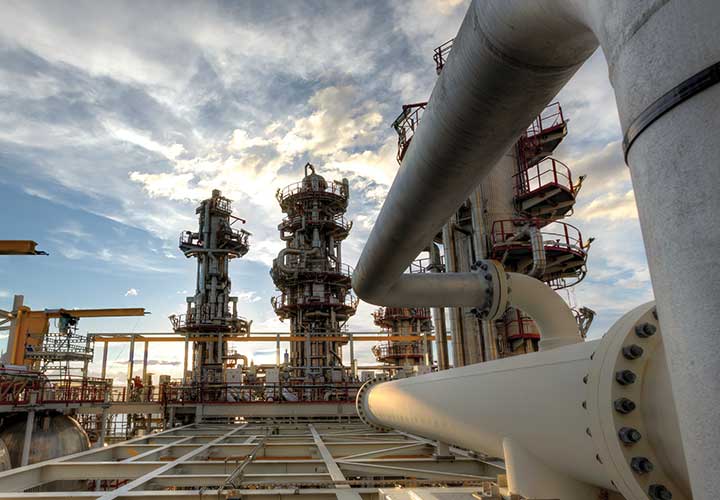 Upstream on the up?
view all