French insolvency law is undergoing a far-reaching reform, 7 years after the last major reform that came from Order No. 2014-326 of March 12, 2014. This reform is the result of Order No. 2021-1193 amending Book VI of the French Commercial Code, adopted by the Council of Ministers on Wednesday, September 15, 2021 (the Order).

The government has made the choice, for consistency purposes, to deal with these two topics in a single Order.

While the reform does not entirely disrupt the existing structure of Book VI of the French Commercial Code, significant changes, inspired in particular by foreign laws1, have profoundly modified the balance of restructuring and insolvency laws:

A number of questions remain however unanswered until the decree on the Order is published (including appeal or valuation methods admitted by the judge in the event of such appeal against the plan adopted).

Without prejudice to the date of its entry into force, the Order will still have to be ratified by the French parliament, and a draft law will thus have to be tabled by the government by January 16, 2022.
Finally, it should be noted that, in parallel with this reform of restructuring and insolvency laws, the government has reformed the substantive law applicable to security interests (Order No. 2021-1192 of September 15, 2021 reforming the law of security interests).

The main changes brought about by the Order are presented hereafter.

The binding nature of the enhanced conciliation proceedings

(a)  claims due for a maximum period of 2 years when the creditor (i) has noticed (mis en demeure) or sued the debtor, or (ii) has not accepted within the time limit set by the conciliator the request made by the latter to suspend the due date of his claim (standstill)3; and

(b)  claims not due during the entire duration of the conciliation proceedings (for a maximum of 5 months), in the case of a creditor who has not accepted to suspend the due date of his claim (standstill).

Modification of the rules for the adoption of plans

(a) compliance with the conditions laid down in Article L. 626-31 French C. com: voting by creditors in classes that represent a common economic interest, regular notification of the plan, respect of the principle of the best interest of creditors, and absence of unfair prejudice to the interests of affected parties due to the implementation of new financing

(b) approval of the Plan by a majority of classes (necessarily including a class of secured claims or a class having a higher rank than the class of unsecured creditors) or by a class "in the money" other than capital holders;

(c) compliance with the absolute priority rule (cf. below); and

(d) compliance with the rule according to which the plan shall not permit a class to receive or retain more than the total amount of its receivables or interests.

As allowed in Article 9 of the Restructuring Directive, the French government has opted for the integration of equity holders into one or several classes (if their interests are affected by the contemplated plan), at the option of the judicial administrator. This choice is not without impact on shareholders and in fact embodies a real paradigm shift in French restructuring and insolvency laws. It will make it possible to reduce the "passive" veto power of shareholders (the existing eviction mechanisms being subject to excessively restrictive implementation conditions and only being accessible in judicial reorganization). The implementation of the cross-class enforcement mechanism vis-à-vis equity holders will only be possible subject to compliance with certain additional conditions:

(a) threshold criteria: only in the case of debtors above certain thresholds, to be set by the decree to be published. The thresholds will be assessed at "group" level;

(b) no economic interest left: it is reasonable to assume that the shareholders will be "out of the money" in the event of a liquidation / disposal plan;

(c) respect of the preferential subscription rights of the shareholders; and

(d)  no forced disposal if the class(es) of equity holders refuse(s).

Consecration of two mechanisms protecting the interests of creditors:

(a) a business disposal plan (e.g., in reorganization plans) or disposal of debtor's assets (in liquidation), or

(b) a better alternative if the plan is not validated.

The pivotal rules: the preservation of significant bargaining levers to safeguard against legal reorganization

In both proceedings, the minimum annual amortization in case of a debt term out imposed by the court is now 10% of the eligible claims concerned from the 6th year of the plan, compared with 5% before the reform (the annual instalments provided for in the plan between year 3 and year 6 remain at a minimum of 5% per year). This provision is intended to strengthen the rights of creditors, as the amortization profile provided to the dissenting creditors will now have to be more progressive over the duration of the plan.

Other coordination measures and implementation of some COVID-19 measures

Duration of the proceedings

In line with one of the objectives of the Restructuring Directive, the duration of safeguard proceedings has been shortened by 6 months in order to allow for a clearer partition between safeguard and reorganization proceedings. It should be noted, however, that there is no sanction for exceeding the time limit.

The claims benefiting from the safeguard/reorganization privilege will be subject to preferential treatment in the context of a possible subsequent judicial liquidation.

The Order introduces important changes with respect to the treatment of security interests in public pre insolvency or insolvency proceedings:

(a) the prohibition, as a result of the opening judgment, of any increase of the scope of a contractual security interest or a contractual retention right, regardless of the method used, by addition, complement or transfer of assets or rights. This principle, which, according to the terms of the report to the President on the Order, is intended to facilitate business continuation, is, however, uncertain. Exceptions to this principle are provided for, in particular with respect to security assignments under Dailly law;

(b) the neutralization of the case law of the Cour de cassation relating to the treatment of the beneficiaries of a security guaranteeing the debt of a third party (sûreté pour compte de tiers) in the collective proceedings of the grantor. It was considered that, in the absence of a personal commitment by the grantor to satisfy the debt of the third party concerned, the beneficiary of a third party security was not a creditor of the grantor and was therefore not subject to the collective discipline, in particular with regard to the rule of the stay of individual proceedings. The beneficiary of a security interest granted by this debtor to secure the debt of another is now subject to this rule; and

Some other measures of relative importance should also be noted:

(a) in conciliation proceedings, the debtor's guarantor (whether a natural or legal person) may now benefit from the grace periods granted by the judge during the execution of the agreement ;

(b) the case law solution authorizing, during the 'hardening period', the substitution of security interests when the new security replaces an earlier security of an equivalent nature and basis is now enshrined in the French Commercial Code, putting an end to the legal uncertainties in this respect;

(c) the creation of a retention right (droit de retention) on the debtor's assets or rights for debts previously incurred becomes, in the same way as the creation of contractual security interests, a transaction which would fall within the scope of 'hardening periods (i.e., void by operation of law);

(d) during the 'observation period', the supervisory judge may henceforth authorize the creation of any contractual security interest. This provision replaces the existing restrictive list provided for in the French Commercial Code and thus marks an improvement in favor of creditors; and

Download PDF 'Amendment of French restructuring and insolvency laws: a new balance between stakeholders' in French

1 In particular Chapter 11 in US law concerning the cross-class cram-down mechanism, the protection of the affected parties and the dissident classes, but also German law for the establishment of classes of creditors (according to the report to the President on the Order, in accordance with the Treaty on Franco-German Integration and Cooperation of January 22, 2019 (Aix-la-Chapelle) on the convergence of Franco-German business law.)
2 Article 4.5 of the Restructuring Directive allows the transposition of the preventive restructuring framework into "one or more proceedings", whose essential characteristics recalled by the report to the President relating to the Order are (i) the application of a principle of stay of individual enforcement, (ii) the organization, with a number of derogations, of creditors in class to allow them to vote on the proposed restructuring plan and the possibility for the court to adopt a plan despite the negative vote of one or more classes: (i.e., cross-class cram-down), as well as (iii) the reference made by the Restructuring Directive to the best interest of creditors test.
3 Amendment of Article L. 611-7 French C. com allowing the grace periods of Article 1343-5 of the French Civil Code
4 i.e., parties whose rights - receivables or interest - are likely to be modified by the restructuring plan and therefore only parties having the power to decide on the draft plan.
5 Deletion of the 6-month extension ability with the agreement of the Prosecutor (procureur).
6 With an approval of the Prosecutor for the last 6 months. 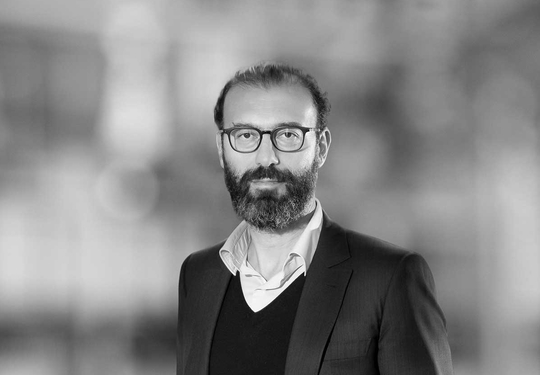 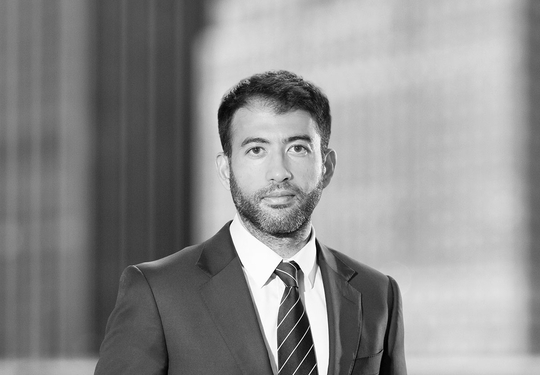 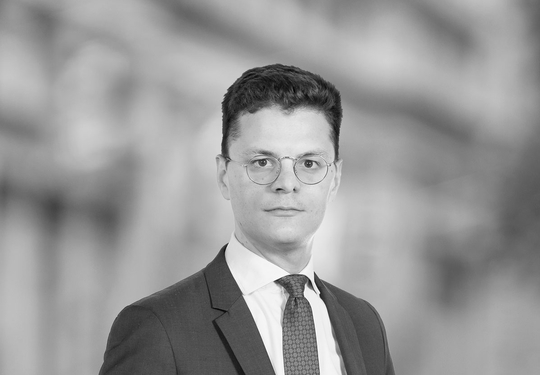 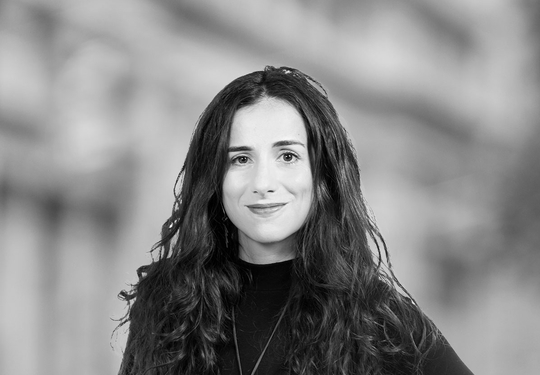