Amendments to the General Law of Commercial Companies

On February 9, 2016, the Mexican Congress approved amendments (the "Reform") to the General Law of Mexican Companies (Ley General de Sociedades Mercantiles or "LGSM") to introduce a new type of company under Mexican law: the SSC.

The Reform, which is pending to be published in the Official Federal Gazette and may become effective six months after such publication, provides for the creation of SSCs for the following purposes: (i) facilitate entry into regularity and formality; (ii) simplify the formation process for micro and small businesses; (iii) create a new corporate regime that enables the creation of sole proprietorships; (iv) establish a standardized administrative formation process; (v) establish an investment vehicle with simple formalities that suits the needs of micro and small businesses; and (vi) encourage the growth of such companies so that, in the future, they may adopt more sophisticated operating and administrative forms.

As a result of the foregoing, SSCs have the following advantages and innovations over other types of companies:

1. Flexible Formation: SSCs may be formed via the electronic system established by the Ministry of Economy (the "Electronic System") without the need to form the company before a notary public. To do so, all shareholders must have an active electronic signature (FIEL) and must have completed the application for use of the SSC corporate name before the formation of the SSC. Once formed, the Ministry of Economy shall register the corporation in the Public Registry of Commerce (the "Registry").

2. Flexibility in Decision-Making: SSC shareholder meetings may be conducted electronically, including the issuance of voting through such means (without attendance in-person). This introduction to the LGSM breaks the paradigm in Mexican law regarding the need to hold in-person meetings making way, following the recommendations previously made by the OECD in September 2015, for a modern and innovative mechanism that will facilitate decision-making through electronic means.

Despite the purpose expressed in the Reform for the creation of such corporations and the advantages and innovations reflected above, the Reform provides some disadvantages and conflicts that may arise from the introduction of SSC to the LGSM, such as: (i) elimination of the requirement to form a legal reserve, which could affect creditors and discourage entering into agreements with the SSC; (ii) the existence of a limit of total annual income and adverse consequences applicable to SSCs that exceed the latter; (iii) statutory rigidity; (iv) the attribution of liability to all shareholders for criminal acts by an individual shareholder; (v) disproportionate disclosure obligations and severe consequences for non-compliance thereof; and (vi) limitations on the participation of legal entities as shareholders, as well as prohibiting the participation of the shareholders of the SSC in any other commercial entity.

The Reform establishes different features that the SSC will have in comparison to other types of entities, such as the following:

2. Notice: For an SSC to exist it must be registered in the Registry; therefore, irregular SSCs may not exist (those not listed in the Register that have acted before third parties as an SSC).

3. Legal Reserve: SSCs will not be obligated to create a legal reserve fund (other companies must allocate annually 5% of their net profits to form such fund). Potential creditors of SSCs could be discouraged in contracting with SSCs due to the lack of this legal reserve, consequently impacting the commercial growth of SSCs.

4. Revenue Limits: The aggregate annual revenues of an SSC may not exceed $5 million pesos [1]; if such amount is exceeded, the SSC must transform itself into another type of corporation set forth under the LGSM. If the SSC does not carry out such transformation, the shareholders of the SSC will be liable to third parties, jointly and severally. It is noteworthy that under the Reform, the limit is not profit, but revenue, which is easier to reach. In addition, the fact that non-compliance automatically generates responsibility to the partners, carrying out the obligation to transform the company, could discourage their use (further considering that the transformation is subject to the event creditors do not oppose to such transformation; therefore, possible adverse consequences in the event the transformation is not undertaken due to third parties' actions may arise). Furthermore, the requirement to limit the revenue may discourage the generation of such revenues, if the shareholders of a SSC intend to maintain such corporate form.

5. Statutory Rigidity: The Reform stipulates as a requirement to form a SSC that the shareholders thereof must express their consent to form the company under the bylaws that the Ministry of Economy makes available via the Electronic System. Thus, contrary to what is currently set forth in the LGSM for other corporations, the will of the shareholders of SSCs to make specific agreements in their bylaws may be limited in an SSC, provided the adoption of statutory agreements not comprised within the proposal of bylaws of the Ministry of Economy would necessary require the adoption of a different corporate form.

6. Liability of Shareholders: The Reform provides that the shareholders of SSCs will be jointly and severally liable, as applicable, with the company, for the commission of punishable offenses like crimes. While this may be reasonable in the case of sole proprietorship SSCs, in the event that there are multiple shareholders and the conduct of one results in a crime, the imposition of joint and several liability to other shareholders for such conduct could lead to disputes in criminal matters, given the principle of non-application of transcendental penalties, as it would be imputing criminal responsibility to persons other than the one who committed the crime.

7. Administration of the SSC: SSCs will be managed by a sole administrator, who must be a shareholder of the company, eliminating the possibility of having a board of directors and/or administrators beyond the shareholders.

8. Disclosure obligations and new grounds for dissolution: The administrators of SSCs must publish an annual financial report of the SSC through the Electronic System; failure to do so for two consecutive years will result in the dissolution of the SSC. Such obligation seems disproportionate to the resulting dissolution of the SAS, even more so since it is unclear whether shareholders may amend such grounds for dissolution through the publication of annual reports pending publication, appearing to be a void dissolution. Additionally, agreements executed by and between a sole shareholder and the SSC shall be published in the Electronic System.

9. Sole Proprietorship and Requirements to be a Shareholder: Shareholders must be individuals and cannot simultaneously be shareholders in another type of company if such participation allows them to control such entity or its management. It shall be noted that such restriction is imposed to the SSC's shareholders, but not the SSC directly.

10. These prohibitions limit the possibility that currently formed corporations establish new businesses through this new vehicle and restrict the possibility for individuals who form an SSC to diversify their commercial activity through the creation of various companies. In addition, the consequences are unclear in the event a shareholder fails to comply with this requirement, which could generate future controversies.

11. Actual time required to form an SSC: Despite the provisions in the introduction of this Alert, given that a requirement to carry out the formation of an SSC is to have an electronic signature certificate, as well as request authorization from the Ministry of Economy to use the SSC designation, the formation of a company of this kind could prove not as expeditious as intended with the Reform.

In sum, it is clear that the figure of the SSC, despite being consistent with the purposes for which it intends to be created, proves extremely limited in several respects in fact and in law, which could have detrimental effects on the development of their commercial activities.

[1]—Amount to be updated annually by the Ministry of Economy. 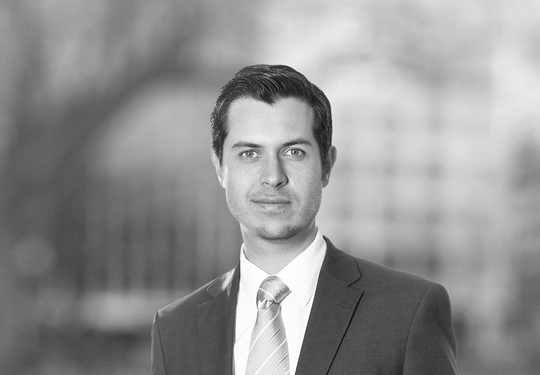