The Central Bank of Egypt ("CBE") has declared a six-month moratorium on all repayments of principal and interest under existing facilities as part of a package of relief measures the CBE has taken in response to the economic shock and disruption caused by the COVID-19 outbreak (the "Outbreak"). The issuance of the moratorium is an unprecedented step taken by the CBE. We examine its implications below.

The CBE issued a circular on 16 March 2020 declaring a general moratorium on all repayments of principal and interest due to banks from any borrower under existing facilities for a period of six months, without the application of any default interest or fees (the "Directive").

The Directive applies to all banks subject to the CBE's regulation and oversight, i.e. those registered with the CBE for conducting banking financial services in Egypt (including the Egyptian branch offices of foreign banks). The Directive does not apply to the nonbanking financial services sector, which includes, amongst others, microfinancing, factoring and financial leasing companies, which fall under the regulation of the Egyptian Financial Regulatory Authority.

Where a foreign financial institution is not registered with the CBE and does not have an Egyptian branch which is so registered, any loans it provides to an Egyptian incorporated borrower, would not be subject to the Directive.

The Directive refers to the beneficiaries of the moratorium as the banks' "clients" and does not distinguish between local and foreign borrowers. Therefore, a borrower of a CBE regulated bank will benefit from the moratorium regardless of its jurisdiction of incorporation.

The Directive applies to:

The Directive does not distinguish between types of facilities provided to corporates, nor to the governing law of their facility agreements. As such, the Directive would generally apply to any existing facility provided by a CBE regulated bank regardless of its type or governing law.'

The Directive provides for a suspension of interest payments; however, does not suspend the accrual of any such interest. In fact, the Directive stipulates that interest should continue to accrue normally in accordance with the terms of the relevant facility agreement and be repayable after the moratorium period.

The Directive does not specify how such repayment will occur; whether (i) as a bullet repayment at the end of the moratorium period, or (ii) interest accrued during the moratorium period would be capitalised with the principal outstanding and repaid over the extended period of the facility after the expiry of the moratorium. The technicalities of the repayment of the interest is the subject of significant discussion in the Egyptian banking sector and may be further clarified by the CBE in upcoming circulars. As far as we are aware, most of the Egyptian banks are pushing for the interest accrued during the moratorium to be paid as a bullet payment at the end of the six months period, but this is yet to be confirmed.

Issues that may face syndicated loans

Various Development Finance Institutions ("DFIs") and International Finance Institutions ("IFIs") are active in the Egyptian lending market whilst not falling under the regulation of the CBE. Such DFIs and/or IFIs, by virtue of their constitutional documents, are not subject to the Directive and do not have to abide by the moratorium. However, some of these DFIs/IFIs have announced that they are planning to implement and/or are implementing certain relief measures to assist their clients globally. These relief measures include providing financing facilities for use in response to the Outbreak, the restructuring of existing loans, and postponing repayments of the principal and interest due under existing loans. We briefly set out some of the announced actions of such entities below.

The European Bank for Reconstruction and Development ("EBRD") has so far made available:

EBRD has also announced that it will assess the need to restructure existing loans, including the possibility of extending their maturity dates and amending other conditions. EBRD further announced that it would capitalise on its ability to disburse in local currency, including by possibly converting existing facilities into local currency. We expect further releases from EBRD in this respect.

IFC has stated that keeping companies solvent is key to saving jobs and thereby limiting the economic damage. We expect further releases from IFC in this respect. In addition to providing US$14 billion in emergency financing, WBG and the International Monetary Fund announced on 25- March:

EIB also highlighted that SMEs need banks to provide them with extended credit holidays and grace periods for both capital and interest payments on existing financial commitments. We await further updates from EIB on these developments.

In addition, the Economic Commission for Africa reported that at a meeting of African Finance Ministers, which took place in Addis Ababa on 23 March, the Ministers agreed the following in order to support the private sector:

We are monitoring any measures taken by the Africa Finance Corporation as a result of this announcement. 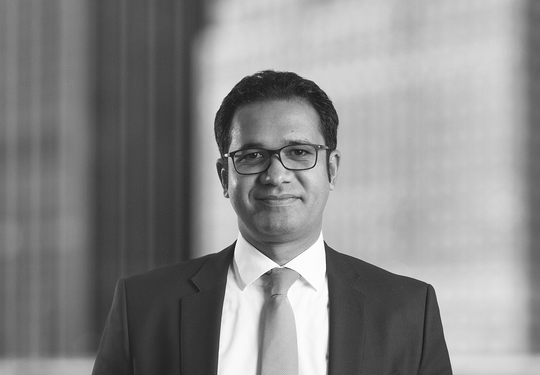