The Vertical Block Exemption Regulation (VBER) is at the heart of the antitrust assessment of many distribution agreements and other types of vertical arrangements. In force for more than 10 years already, the current VBER will expire on May 31, 2022.

After the completion of a two-year evaluation phase that generally confirmed the VBER's great success (see the Staff Working Document and Summary for details), the European Commission (Commission) has now initiated the second step in its review process, the so-called impact assessment phase. In this phase, the Commission now presents options to address the VBER's perceived shortcomings that were identified in the evaluation phase.

Online sales are generally considered a form of passive sales (i.e., responding to unsolicited sales from customers), and restrictions of online sales are generally treated as hardcore restrictions, making the VBER inapplicable to the entire vertical agreement at issue. The VBER also treats certain indirect measures restricting online sales as hardcore restrictions. The most prominent examples include (1) so-called dual pricing (requesting a higher sell-in price for products that are re-sold to end customers online) and (2) imposing criteria for online sales that are not overall equivalent to those required for offline ("brick-and-mortar") sales. The rise of online sales has made it increasingly difficult for manufacturers to incentivize investments in physical points of sale (including presentation, staff, service, etc.) without being able to compensate the distributor properly for its efforts (in particular through lower sell-in prices for products sold through "brick-and-mortar" stores – given that lump sum payments for offline sales efforts that are generally permissible are very tricky to calculate and set at the appropriate level). In addition, the inherent differences between online and "brick-and-mortar" sales, there is a significant legal uncertainty under what conditions the criteria for online sales are "equivalent. The Commission proposes the following two options to address these shortcomings:

The current VBER also applies where a manufacturer sells its goods both directly to end customers and through independent distributors (despite the fact that the manufacturer and the independent distributors are technically competitors at the retail level). The rise of online sales – in particular through manufacturers’ own online shops – has resulted in a significant increase of such instances of dual distribution. The Commission has identified "a risk of exempting vertical agreements, where horizontal concerns are no longer negligible", and a potential gap because the current VBER does not extend to dual distribution by wholesalers and importers who often fulfil a similar role as manufacturers. To remedy these issues, the Commission is proposing three options (which may also be combined):

Parity obligations – which have recently been the subject of a plethora of (diverging) national competition authority and court decisions concerning such clauses used by booking platforms – require an enterprise to offer its contracting party the same or better conditions as on other outlets (be it other platforms or any other sales channel). Parity clauses are not considered hardcore or "grey"1 restraints and therefore generally exempted under the VBER. To reflect the increased use of parity clauses, and anti-competitive effects identified by national competition authorities, the Commission proposes the following options:

In addition, the Commission intends to clarify the situations under which resale price maintenance – a hardcore restriction under the current VBER – may be justified by efficiencies, and to allow for automatically renewing non-compete obligations to the extent the buyer can periodically terminate or renegotiate the agreement. Without addressing the means in detail, the Commission further notes that the revision will also incorporate the recent case law, fill any gaps that novel business models have created (including restrictions on the use of price comparison websites, online advertising restrictions, and the treatment of platforms), and also consider issues in relation to agreements pursuing sustainability objectives in pursuit of the European Green Deal.

Although the Commission’s concrete proposals are still at a very early stage, they provide a first sneak peek at what the future may hold for distribution agreements. In particular, the proposed changes regarding the treatment of indirect measures restricting online sales suggest a much welcomed step away from treating online sales as the "holy grail" of distribution. Other proposals, however, do not seem to reflect the true need for reform. For example, limiting only active sales to non-authorized distributors in a selective territory will not yield any positive results as long as unsolicited orders may still be fulfilled.

However, nothing is set in stone yet. The current inception impact assessment is just a very first glance at the way ahead. Following the inception impact assessment (the deadline for feedback is November 20, 2020), the Commission intends to launch an open public consultation (towards the end of 2020) and a targeted consultation of consumer organizations. The Commission will then publish a draft version of the revised VBER and Vertical Guidelines in 2021. The adoption of the revised VBER is planned for the second quarter of 2022 – in time to replace the outgoing version.

1 "Grey" restraints are those listed under Article 5 VBER (e.g., non-compete agreements exceeding five years) that are not exempted but (different from hardcore restrictions) do not affect the exemption of the remainder of the agreement. 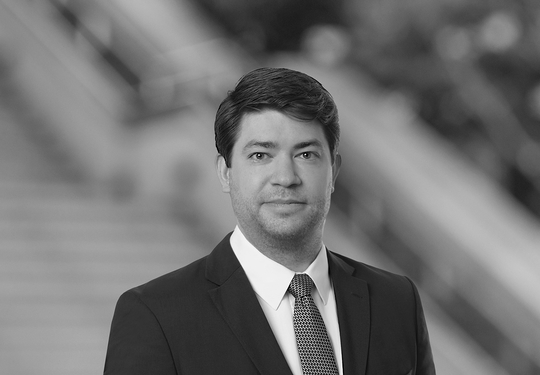