Recent Developments in the Application of US Risk Retention to CLOs

On February 9, 2018, the United States Court of Appeals for the District of Columbia Circuit (the "DC Circuit Court") issued an opinion addressing Section 941 of the Dodd-Frank Wall Street Reform and Consumer Protection Act (the "Dodd-Frank Act")1 and the credit risk retention rules applicable to issuances of asset-backed securities (the "Risk Retention Rules")2 promulgated thereunder. The DC Circuit Court held that the Risk Retention Rules do not apply to investment managers ("CLO Managers") of open-market collateralized loan obligations ("CLOs"). 3 The case was heard by the DC Circuit Court on appeal by the Loan Syndications and Trading Association (the "LSTA") of the decision from the United States District Court for the District of Columbia (the "District Court"). As a result of the decision, the ruling of the District Court was overturned and the District Court was instructed to grant summary judgement in favor of the LSTA.

How did the decision come to the DC Circuit Court?

When promulgating the Risk Retention Rules, the Securities and Exchange Commission and the Board of Governors of the Federal Reserve System, among other federal agencies (collectively, the "Agencies"), imposed credit risk retention requirements described in the Dodd-Frank Act on CLO Managers, despite significant industrywide pushback indicating that their approach overstepped the Agencies' legislative authority. The LSTA filed suit in the District Court arguing that the Agencies' interpretation was an unreasonable expansion of Section 941 of the Dodd-Frank Act. The District Court sided with the Agencies and granted summary judgment to the Agencies, finding that the Agencies could reasonably treat CLO Managers as being subject to Section 941 of the DoddFrank Act. The LSTA appealed the decision to the DC Circuit Court, arguing that the District Court made a mistake in interpreting the law and that a plain language interpretation of Section 941 should prevail.

What is the foundation of the legal argument?

Does this mean the law is invalidated as it applies to CLO Managers?

Not just yet; the Agencies have a right to request an appeal of the DC Circuit Court's opinion and ask for the opinion to be overturned. The law is thus still "on the books."

What is the timing of the appeal process?

Under appealable District of Columbia rules, the Agencies have 45 days to appeal the decision of the DC Circuit Court and request an en banc hearing. The Agencies also have 90 days from the entry of a judgement to request a writ of certiorari to the Supreme Court. In both cases, the Agencies do not have a right to have the appeal heard. For the DC Circuit Court, a rehearing en banc is not favored and ordinarily will not be ordered outside of two circumstances4 that do not appear to apply here. In the case of the Supreme Court, receiving a writ of certiorari is the exception and not the rule.

If the decision of the DC Circuit Court is not appealed and the Agencies do not otherwise indicate that they will not appeal, we believe the District Court will likely issue its summary judgment in favor of the LSTA shortly after the 45-day appeal window passes.

What is the likelihood of the DC Circuit Court's decision being overturned?

What should we do during the appeals process?

While we believe the DC Circuit Court's conclusion will ultimately remain the law of the land, there is a practical problem in the short term. Until there is absolute certainty that the DC Circuit Court's opinion will not be overturned, a securities offering that fails to comply with the Risk Retention Rules poses a risk to both the CLO Manager and the investment bank distributing the securities.

Can a CLO Manager's organization sell securities from transactions that have closed already?

Before selling securities purchased as retention interests in previously closed transactions, CLO Managers should consider both (1) the likelihood of the DC Circuit Court's decision being overturned and (2) the information previously disclosed to investors in the related transaction (as well as any contractual undertakings in respect of a retention interest held in a previously closed transaction). The first consideration will no longer be applicable if the judgment of the DC Circuit Court is not appealed prior to the expiration of the appeal window. The second consideration is more fact-specific. To the extent offering materials induced investors to rely upon the CLO Manager's (or its majority-owned affiliate's) investment in the CLO, a CLO Manager should make an assessment as to whether selling all or any portion of a retention interest would materially conflict with the disclosure in the offering materials for the transaction. In some cases, CLO Managers may have entered into a covenant to retain a retention interest beyond the period at which a disposition of such retention interest would be permitted under law. Such contractual restrictions should also be considered prior to any sale.

How does the DC Circuit Court's Opinion impact my Crescent refinanced deals?

What is the effect on US/EU dual compliant CLO transactions?

The DC Circuit Court's opinion only applies to the Risk Retention Rules for open-market CLOs. The risk retention regime in the European Union (and in the United Kingdom following Brexit) is not affected by the judgment of the DC Circuit Court. In addition, the documentation for many transactions structured to comply with the European Union rules requires a CLO Manager or other entities to retain retention interests issued by the issuing entity. Therefore, contractual provisions may require a CLO Manager or another party to maintain ownership of a portion of the securities issued in a CLO transaction. As the DC Circuit Court opinion does not invalidate, or relieve a party from compliance with, any contractual provisions, entities that have contracted to hold securities will continue to be bound by those contractual provisions.

What is an "open-market CLO"?

The DC Circuit Court's opinion is limited to open-market CLOs, which it described as CLOs that "…acquire their assets from, as the name implies, arms-length negotiations and trading on an open market." For most broadlysyndicated CLOs, the articulated standard should be easily met. For European compliant transactions relying on the "originator-manager" structure, however, the organization will need to consider whether that structure would cause the transaction in question to no longer qualify as an open-market CLO for purposes of US law.

Is the decision product specific to CLOs?

This question likely will come up from time to time, including for CLOs that have a bond bucket (e.g. European CLOs issued into the United States and certain US CLOs that are not structured to be loan securitizations). While the holding of the decision only applied to open-market CLOs, the reasoning of the case focuses on the activity of the CLO Manager in selecting the assets and not the type of assets underlying the CLO. In addition, in dismissing the Agencies concerns over the creation of a loophole for "CDO squared deals", the DC Circuit Court dismissed the Agencies argument and noted that "any CLO6 so constituted must, by definition, have acquired the [asset back securities] in open-market purchases at the direction of the investors." This statement indicates that a bond may be included in a transaction and that the decision likely applies to any structure where a collateral manager selects the assets on the open-market.

Does the ruling apply to balance sheet CLOs7 or those who originate the loans for the CLO?

What can the Agencies do under their US risk retention rule-making authority?

The DC Circuit Court's opinion held that the Agencies lacked Congressional authorization to impose credit risk retention upon CLO Managers. We do not believe that the Agencies will use their rule-making authority to circumvent the DC Circuit Court's holding and attempt to impose credit risk retention under Section 941 of the Dodd-Frank Act on CLO Managers in a different manner.

1 The Dodd-Frank Wall Street Reform and Consumer Protection Act, Pub. L. No. 111-203, 124 Stat. 1376 (2010).
2 Credit Risk Retention Rule, 79 Fed. Reg. 77,601 (Dec. 24, 2014).
3 The DC Circuit Court defined open-market CLOs as CLOs that "acquire their assets from, as the name implies, armslength negotiations and trading on an open market."
4 These circumstances include (1) the panel decision conflicts with a decision of the Supreme Court or the DC Circuit Court and en banc consideration is necessary for maintaining uniformity of the court’s decisions and (2) the proceeding involves a question of exceptional importance (e.g. the panel decision conflicts with a decision of a sister circuit).
5 The Response of the Office of Structured Finance of the Division of Corporation Finance of the Securities and Exchange Commission, dated July 17, 2015, with regards to the letter of Crescent Capital Group LP (the “Crescent No-Action Letter”).
6 While the DC District Court used “CLO” here, based on the surrounding context, we believe they meant to say "CDO."
7 The DC Circuit Court defined balance sheet CLOs as those that are “usually created, directly or indirectly, by the originators or original holders of the underlying loans to transfer the loans off their balance sheets and into a securitization vehicle.” 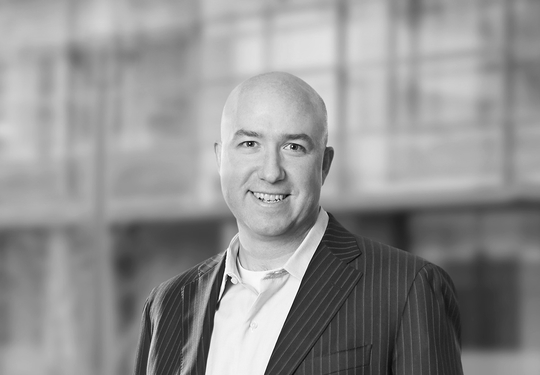 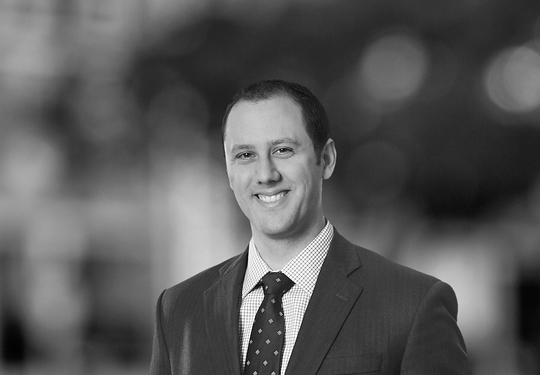