Criminal Liability of Arbitrators Repealed in the UAE

The United Arab Emirates have repealed the potential criminal liability for arbitrators under the controversial Article 257 of the UAE Penal Code.

Arbitration in the UAE has developed considerably over the past 20 years, with the UAE establishing itself as a leading hub for arbitration in the region. The 2016 amendment to the UAE Penal Code provided for potential criminal liability for arbitrators, threatening to undermine the arbitration landscape of the UAE. However, the recent amendment to the UAE Penal Code has resolved this controversy, helping the UAE to realise its potential to become a major international arbitration hub.

A History: Article 257 of the UAE Penal Code

"Anyone who issues a decision, expresses an opinion, submits a report, presents a case or proves an incident in favour of or against a person, in contravention of the requirements of the duty of neutrality and integrity, while acting in his capacity as an arbitrator, expert, translator or fact finder appointed by an administrative or judicial authority or selected by the parties, shall be punished by temporary imprisonment.

he aforesaid categories of persons shall be barred assuming once again the responsibilities with which they were tasked in the first instance, and shall be subject to the provisions of Article 255 of this law", (unofficial translation),

thereby introducing potential criminal liability for arbitrators in the UAE. The intention of this amendment was well-founded, as it sought to group arbitrators with court appointed experts and translators in ensuring they conducted themselves in an unbiased manner. However, this created a risk for arbitrators who could be potentially imprisoned if an allegation of bias was made against them.

The investigation process regarding an allegation of bias could take a number of years, during which the arbitrator would be required to surrender his/her passport. This uncertainty coupled with the potential damage to reputation, resulted in arbitrators withdrawing from existing appointments, refusing to accept new appointments in the UAE, and legal practitioners advising their clients to move the seats/places of arbitrations from the UAE to other jurisdictions.

The Amendment to Article 257 of the UAE Penal Code – repeal of criminal liability for arbitrators?

In October 2018, the UAE amended its Penal Code, with the new wording of Article 257 stating that:

"Any person who, while acting in the capacity of an expert, translator or investigator appointed by a judicial authority in a civil or criminal case, or appointed by an administrative authority, confirms a matter contrary to what is true and misrepresents that matter while knowing the truth about it, shall be sentenced to imprisonment for a minimum term of a year and a maximum term of five years. The punishment shall be temporary imprisonment if the mentioned individuals were assigned to mandate in relation to a felony."

This amendment clarifies the application of Article 257, stating that, instead of applying to "anyone who issues a decision, expresses an opinion, submits a report, presents a case or proves an incident", it applies only to "any person who, while acting in the capacity of an expert, translator or investigator appointed by a judicial authority in a civil or criminal case, or appointed by an administrative authority" (emphasis added), thus carving out arbitrators, arbitration experts and arbitration proceedings from the application of the Article 257.

The amendment to Article 257 of the UAE Penal Code and the recent adoption of the new UAE Arbitration Law are cementing the UAE’s status as a leading international arbitration hub and providing further security to investors.

Ivan Philippov, a trainee solicitor at White & Case, assisted in the development of this publication 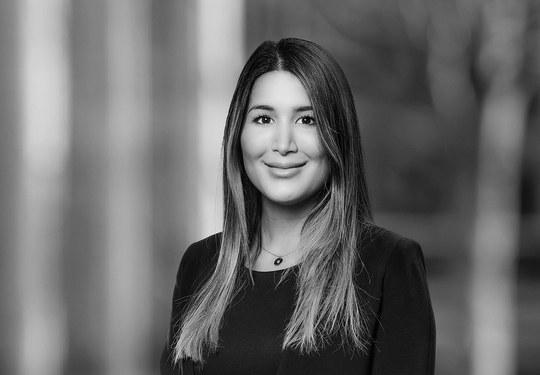