Reaffirming the importance of deal price in appraisal proceedings involving wellshopped transactions, the Delaware Supreme Court reversed the 2016 Chancery Court decision which held that Michael Dell and Silver Lake Partners had underpaid in connection with their 2013 US$24.9 billion buyout of Dell Inc. The Supreme Court found that the Chancery Court erred in not attributing any weight to the deal price which, in fact, "deserved heavy, if not dispositive, weight." The decision should provide comfort to deal makers that a deal price determined following a thorough sales process will be an important factor in appraisal valuations by Delaware courts.

Following the 2013 buyout of Dell, certain stockholders exercised appraisal rights and sought to have the fair value of their shares appraised by the Chancery Court. After a four-day trial, the Chancery Court held that, in this particular case, deal value was an unreliable measure of fair value. First, all of the main bidders in the sale process were financial sponsors using a leveraged buyout pricing model. The Chancery Court found that the deal price achieved following this process may not accurately reflect the company's fair value because financial sponsors are more focused on obtaining a desirable internal rate of return than paying the fair value for the company in question. Second, the Chancery Court found that analysts of and investors in Dell's stock focused on Dell's short-term results, creating a downward valuation gap with respect to Dell's stock price. Finally, the Chancery Court concluded that there was limited pre-signing competition during the sale process and structural deficiencies in the go-shop process, which, coupled with the deal's structure as a management buyout, depressed the ultimate deal price. In reaching its conclusion as to the fair value of Dell, the Chancery Court gave no weight to the deal price and instead conducted its own discounted cash flow analysis and determined that the fair value of Dell was $17.62 per share, $3.87 per share more than was paid in the 2013 buyout.

First, the Supreme Court found that there was no valid basis to conclude that a valuation gap existed with respect to Dell's pre-deal public trading price, as the stock "had a deep public float," was widely covered by analysts, was actively traded, "lacked a controlling stockholder" and frequently reacted to company-related developments. Furthermore, there was no evidence that investors or analysts were only focused on short-term profits. Rather, the Supreme Court found that all potential investors were concerned about "the future of the PC industry and the prospects of Dell's long-term turnaround strategy."

Third, the Supreme Court was not persuaded by the Chancery Court's assertion of structural deficiencies in the go-shop process, noting that three parties gained "Excluded Party" status, which would result in a lower termination fee if Dell chose to forego the Silver Lake deal. The Supreme Court also found the Chancery Court's concerns about management buyouts unfounded here, as the sale process included thorough due diligence, which reduced any information asymmetry that might be present, and Michael Dell agreed to cooperate with bidders. The absence of a higher bid, the Supreme Court explained, was more likely due to the deal market already being "robust," and thus a higher bid would involve "a serious risk of overpayment." "The issue in an appraisal is not whether a negotiator has extracted the highest possible bid," the Supreme Court noted, but "[r]ather, the key inquiry is whether the dissenters got fair value and were not exploited."

To prevent creating a bright-line rule, the Supreme Court was careful to note that it was not holding that "the market is always the best indicator of value, or that it should always be granted some weight." Rather, the Supreme Court noted that the record contained compelling evidence reflecting "market efficiency, fair play, low barriers to entry, outreach to all logical buyers, and the chance for any topping bidder to have the support of Mr. Dell's own votes…." In these circumstances, the Supreme Court concluded that the Chancery Court's failure to give heavy weight to the deal price constituted an abuse of discretion.

The Supreme Court also criticized the Chancery Court's discounted cash flow analysis, explaining that when an appraisal proceeding is brought following a robust sales process, "the [Chancery Court] should be chary about imposing the hazards that always come when a law-trained judge is forced to make a point estimate of fair value based on widely divergent partisan expert testimony." According to the Supreme Court, the low number of bidders for an asset at a given price is a sign that the asset is weaker, not stronger, than it is thought to be. Additionally, the Supreme Court found that the "highly paid, well-credentialed experts" that produced DCF valuations "landed galaxies apart" in terms of value. In these circumstances, the Court found that the substantial disparity between the two opposing sides' discounted cash flow analyses suggests that more weight should be given to the deal price, and less weight should be given to discounted cash flow analyses. The Supreme Court also cited policy reasons for its decision, explaining that giving more weight to discounted cash flow analyses may cause transactional planners to abandon the mechanisms created to ensure stockholders receive the best possible value for their shares to avoid "gambling on an appraisal's battle of experts" and to "instead propose alternative routes (such as squeeze-outs) to CEOs and founders that will be less attractive for diversified investors in public companies and will likely result in going-private transactions occurring at a lower, not higher, value." Ultimately, the Supreme Court remanded the case back to the Chancery Court to either use the deal price as the appraisal value, or to determine a new fair value based on the Supreme Court's rulings and reasoning "consistent with the record and with relevant, accepted financial principles."

The Dell decision reflects that Delaware courts will place great weight on a deal price arrived at following a thorough sale process in determining the fair value of a company in an appraisal proceeding. Both private equity buyers and public company boards should find comfort that the Supreme Court has again reiterated the importance of the negotiated price in an appraisal proceeding regardless of the nature of the buyer. As the Supreme Court observed that "all disciplined buyers, both strategic and financial, have internal rates of return that they expect to achieve in exchange for taking on the large risk of a merger," deal prices in transactions involving financial sponsors should be accorded the same weight as transactions involving strategic buyers. 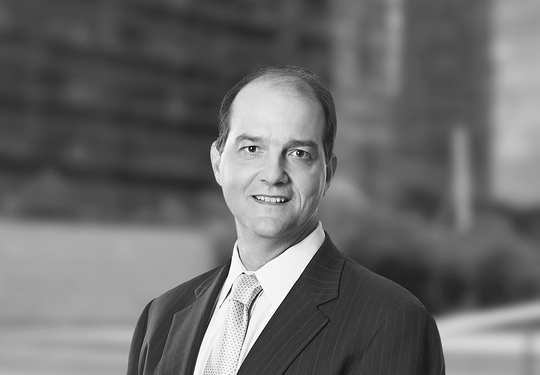