Descoping of works: what is the employer entitled to do?

Financial constraints mean that employers are often looking to descope works from major projects. But how feasible is this? A recent case highlights the potential implications for employers who attempt to descope works

The circumstances in which employers can omit works

Descoping of works (sometimes referred to as omissions or negative variations) involves the employer removing part or all of the works awarded to a contractor. In the recent Hong Kong case of Ipson Renovation Limited v The Incorporated Owners of Connie Towers [2016] HKCFI 2117, the employer sought to remove certain items from the contractor's lump sum scope of works (reducing the contract sum by around 13%). The project concerned the performance of important works of a structural, fire safety and public health nature to existing residential towers. The works that the employer sought to omit included significant aspects of these works. The employer also refused to make any payment to the contractor in respect of the omitted works.

The variations clause in the contract focused on the employer's right to instruct additions, variations or alterations of work items required to complete the restoration and maintenance project, and included a power to omit works. The Hong Kong Court of First Instance found that:

The extent of possible omissions

As this case demonstrates, in the absence of clear contractual wording to the contrary, employers will not be entitled to descope the entirety or a substantial proportion of a contractor's work. The rationale is that the descoping by an employer of all or a large part of the works deprives the contractor of the opportunity to make a profit on the omitted works; often the basis for the contractor's entering of the contract. Additionally, it may be considered a breach of the employer's duty of good faith to the contractor, particularly under contracts governed by civil law regimes.

However, provided the contractor benefits from a suitably-drafted variations clause that adequately compensates it for the work taken away, then opportunity exists for descoping of works.

Can an employer re-tender to alternative contractors or perform the omitted works itself?

In general, an employer may not use a power to omit work to give the work to an alternative contractor, or to perform the work itself. Such an omission may constitute a repudiation of the contract by the employer. An employer's omission of works in order to re-tender the works or perform them itself may only be effected if the contract clearly and expressly empowers the employer to do so, or if a distinct agreement is reached with the contractor to omit the work. Omissions can have negative economic effects on contractors, who may have mobilised significant resources and incurred significant costs in preparation for works that could have been used profitably elsewhere.

Variations regimes in construction contracts vary, however the FIDIC form provides something of an international benchmark for descoping of works. The provisions of the FIDIC Red Book 1999 seek to limit the employer's power to descope works, for example:

The FIDIC Red Book does not, however, otherwise seek to limit the extent of the works that can be omitted by the Employer. Any such limitations may be implied or inferred, as the Hong Kong case demonstrates, according to the facts and the governing law of the contract.

The descoping and omission of works is a topic of significant interest to employers across the world, seeking to retain flexibility over the scope of works in a project or to save money by replacing expensive contractors. However, employers should be wary of the need for clear and express terms to manage the descoping of works, and to avoid the risk of severe financial consequences or of repudiating contracts entirely.

Clauses for descoping and omissions are a common feature in standard form construction contracts. However, the employer's rights to and financial consequences of descoping vary from contract to contract. Employers must therefore undertake a close review of the wording of each relevant contractual provision before seeking to descope works. 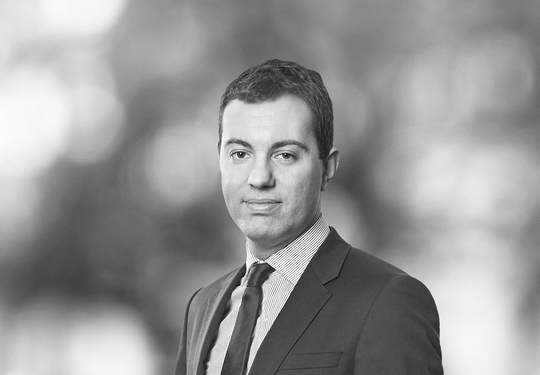