In BritNed v ABB1, the English Court of Appeal substantially reduced the UK's first award of damages in a so-called cartel damages claim brought for breach of European competition law. In so doing, the Court rejected calls for a more strict and punitive approach to damages in cartel claims. The case is an important bellwether for private follow-on damages actions in Europe.

On 2 April 2014, the European Commission adopted a decision against a number of European, Japanese and South Korean power cable manufacturers, including ABB, for infringing Article 101 of the Treaty on the Functioning of the European Union2 ("TFEU") (the "Infringement").3 The Commission's Decision concerned alleged market-sharing and customer allocation among the main producers of high-voltage underground and submarine power cables. The Infringement was said to have been in operation from 1999 to 2009.

The Claimant, BritNed, is a corporate vehicle jointly owned by National Grid and TenneT, the operators of the UK and Dutch electricity grids. BritNed owns and operates the BritNed "Interconnector", a 1,000 MW submarine electricity cable system connecting the Dutch and UK electricity grid, constructed between 2009 and 2010. ABB supplied the cable element of the undersea Interconnector to BritNed. After the European Commission found that ABB had participated in the Infringement, BritNed brought private follow-on competition damages proceedings in the English High Court against ABB for breach of Article 101(1) of the TFEU.4

BritNed claimed that the Infringement had caused it to suffer loss and damage of approximately €180 million, which it claimed under three heads:

After a five-week trial with detailed and complex factual and expert economic evidence from the parties and their respective experts, Mr Justice Marcus Smith, the trial judge, dismissed BritNed’s Lost Profits and Compound Interest claims. There was no evidence that absent the Infringement, BritNed would have opted for a higher capacity cable and the Compound Interest claim was considered "unarguable". The judge did, however, order ABB to pay BritNed just over €15 million plus simple interest in respect of the Overcharge claim (a small fraction of the €180 million of damages claimed by BritNed).

Despite the Court's finding that there was no overcharge by ABB, the judge found that BritNed suffered loss indirectly through c. €7.5 million worth of increased cable costs that the judge considered had been passed on to it by ABB (attributable to the excessive copper content of the cabling – a so-called "baked-in inefficiency" in cable design that the judge considered to be a byproduct of the Infringement).5 The judge also awarded €5.5 million to BritNed for common costs he considered ABB saved as a result of ABB not having to compete with its alleged co-infringers (ABB’s so-called "cartel savings").

Further to his first judgment, Mr Justice Marcus Smith asked BritNed to provide an undertaking6 to treat the damages for the Overcharge claim as if they were subject to the "regulatory cap" on BritNed's internal rate of return to which BritNed was subject7 in order to avoid over-compensating it (the "Regulatory Cap Issue"). BritNed declined to provide that undertaking. Accordingly, the judge reduced by 10% BritNed's award of damages in a second judgment to address the risk of over-compensation.

Remarkably, this was the first case in which private follow-on damages have been awarded by an English court after a trial for a European competition law infringement, i.e., infringement of Article 101(1) TFEU. Unsurprisingly, both BritNed and ABB appealed the judge's decision to the English Court of Appeal. Broadly speaking, BritNed sought (i) an increase in the damages awarded in respect of the Overcharge claim; (ii) to overturn the judge's decision to dismiss the Lost Profits claim; and (iii) to challenge the judge's approach to the Regulatory Cap Issue that saw a reduction in damages awarded to BritNed of 10%. ABB sought to challenge the €5.5 million award made by Mr Justice Marcus Smith in relation to the so-called "cartel-savings".

The English Court of Appeal's decision

In summary, the English Court of Appeal found that – in accordance with general principles of English law – damages can only be awarded on a compensatory basis (not a punitive basis) and the burden of proof falls on the claimant. The position in relation to follow-on damages in competition cases is no different and the Court confirmed that "[t]here is nothing in the EU jurisprudence which suggests that damages in a follow-on case should be other than compensatory."8 This is welcome confirmation of the principles that apply to such antitrust law follow-on cases in Europe, notwithstanding attempts by claimants to argue that different standards should apply in cartel cases (and other cases involving infringements of competition law).

In respect of BritNed’s appeals, the English Court of Appeal found that Mr Justice Marcus Smith did not err in his approach to assessing a competitive price for the project. Further, there were no grounds for interfering with the judge's approach to assessing the Overcharge. As to the Lost Profits claim, the judge’s finding that if the Infringement had not occurred, BritNed would not have made a different decision in relation to the capacity of cable which it bought was "unassailable".

As to the Regulatory Cap Issue, the Court endorsed the judge's approach in light of BritNed’s refusal to provide the undertaking requested. Mr Justice Marcus Smith was right to assess damages taking into account inherent uncertainties and the risk of over-compensation and make the deductions he did.

The English Court of Appeal found that an award of damages by the High Court judge based on savings ABB was said to have made, rather than loss suffered by BritNed as a result of having paid a price that was inflated by the Infringement, was based on an error of law and had to be set aside. There was no evidence before Mr Justice Marcus Smith about the way in which so-called "cartel savings" correlated with prices in order to translate a benefit to ABB into a loss to BritNed for which it was entitled to compensation.

The English Court of Appeal ruled that damages are compensatory only and must be based on the loss suffered by BritNed. To maintain the award of damages for so-called "cartel savings" would require damages to "not only be restitutionary and punitive, as well as compensatory and deterrent,"but also not to "bear any particular causal relation to the transaction in question."9

BritNed serves as a timely reminder that breaches of competition law based on a finding of infringement by object, rather than by effect, do not necessarily lead to deliberate overcharge to customers. Claimants have significant obstacles to overcome to prove the enormous losses routinely alleged in competition claims. In the present case, BritNed’s principal damages award of €7.5 million represents approximately 4% of the €180 million of damages it claimed, and less than 2.7% of the value of the final contract.10 For defendants, it is clear that the English Courts are willing to award damages for unintentional cost inefficiencies arising from infringements if they are passed on to customers.

As for the Court’s approach to damages more generally, the English Court of Appeal rejected outright BritNed's submissions that the Court of Justice of the European Union11 had, in Skanska12, recognised "the punitive rationale behind compensation"for cartel damages claims.13 Damages for cartel claims in the UK remain compensatory, not punitive.

Further, much recent discussion has centred on the impact of the EU Damages Directive on private damages actions, and in particular the presumption of harm prescribed by the Directive.14 In the present case, the English Court of Appeal found that the judge was correct in his analysis that the presumption of harm provided for in the Damages Directive was not applicable,15 and in any event shared the judge's view that "it is hard to see how such a presumption could have assisted BritNed, given the need for its loss to be quantified and the generous approach adopted by English law to difficulties of proof in such a context".16 Ultimately, the burden of proof lies on the claimant to establish that it has suffered loss, and the quantum of that loss. The claimant may benefit under English law from the application of the "broad axe" principle to awarding damages if there are difficulties in proving the quantum of the claim, but there is no presumption of harm and no reversal in the burden of proof requiring the defendant to establish that the price would have been the same absent an infringement.

1 BritNed Development Limited v ABB AB and ABB Limited [2019] EWCA Civ 1840.
2 Article 101(1) TFEU prohibits specified forms of conduct by undertakings which (a) may affect trade between Member States, and (b) have as their object or effect the prevention, restriction or distortion of competition within the internal market.
3 A number of the addressees of the Commission's Decision have appeals pending.
4 As a matter of domestic English law, it has been the law since the House of Lords' decision in Garden Cottage Foods Limited v Milk Marketing Board [1984] 1 AC 130 that certain breaches of Articles 101 and 102 TFEU give rise to a civil cause of action in England for damages for breach of statutory duty by a private individual.
5 Put simply, ABB was allegedly able to tender an inefficient (or less efficient) project design in the absence of competition from other more efficient competitors’ designs. See paragraph 241 of the Court of Appeal’s judgment.
6 An undertaking is a binding promise made to the Court which carries consequences if breached.
7 The Regulatory Cap is a reference to a cap on BritNed’s profits imposed as a result of the combination of: (i) Regulation (EC) No. 1228/2003 which is concerned with the conditions for access to the network for cross-border exchanges in electricity; (ii) Directive 2003/54/EC concerning common rules for the internal market; (iii) the domestic provisions by which articles 20 and 23 of Directive 2003/54/EC were implemented in UK and Dutch law; and (iv) a 25 year exemption from article 6(6) of Regulation (EC) No. 1228/2003 which was granted to BritNed by the UK Office of Gas and Electricity Markets and the Dutch Minister of Economic Affairs in June and July 2007 (as modified). See paragraph 191 of the Court of Appeal's judgment.
8 See paragraph 50 of the Court of Appeal's judgment.
9 See paragraph 239 of the Court of Appeal's judgment.
10 Based on a contract price of €280,749,582.72 and a damages award of €7,516,639 (see paragraph 89 of the Court of Appeal’s judgment).
11 The CJEU is the chief judicial authority of the European Union.
12 See decision of the Second Chamber of the CJEU in Case C-724/17, Vantaan kaupunki v Skanska Industrial Solutions Oy, and Others.
13 See paragraph 50 of the Court of Appeal's judgment.
14 See Article 17(2) of Directive 2014/104/EU.
15 It was common ground for temporal reasons that the EU Damages Directive (and the implementing amendments to the Competition Act 1998) were not applicable. BritNed argued, however, that the EU law principle of "effectiveness" achieved the same result (i.e. a presumption of harm).
16 See paragraph 42 of the Court of Appeal's judgment. 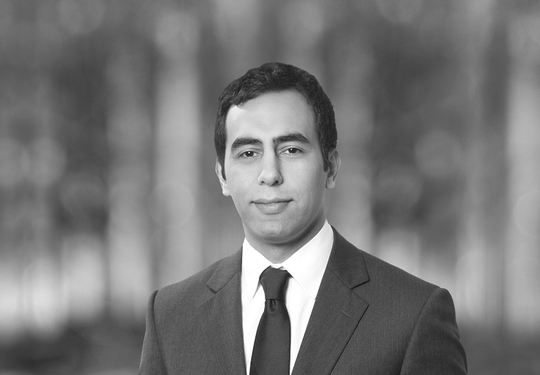