The United States Environmental Protection Agency’s (the "EPA's") October 10, 2017, proposed repeal of the Clean Power Plan (the "CPP") will hinder prior federal efforts under the Obama Administration to curb greenhouse gas emissions. The CPP would have regulated greenhouse gas emissions from existing coal, oil and natural gas-fired power plants, but would have mainly impacted existing coal power plants. The CPP repeal proposal will now go through a public comment period, which could take months. Environmental groups and some states have announced that they plan to challenge the CPP repeal proposal in court. Meanwhile, state and local efforts to mitigate greenhouse gas emissions and adapt to the adverse impacts of climate change will continue, in spite of the EPA's decision to repeal the CPP.

The EPA's repeal proposal hinges on the agency's new interpretation of Section 111(d) of the Clean Air Act, under which the CPP was promulgated by the Obama Administration’s EPA. The CPP set greenhouse gas emissions limits and then required each state to submit a plan on how it will meet those limits. Each state then had an opportunity to create its own tailored plan to meet the emissions limits. For example, states could choose to require a coal plant owner to purchase emissions credits or to provide energy that results in lower greenhouse gas emissions, which would likely result in such an owner shuttering its coal plant and perhaps providing energy via another facility, e.g., a gas-fired or renewable source.

The Trump Administration's EPA argues in its repeal proposal that the CPP, as drafted by the Obama Administration's EPA, exceeds the agency's statutory authority under Section 111(d) of the Clean Air Act by requiring power generators to change their energy portfolios through "generation-shifting (rather than better equipping or operating their existing plants), including through the creation or subsidization of … solar and wind energy," i.e., because it regulates at the grid level as opposed to the source level. This is the same primary argument previously used to challenge the CPP in court. This issue has yet to be decided on by the DC Circuit Court of Appeals. The US Supreme Court stayed implementation of the CPP in February 2016 following legal challenges to the plan.

The repeal of the CPP follows a March 2017 Executive Order by President Trump on "Promoting Energy Independence and Economic Growth," which required all agency heads to review existing regulations, guidance documents and policies that potentially burden the development or use of domestically produced energy resources and to rescind such that "unduly burden the development of domestic energy sources beyond the degree necessary to protect the public interest or otherwise comply with the law." While the EPA's CPP repeal proposal does not affect new power plants, the EPA will also consider rescinding the 2015 rule establishing New Source Performance Standards for greenhouse gas emissions from new power plants.

Despite the repeal announcement, the EPA is still required to regulate greenhouse gas emissions broadly under the EPA's 2009 "endangerment finding" that found that greenhouse gases threaten public health and welfare. However, the EPA indicates that it has not determined whether it will promulgate a new rule to regulate greenhouse gas emissions from existing power plants and, instead, it will solicit comments on regulation options. The EPA has not indicated when this solicitation of comments will occur. While some industry groups laud the EPA’s repeal announcement, others in the electricity sector favor a modest replacement rule to provide certainty and protect against a more stringent rule taking effect if there is an administration change in 2020.

Upon full implementation in 2030, the CPP was estimated by the EPA in 2015 to reduce carbon dioxide emissions from existing power plants by 32 percent below 2005 levels. In 2015, the CPP was also estimated by the EPA to result in savings of $20 billion of climate-related costs and $14 to $34 billion in health-related costs (including relating to lower rates of premature deaths, asthma attacks and hospitalizations), among other cost benefits.1 The EPA's CPP repeal proposal rejects that prior health-benefits estimate and asserts that repeal of the CPP will result in compliance cost savings to electric power producers of $33 billion.

States that currently place an emphasis on climate change mitigation and adaptation, such as California and New York, are on schedule to meet or exceed the targets set by the CPP. These states are pursuing their own climate policies, some of which include compliance with the international Paris Agreement. Some local governments have pledged to redouble their efforts to make up for a lack of US federal action. Environmental groups, some states—including New York, Illinois, and Massachusetts—and other supporters of the CPP argue that the EPA had authority to promulgate the CPP and intend to sue the EPA over the future repeal of the CPP.

EPA's proposal to withdraw the CPP can be found here 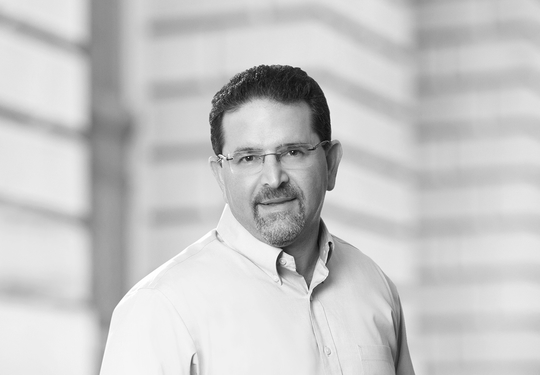