Family breeds contempt: the expansion of the tort of conspiracy by unlawful means

The recent Court of Appeal decision in the long line of Ablyazov cases (Khrapunov v JSC BTA Bank1) has given contempt of court extra steel – being in contempt can constitute "unlawful means" in a tort claim for unlawful means conspiracy. As a result, parties affected by a failure to comply with a court order can claim against not just the contemnor but also against those who were complicit in his contempt.

JSC BTA Bank has been pursuing Mukhtar Ablyazov for fraud since 2009, claiming in excess of USD 4.6 billion. Ablyazov was committed to prison in England in 2012 following breaches of a worldwide freezing order, but fled to France before he was arrested.

The defendant in this case was Ablyazov's son-in-law, Ilyas Khrapunov. Ablyazov and Khrapunov were accused of unlawfully conspiring to injure or cause financial loss to the Bank by dealing with Ablyazov's assets abroad in breach of the freezing order and a receivership order. The Bank brought a claim in unlawful means conspiracy against Khrapunov, and obtained a further worldwide freezing order in support.

Khrapunov applied to set aside the claim and the freezing order against him. On appeal, Khrapunov maintained that contempt of court could not constitute "unlawful means" and disputed the Court's jurisdiction over him at the relevant time. He lost the appeal on both fronts.

The Khrapunov decision continues the English courts' trend in unlawful means conspiracy cases of putting the conspiracy to injure at the heart of the claim.

In order to bring a claim of unlawful means conspiracy, a party must have suffered damage as a result of an understanding or combination between others who intended to cause that party injury by "unlawful means". The decision in Revenue and Customs Commissioners v Total Network SL2 marked a fundamental shift in how conspiracy claims are approached, with the courts increasingly focussing on the conspiracy to injure and seeing beyond a narrow interpretation of "unlawful means". In that case, acts that were not independently actionable (cheating the Revenue) were sufficient to qualify as "unlawful means".

However, the limits of "unlawful means" are not boundless. The decision in Digicel v Cable & Wireless3 made it clear that breach of a non-actionable, non-criminal statute did not constitute "unlawful means". Therefore, not all unlawful acts will constitute unlawfulness for the purposes of the tort of unlawful means conspiracy.

Khrapunov also showcases the jurisdictional issues that can arise in conspiracy claims with an international dimension.

Khrapunov was domiciled in Switzerland. Although Ablyazov had obtained asylum in the UK in 2011, he fled to France in 2012 after becoming aware of the committal order against him.

However, Article 5 of the Lugano Convention allows a court to exercise jurisdiction in either: (a) the place where the damage occurred; or (b) the place of the event giving rise to the damage. In Khrapunov, the Court considered it had jurisdiction under limb (b), finding that the event giving rise to the damage was the hatching of the conspiracy in England, rather than dealing with the assets abroad. The Bank had also argued that the Court had jurisdiction under limb (a) on the basis that the damage was suffered in England as this was where its chose in action – the worldwide freezing order and judgments against Ablyazov – were obtained/located and that these had been reduced in value by the alleged actions of Khrapunov. The Court rejected this argument.

The Khrapunov decision establishes a powerful tool for injured parties engaged in multi-jurisdictional litigation. Claimants should bear in mind that aiding a party to breach a freezing or other court order can now provide a further source of recourse and subsequently widen the pool of assets that can be targeted by opening up the possibility of an unlawful means conspiracy claim.

Jurisdiction may also be simpler to establish given that the Courts will look to the formation of the conspiracy itself to find a UK nexus. 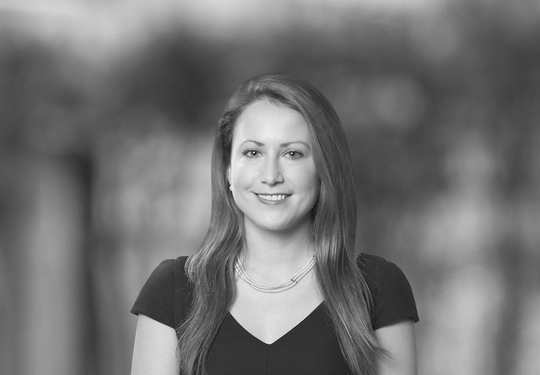