Germany’s Reaction to the Energy Crisis

Following Russia's actions in Ukraine, an energy crisis unfolds in Europe and particularly in Germany. The looming threat of Russia suspending gas deliveries to Germany, or Germany ending the procurement as part of a sanctions package, respectively, could lead to a drastic increase in energy prices and shortage in gas supply. A supply reduction is especially troublesome for Germany, as it relies heavily on Russian gas imports. Germany imports 95% of gas it requires in total and 55% of that from Russia.1 Already, some gas-reliant industrial companies in Germany have to shut down production, since the sharp increase in gas prices makes production economically unviable.2 In a worst case scenario, households and essential social services relying on gas for heating may have reduced heating capacity. Against this background, we give a brief overview of the legal background to potential implementation of emergency action (1.) and main energy policy measures (2.) initiated.

In light of the events in Ukraine and concerns over natural gas and oil supply, the EU is pushing to overhaul its energy security strategy. This is reflected in the European Commission's proposal of 8 March 2022, outlining the "REPower EU" plan to make Europe independent from Russian fossil fuels well before 2030, starting with gas.

This plan became even more urgent, when Russia announced on 23 March 2022 that it would only be accepting payments for gas imports in Russian ruble. In a joint declaration on 28 March 2022, the G7 countries rejected payment in ruble.

To keep up with the fast-paced developments, the German Federal Ministry for Economic Affairs and Climate Action (Bundesministerium für Wirtschaft und Klimaschutz, "BMWK") announced on 30 March 2022 the early warning level of the so-called Emergency Plan for Gas (Notfallplan Gas). As a consequence, the developments in the German gas market are closely observed by the German authorities in order to be prepared for potential restrictions or interruptions to gas supply.

On the European level, efforts to ensure security of supply of gas originated with the Russian-Ukrainian gas crisis of January 2009 when gas supply from Russia was disrupted.4

In order to be prepared for recurring situations, the EU passed Regulation (EU) No 994/2010, which has been replaced by Regulation (EU) 2017/1938 ("SoS Regulation").5 The Regulation aims to ensure that all the necessary measures are taken to safeguard an uninterrupted supply of gas throughout the Union.6 It especially targets the protection of household customers, customers providing essential social services and small- or medium-sized enterprises, since they are particularly vulnerable to disruptions of the gas supply.7

To achieve those aims, the SoS Regulation allows for exceptional measures to be implemented when the gas supplies required by customers can no longer be delivered and lays down security of supply standards that are sufficiently harmonised in the EU. The SoS Regulation distinguishes between three gradually intensifying crisis levels (early warning level, alert level and emergency level)8 in order to ensure a proportionate system of crisis management.9

Overall, the SoS Regulation contains requirements for the content of emergency plans to be observed by the member states when implementing the emergency plan.

As required on the EU-level, Germany implemented the German Emergency Plan for Gas (Notfallplan Gas). The Emergency Plan for Gas provides a legal framework tying together the possible measures under German law. In order to secure enforcement of the Emergency Plan for Gas, the German legislator incorporated certain provisions into existing German law. The German Energy Industry Act (Energiewirtschaftsgesetz, "EnWG"), the Act to Ensure the Supply of Energy (Energiesicherungsgesetz, "EnSiG"), and the Ordinance to Ensure the Supply of Gas in a Supply Crisis (Verordnung zur Sicherung der Gasversorgung in einer Versorgungskrise, "GasSV") therefore provide for a legal basis for authorisation to intervene.

In implementation of the SoS Regulation, the German Emergency Plan for Gas distinguishes
between three levels (early warning level, alarm level, emergency level), which provide for different measures to be taken either by the relevant market players10 or the authority. Responsible for declaring the early warning and alarm level is the BMWK. The emergency level is declared by ordinance of the German government.

At the early warning and alarm level, the relevant market player has the competence to initiate certain measures in order to overcome the supply disruptions. At the emergency level, the emergency plan allows for additional state intervention to guarantee gas supply to cover vital needs, with particular attention given to protected customers.

In the following, we will give a brief overview of the measures set forth in the German Emergency Plan for Gas distinguishing between the levels.

(i) Early warning and alert level

To guarantee the continued supply of natural gas, gas undertakings utilise market-based measures. The emergency plan provides an indicative and non-exhaustive account of such measures, without implying any specific sequence.

According to the GasSV, the Bundesnetzagentur or the states (Bundesländer) have the authority to issue instructions to companies that produce, purchase or sell gas or to consumers. The emergency plan lists examples of such instructions to be issued.12 These measures include:

According to the emergency plan, the occurrence of the individual crisis levels depends on the severity of the disruption, the anticipated economic and technical implications and the urgency of remedial action at the national level.13 The levels do not need to be declared in order of their severity. The alert or emergency level can be declared immediately depending on the severity of the disruption and the urgency and the types of measures needed to rectify the situation.

Following the above, the Bundesnetzagentur will be competent to dispatch gas load flows, and to
order measures, including shutdowns (i.e., shutting down network customers). Certain small and
household customer groups that are worthy of protection are generally privileged and cannot be shut
off (privileged customers).

Against this background, it is to be noted that there is currently no pre-determined guidance on some kind of shutdown order. The Bundesnetzagentur will rather have to take into account the state of emergency, efficiency of a shutdown to support security of supply and impact on the customer concerned. It is very likely to assume that power plants with a systematic relevance determined according to the EnWG14 would end up on the lower end of a shutdown priority list. This assumption complies with the industry association BDEW's guidelines on the ultima ratio measures as described above under (i), which treat such power plants as last but one to be interrupted, with protected customers being the last group.

In order to achieve planning certainty and a certain level of binding nature, the Bundesnetzagentur and the industry are currently working together on a more detailed plan. Among other measures, questionnaires are currently being sent out to gas customers in order to better assess the possible consequences and severity of a shutdown.

The German government has been initiating a number of policy measures over the past few weeks in order to mitigate the effects of a possible gas shortage and to reduce dependence on Russia.

One of the political measures is the initiation of measures to switch to liquefied natural gas ("LNG"). In order to achieve the conversion as quickly as possible, the German government has announced that it will push ahead with the development of LNG-terminals. The German government is in this context in particular actively promoting the resumption of the construction of LNG terminals currently in the planning phase by shortening the approval process.

Besides the (accelerated) resumption of the construction of the LNG terminals, the German Minister of Economic Affairs (Wirtschaftsminister) Robert Habeck visited both Qatar and Norway in order to address a possible procurement of LNG. In mid-March 2022, each country respectively announced a long-term partnership with Germany for LNG imports to Germany.

Furthermore, the German state-owned investment and development bank ("KfW") is providing financial support for German companies by granting short-term credit lines. Due to the sharp increase in prices on exchanges, some companies can no longer afford the increase in security deposits (so-called margin call), which they are obligated to submit.

To prevent default on the margin calls and a wave of insolvency in the energy sector, the Federal Ministry of Finance (Bundesministerium der Finanzen) plans to increase the federal government's guarantee authorisation as part of a supplementary budget. Once the supplementary budget is passed the KfW will be able to draw on a credit line in the amount of EUR 100 billion to provide financial support to the companies between February and September 2022. The mentioned information regarding the German governments plan and the KfW is publicly accessible.15

In addition, on 6 April 2022, the BMWK submitted a legislative package comprising a total of more than 500 pages ("Easter Package") to the Federal Cabinet (Bundeskabinett). The Easter Package aims to implement energy policy contents of the coalition agreement and proposes amendments to the Renewable Energy Sources Act (Erneuerbare-Energien-Gesetz), the Wind Energy at Sea Act (Windenergie-auf-See-Gesetz), the German Federal Requirements Plan Act (Bundesbedarfsplangesetz), the EnWG and other energy-related laws and ordinance. The primary goal of the Easter Package is to accelerate the expansion of renewables energies.16 In order to achieve this goal, the core of the Easter Package stipulates the principle that the use of renewable energy is in the overriding public interest (überragendes öffentliches Interesse) and serves public safety. The expansion of renewable energies on land and at sea shall be raised aiming that Germany's electricity supply will be based almost entirely on renewable energies by 2035. 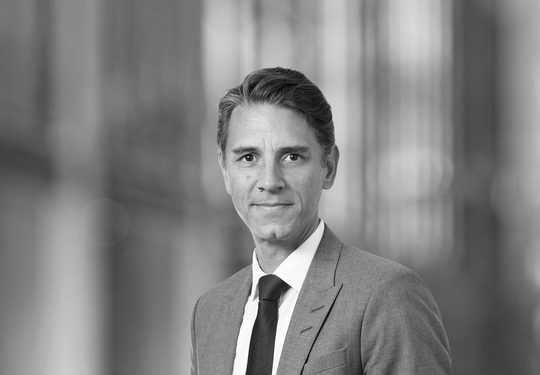 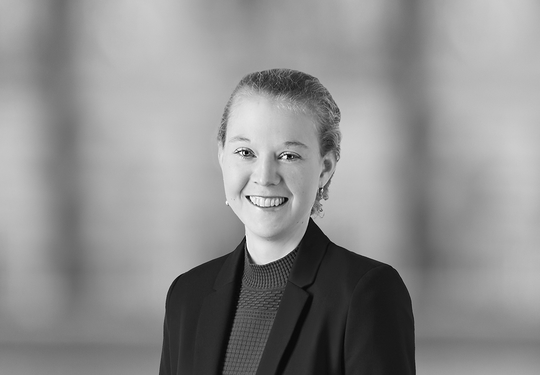