Implementation of the EU Competition Damages Directive in Belgium

The Belgian legislature has finally implemented the EU Competition Damages Directive, introducing a new framework that will facilitate injured parties in litigating their competition damages claims before the Belgian courts.

The EU Competition Damages Directive (2014/104/EU), which seeks to strengthen and harmonize the private enforcement of EU competition law before national courts across the European Union, was due to be implemented into Belgian law by 27 December 2016.

The Belgian legislature has finally implemented the EU Competition Damages Directive with the Law of 6 June 2017 (the "Competition Damages Law"). The core provisions were inserted in Title III of Book XVII of the Belgian Code of Economic Law. The rules use a single approach to claims regardless of whether they are based on an infringement of EU or national competition law.

The aim of this alert is to address the key changes that may have an impact on both claimants and defendants in competition damages claims brought before Belgian courts. Note that such claims could be initiated following an infringement decision ("follow-on damages") or as stand-alone claims.

Overview of the key changes

Cartel infringements presumed to cause harm

In view of the complexity of quantifying competition damages, the Belgian legislature has also provided that the courts may seek the assistance of the Belgian competition authority for calculation of the damages.

Effect of infringement decision by Belgian and other NCAs

In respect of a final infringement decision by the national competition authorities of other Member States, the Competition Damages Law provides that those decisions constitute prima facie evidence (begin van bewijs/début de preuve) of the infringement that, as appropriate, may be examined together with other evidence disclosed by the parties.1

Firstly, a party has the right to seek disclosure of a category of well-defined and precise evidence from a (third) party by way of a substantiated request to the court (e.g., all reports from the meetings between competitors in the period X-Y). The court must limit the disclosure of evidence to what is relevant and proportionate, taking into account the legitimate interests of all parties and third parties concerned. To the extent that the request concerns the disclosure of confidential information, there are specific rules aimed at protecting confidentiality (e.g., redacted version, non-confidential summary, or closed hearing).

Secondly, a party may request the disclosure of evidence from the competition authority's file. Certain information, however, may only be disclosed after termination of the infringement procedure (the so-called "grey list"). It is noteworthy that there is a per se prohibition on the disclosure of leniency statements and (pending) settlement submissions (the "black list").

Defendants are entitled to invoke the passing-on defense against a claim for competition damages by a claimant that has passed on the overcharge to its customers. The burden of proof relating to the passing-on of overcharges remains with the defendant.

the defendant has committed an infringement of competition law;

the infringement resulted in a price overcharge for the direct purchaser; and

Joint and several liabilities for co-infringers and specific contribution rules

The principle that co-infringers are jointly and severally liable is now codified. Co-infringers are bound to compensate the harm in full, and the injured party has the right to claim full compensation from any of the co-infringers until they have been fully compensated. The Belgian legislature has adopted a specific regime applicable to defendants qualifying as small and medium-sized enterprises ("SMEs") or as the immunity recipient. As a result, SMEs or the immunity recipient are in principle only liable vis-à-vis their own direct and indirect purchasers unless the other injured parties are unable to obtain full compensation from the other infringers.

The co-infringers may recover contributions from any other infringer proportionate to their relative responsibility for the harm caused by the infringement of competition law. The immunity recipient receives special treatment; the amount of its contribution may not exceed the amount of the harm caused to its own direct or indirect purchasers. For contributions to so-called "umbrella damages" (i.e., from customers of non-infringers), the immunity recipient shall nonetheless be liable in proportion to its relative responsibility to the harm.

Extension of the ratione materiae of consumer class actions

Calculation of the statute of limitations

The common law tort statute of limitations applicable to most competition damages claims is five years as of the moment that the injured party has knowledge of the damage and the identity of the infringer. The Competition Damages Law now provides that the statute of limitations only starts running as of the date that the infringement on competition law has ceased and the claimant knows, or can reasonably be expected to know, of: (i) the behavior and the fact that it constitutes an infringement on competition law, (ii) the fact that they have suffered harm, and (iii) the identity of the infringer. In any event, the claim must be brought prior to the lapsing of twenty years (as the case may be suspended or interrupted) from the end of the infringement.

During an investigation and/or infringement procedure before the competition authority, the statute of limitations is interrupted.

In summary, the Competition Damages Law introduces a new framework that will facilitate injured parties in litigating their competition damages claims before the Belgian courts with a view to obtaining compensation. Although the EU Competition Damages Directive is an instrument of minimum harmonization, the Belgian legislature has remained relatively faithful in its implementation and has only occasionally granted more protection to the injured parties, by, for example, further restricting the specific regime applicable to SMEs in case the other injured parties are unable to obtain full compensation, and by extending the consumer class action regime. 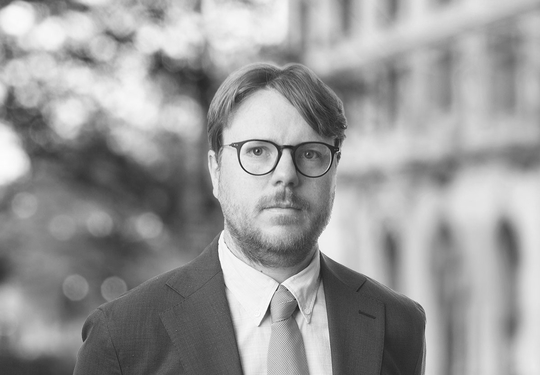