First Circuit: Two affiliated funds did not form an implied partnership liable for pension obligations of a portfolio company, but private equity funds can still be subject to controlled group pension liability

Because of the First Circuit’s finding that the Sun Funds had not formed a "partnership-in-fact" when they invested in Scott Brass, they did not meet the 80% ownership threshold for controlled group liability under ERISA and therefore could not be held liable for Scott Brass’s withdrawal liability.

Notwithstanding the ruling, "Private equity funds may still be exposed to the pension liabilities of their portfolio companies."

However, this decision does not disturb the arguably more significant prior rulings in Sun Capital that the Sun Funds were engaged in a "trade or business" which, if they had been found to be members of an 80% "controlled group," would be joint and severally liable for pension liabilities. Therefore, a fund and any of its 80% or more owned portfolio companies are still likely to be considered to be part of an ERISA controlled group and, accordingly, jointly and severally liable for the defined benefit pension obligations of any member of the controlled group.

Furthermore, the decision was based on a highly fact-specific analysis and, under other circumstances, related funds which each own below 80% of a portfolio company, but collectively own over 80%, could potentially be found to have formed a partnership-in-fact, creating a controlled group and exposing the related funds to a portfolio company’s pension liabilities.

Under Title IV of ERISA, if a company withdraws from a multiemployer defined benefit pension plan, or terminates an underfunded single-employer defined benefit pension plan, that company and all members of its ERISA "controlled group" are jointly and severally liable for any withdrawal liability or termination liability triggered by such withdrawal or termination. For an organization to be a member of a separate company’s ERISA controlled group, two factors must be present: (1) the organization must be under “common control” with the company (generally, 80% or greater common ownership by vote or value, going up and down the chain of ownership, including parent-subsidiary and brother-sister affiliations), and (2) the organization must be a "trade or business."

As to the second factor, the First Circuit held in its 2013 decision that a private equity fund that exercises sufficient control over a portfolio company may be considered a "trade or business" (the so-called "investment plus" test). In its 2016 decision, the District Court applied this "investment plus" test and held that the Sun Funds were in fact engaged in a “trade or business.” This 2019 First Circuit decision does not disturb these holdings.

As to the first factor, the District Court had determined that, even though Sun Fund III and Sun Fund IV held a 30% and 70% interest, respectively, in Scott Brass (i.e. each under the 80% required for controlled group purposes), the Sun Funds operated as a single partnership-in-fact with no meaningful independence in their co-investments. Based on these determinations, the District Court held that the Sun Funds were liable for Scott Brass’s withdrawal liability. The First Circuit reviewed this factual determination and found that the circumstances, taken as a whole, supported a finding that, on balance, a partnership-in-fact did not exist under applicable law. While recognizing that there was some evidence of a partnership-in-fact, such as ultimate control by the same two individuals and joint control of the day-to-day operations of the portfolio companies, the First Circuit concluded that the majority of the other relevant factors, including the corporate formalities observed by the Sun Funds (such as creating an LLC to acquire Scott Brass, filing separate tax returns, keeping separate books, maintaining separate bank accounts, and including express language in their limited partnership agreements expressly disclaiming any partnership with each other), "point away from common control."

1 For further background on the facts of this case, please see our prior client alerts: Private Equity Funds Held Liable for Pension Obligations of a Portfolio Company (April 2016); First Circuit: Private Equity Fund May Be "Trade or Business" and Subject to Portfolio Company Pension Liabilities (August 2013).
2 Sun Capital Partners III, LP v. New Eng. Teamsters & Trucking Indus. Pension Fund, Nos. 16-1376, 19-1002, 2019 US App. LEXIS 34983 (1st Cir. Nov. 22, 2019).
3 Sun Capital Partners III, LP and Sun Capital Partners III QP, LP were considered throughout the litigation to be one fund because they were 'parallel funds' run by a single general partner and generally made the same investments in the same proportions, notwithstanding the fact that they had different investors. 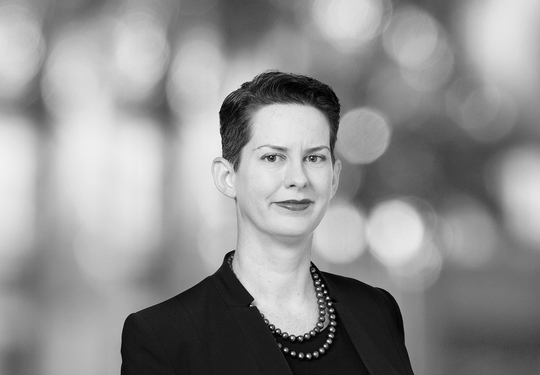